Not at all, I’m not so concerned with the points, just the pace of the game. It has very much affected how people play. Everyone’s much safer and it’s slowed down.

Hmm idk man. I think it’s just in your head. I played a few matches last night and still felt like KOTH.

Finishing a game with 20 caps now is equal to less than 4 full kills…what the heck? I agree points awarded for a cap were too high, but making it the same amount of points as an assist from spotting someone is a bit extreme.

It was already a pain finishing games with teammates that had <5 caps and same amount of kills as you in 3 rounds, but at least you would be rewarded for actually playing the objective.

TC back at it again tackling only the non-issues.

Good on you, TC General Discussion

I must say, I really love the new point updates to koth. I think the scoreboard is far more accurate now in terms of who helping the team the most in-game. MVP now actually means something. Now of course the objection is “Hey, no one is going to play for the objective now”. Ok, fair enough. But think about it; you still need to cap to win, thus, if you don’t cap, you lose, and thus drop in rank. To me, that is a big enough incentive to keep capping and breaking. And, lets be honest, its not li…

Players proficient at playing the objective and securing kills were always near top.
Those who could play the objective but were not great keeping it were middle of the pack.
Those who only roamed around for kills or stole downs and ignored objectives were at the bottom.
Players clearly in a much higher ELO than the rest of the lobby would generally be top of the board regardless if they played objective or not.

Now it’s just going to play similar to a TDM match for scoring (in my opinion).

Getting rewarded for capping the hill is extremely important. This is single handedly the dumbest move ever. It’s an objective game type! I can’t even with this company any more. A 9yr old would be able to tell you the importance of getting points in an objective game type and rewarding the person playing the objective. This is lazy.

Adjust the way the ranking is in koth rather than entice players to ignore the objective. TDM is where this type of play should exist. The ranking system should revolve around the objective in each game type and a little around individual skill. If you can’t get that right there’s no reason for a rank on that game mode.

Rank revolves around player skill on that particular game mode. If it’s kills for every game mode YOU MIND AS WELL just have one rank for all the modes. This is so idiotic.

Someone explain how dumb this is to TC. I don’t even know how they can call themselves game developers at this point. I rlly don’t. You’ve now ruined king of the hill. Good job guys.

They also let Nazis use SS symbolism on this forum, what do you expect from them? 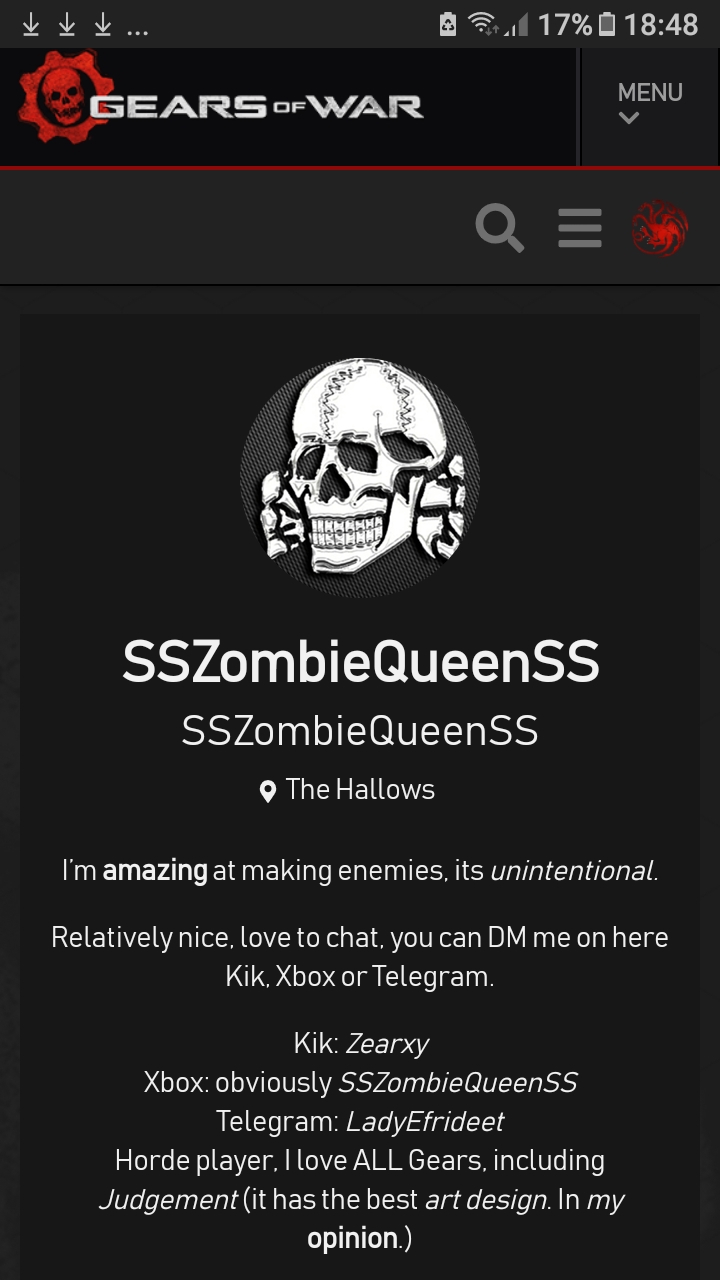 The 3rd SS Panzer Division "Totenkopf" (German: 3. SS-Panzerdivision "Totenkopf") was one of 38 divisions of the Waffen-SS of Nazi Germany during World War II. Its name, Totenkopf, is German for "death's head" – the skull and crossbones symbol – and it is thus sometimes referred to as the Death's Head Division. Prior to achieving division status, the formation was known as Kampfgruppe (battlegroup) "Eicke". Most of the division's initial personnel belonged to the SS-Totenkopfverbände (concentr...

This individual is also friends with a lot of the mods on this forum like @GhostofDelta2. Maybe that’s why they let this person get away with it.

Getting rewarded for capping the hill is extremely important

Adjust the way the ranking is in koth rather than entice players to ignore the objective. TDM is where this type of play should exist. The ranking system should revolve around the objective in each game type

Totally agree. They will have turned Hill into a farming (almost endless tdm) match. I’m a support player and spend most of my time capping, trying to break and not slaying particularly.

Just as Ryan is working hard to get us back on side, he lets this decision slide right through.
Why tc why? Where’s the feedback saying we need this?
If its purely because ranks ignore caps and breaks, then fix the ranking system to take these into account!!!
Dont de-incentivise actually playing the objective in the bloomin objective mode! Kills are a product of defending and taking a ring not the entire point of the game mode. Slayers, who ONLY kill and dont cap add pretty much nothing to the win. But now they can claim mvp, good work.

How can such a mind bogglingly awful decision make it to testing let alone into the full game?

Vigor- while I agree and support your stance, isn’t that a wee bit off topic. Keep reporting him on live Ms will ban eventually.

Calling out gamertags is against the forum rules … And why would it be TC’s responsibility to censor a gamer picture on xbox live?

Are you trying to tell me they reduced the points giving from caps/breaks because of a nazi invasion of these forums? If that’s the case then I’ll do my duty and never cap/break a hill again!

If I like something in the game then they for sure are going to change it. Most of the time I would do the exact opposite of what TC decides to do. Maybe that’s why the game isn’t doing so good. By the way there are no such thing as Nazi’s anymore. They died off in the 40’s so quit looking for them everywhere.

There are so many ignorant fools on this forum. sigh

Can we get back to gow here?

Sure, my previous post was my last about this subject in this thread. Just giving a heads up to the mods if they continue being incompetent and are reluctant to do their job.

Just roll your eyes at the totenkopf, report to Microsoft, and move on.

A lot of neo-nazi groups think that they get shut down for speaking truth and you’re feeding into their victim complex further by trying to incite a mob. You’re making them feel right.
Take this up with Microsoft, it’s not the forum’s or TC’s problem.

Now on topic…
What’s with this KOTH change? Are kills unchanged in terms of points? (Long week, been outta the loop)

Breaks were 100…yea wow, I don’t understand this change. I thought the biggest complaint in KOTH was kill farming and not PTFO?