You ever play against an opponent that just seems to be able to literally move faster?

This isnt about being better. Im not talking about reaction movements. Im talking about game mechanics. Things that are constant. You blind fire. Yiu can only move as fast as the animation. Period. Im talking about their animations moving faster? I swear their are times where someone literaly can do things faster. Animations faster. I dont know enough to know if playing at 120 hertz does that. Playing at 240 hertz. Is gears framerates capped on pc at 120? Or does it go higher if you have the hardware. Is it playing on an x at 120 hertz on pure fiber? I dont know? Anyone else? Thoughts?

@Cedar_On_Mid was the same but they now have a series x.

These 2 might be able to give you an answer or at least some interesting information.

I have series x and play at 120 and the game still plays as every other gears, it just looks smoother when i get killed.

These faster players is possibly the server trying to keep up with people on a higher ping. 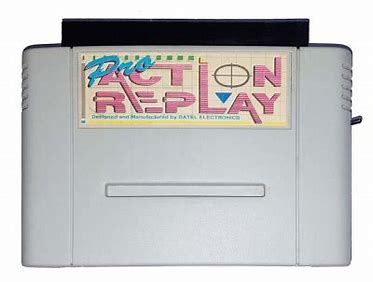 More than likely PC players playing on a 120/240Hz monitor. The higher the refresh the harder it is to hit them if you’re playing on a standard 60Hz tv.

I tested this out back in the day with a mate on Quake 3. We were pretty much even on that game, matches normally 10-9 to either one of us. My friend got a 120Hz monitor so he tried using that when I was on my 60Hz screen, all my shots looked like they were going through him, I just could not hit him, went 10-2.

A lot of PC players now are on 240Hz so that just amplifies things on their behalf.
If you’re on the Xbox 1 S/X and you play against a PC player on a 240Hz monitor, they will have to be playing with one hand for you to win.
That coupled with the notorious lag and questionable netcode means for an awful experience in VS if you’re on an original Xbox (not sure about the series X as I’ve never played on one).

Playing on PC does not make the game literally faster.

Im talking about their animations moving faster? I swear their are times where someone literaly can do things faster.

What you’re most likely seeing is a mouse player being able to turn around faster than you because they don’t have a fixed sensitivity cap like a controller. Even a relatively low eDPI still allows for faster aiming if you just move the mouse really fast.

You can play on mouse on console.

You are correct, nothing will make you run physically faster. I got side tracked and started on about refresh rates.
As you stated you are able to turn a lot faster on pc than xbox due to the mouse and changing the DPI to suit you so combine that with wall bouncing it could give the affect that a play is moving physically quicker.

Higher FPS helps to an extent but what really makes a difference is the monitor refresh rate.

If you’re wanting to multiplayer game on a pc, the minimum refresh rate for a monitor you want is 144 but ideally 240 or 360 depending on budget.

A lot of PC players now are on 240Hz so that just amplifies things on their behalf.

If you’re playing on a high frame rate, like 200+ the game (for you) actually feels a lot slower. There’s been a few times where I’m playing against someone, and in my head it’s like — that kids ■■■■■■■ quick — but it’s just down to the player.

There’s a lot of delay removed by playing on PC — and this delay does impact how fast you’re able to move but broadly you can move almost as fast on console 60fps as pc 240fps. If I go play on my Xbox One, I can still bounce really fast — however the odds of me hitting anyone while doing this nosedives so I’m less likely to try that, because it isn’t going to work.

PC advantage is a lot more noticeable when the PC players are walking, standing still etc. Not really when they’re flying around.

It’s because of the netcode and lag and terrible programing, nothing to do with PC/Xbox or framerates. If you play with higher ping you will always see the enemy moving faster and teleporting, they don’t have inertia like you…