Hi, I want to know if there will be a special edition XBOX One X Console with Gears 5 Collector Edition Bundle?

We all have our fingers crossed, at least I do. Dont forget though with 4 we got the cog and crimson pad (elite also) announcement before the console.

Might be the same this time ? If we do get the console.

Why, there is a live thing on twitch today/tomorrow ?

The Coalition E3 presentation… I think along with all the news and info we are going to get, they are going to drop a bomb on us (in a good way)

Okay cool thanks, I worked a lot in the past weeks and didn’t keep track…I thought E3 was already over…
Not working today to so I can probably watch live.

Here is the info : 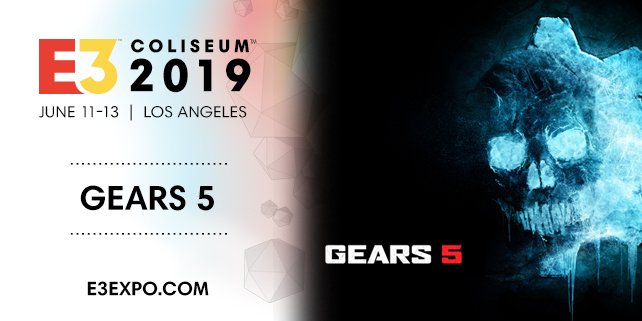 Join @GearsViking at the #E3Coliseum for an inside look at #Gears5, coming later this year to @XBox and PC. #E32019 https://t.co/QOa74rVCXB

but on site it says :

There is nothing about Gears 5 or coalition… only the Microsoft so I imagine it’s going to be short or long segment.

Hope they do announce a console before preorders are available. I hate buying something twice.

I don’t know if Gears console bundle would be a good thing because the next Xbox console may come next year. I wouldn’t like to buy two new consoles within a year time frame.

Good point. I was just thinking about the game coming with it. If preorders go live this evening, I’d be likely to order. Then they offer a console in August that includes the game. Ugh. Just take my money.

whats tomorrow and where?

That was referring to the E3 presentation which took place a couple hours ago.

I know I watched live…

I’m hyped for all the games…

A good and HUGE and well structured story there is PSO2 (Phantasy Star Online 2) that is coming… it’s as a story mode and MMO, PVP, Quests, Achievements, at the sametime. but now with audio chats wich is freaking awesome. I played the Japanese translated to english version by fan for more 7 years and started when it was beta too. Great game and if they do and release everything step by step like they did with japan instead of release the latest releases and hope I can link my character from the japanese version with my xbox it would be amazing.

Anyway I’m hyped for Gears 5, I just played the Gears 4 story mode and a bit of multiplayer for a bit but didn’t get gooked and even sold my limited gears 4 console too because I was bummed out by Halo 5 at the same time too… so I hope with the new games coming it’s going to be better.

I’m going to get the digital version just to play until the limited edition new halo console coming that I will definitely buy. I though there going to wait another year for releasing their new console. I’m hyped for that also… 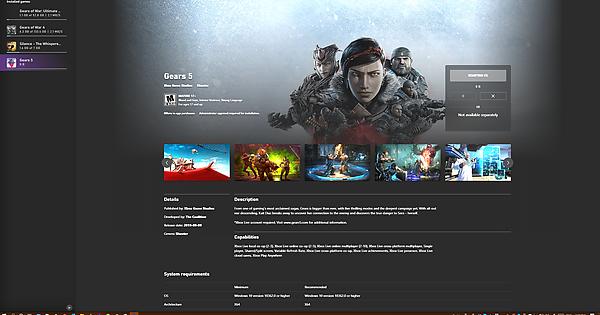 Because I was waiting on TC to confirm this.

I don’t know but it’s activated with the Windows 10 DEV releases, the quality is pretty good but it seems to crash a bit often. I don’t know if it crash because of the HDR or the DEV release. I’m going to download the latest version of Windows and re-install the game to see if it stops crashing everything I try to do CO-OP Insane after a few minutes…

I really hope TC/MS announce a ltd edition machine and pads. My JD one broke a few days back so I need a new one. I still have the Crimson ones but still.

I saw the Xbox Elite Series 2 and was really excited.

Then I saw the release date

November doesn’t make a lot of sense when the marquee exclusive is September. I’d buy a Gears elite 2.0, but it would be nice to coincide with launch.

Said it on a previous thread, I wish I could get this in Europe. I really want that collectors edition.