Wow. If you have not learned the wrap-around shot you need to!

I was watching videos on how to do the wrap around shot and it makes a HUGE difference. Almost no one expects it and it is an instant gib around cover.

I hate how nonsensical most of the trick shots and advanced gameplay “moves” look. Like two guys sitting on a piece of cover and all the sudden one just explodes into gore while the other simultaneously shoots and roadie runs off into the opposite direction.

Being clear, I like trick shots and wallbouncing as they raise the skill ceiling considerably. But from a spectator’s point of view ■■■■ just looks silly.

I get your point, but I’d rather learn and use them then get killed by them.

They might as well. Even in cover on the same elevation you can still get shot -.-

I personally hate up As and reaction shots. Takes no skill. Reaction shots should be like UE because you actually have to know the timing to do it correctly.

Not sure what level you’re playing at, but at the higher levels, people DO expect it and counter it. It’s definitely not a free shot.

I hate those shots… 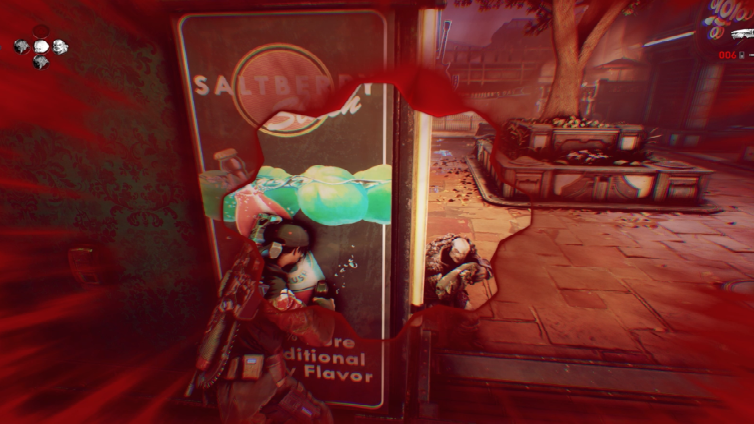 That’s the wrap around you guys were talking about? Thought you meant up A and shooting around the cover “reaction shot”. https://gamerdvr.com/gamer/rampage-xyz/video/80922098

IMO, the fact that TC keeps all these arcane shooting mechanics in the game (up-A, back-A, wrap-around, reaction shot, etc.) directly contradicts the argument that they’re “casualizing GOW.” They could make the game much more approachable for newcomers by streamlining shooting mechanics, but opt to keep things the way they are since the self-stylized “hardcore” fans would lose their minds if the old exploits ever went away.

Thing is, this was always possible but the prevalence of competitive and Gears 4 really made reaction shots/UP variants common in the meta. It was one of those things I was practicing before I quit Gears 3 all together.

Never really got it down and it definitely showed when I picked up G4 so late in its life cycle LOL. I’m better at it now ofc but not as good as I could be. I still do very well with my archaic G3 style of play regardless and knowing how to counter it is far more important anyway.

The inward shot itself actually wasn’t uncommon, it’s just more people use to commit to a stop (very punishable against multiples) rather than continue running.

Wasn’t really a thing in Gears 3’s general online meta, same thing with A-strafing early (first few years) of G3’s life cycle. The reaction shot itself is extremely versatile as far as timed evading and shooting goes since your camera view doesn’t matter as much compared to wall bouncing but the UP A itself can be pretty predictable, becoming a very punishable action on your opponents part.