Why must this be?! (AI issues)

Me when I realized how much horde sucks now: 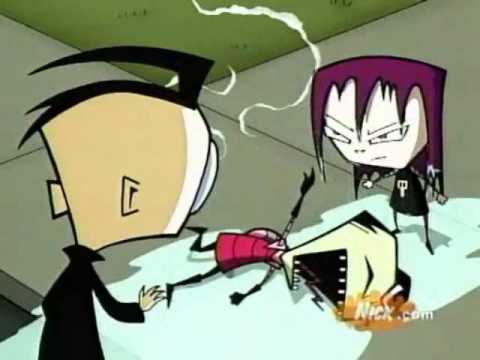 Jokes aside, I am utterly confounded by this, horde is so easy it’s beyond boring, the enemy AI is completely brain dead, all they do is slowly waddle towards you until they die.

Now, I played GoW 2 when it came out, so one could claim I’m looking at this through rose tinted glasses, but the main comparison I want to draw here is between 3 & 5, and I didn’t get to play 3 for the first time until just 2 years ago.
Furthermore, the last time I played GoW 3’s horde mode was just 2 months ago, so these memories are still relatively fresh.
I’m just going to describe a few things that happened while I was playing 3’s horde mode, to show what a stark difference there is between 3 & 5’s respective versions of horde mode.

Alright, example number one:
I’m playing on that hotel map, and I’m scurrying aboot, killing drones, tickers, and the like, mostly using my gnasher.
Things are going well, and I’m starting to wonder if my buddy lied to me when he said 3’s horde mode is actually good, but then, right as I turn a corner into another hallway, a Locust grenadier elite pops up out of nowhere and gibs me in one shot with his gnasher.
I was shocked, I’d never had a horde ai gib me before, not in 4, or 5, but there it was. And that was just the tip of the ice berg.

Example number two:
I’m taking cover, trading fire with a few drones and one cyclops. I kill one drone, then the other two stand up and unload on me with their hammerburts, forcing me to duck into cover.
They keep shooting to keep me pinned, and as I’m waiting for my health to recover, the cyclops sprints around my cover, and before my brain has even processed what just happened, he revs up his chain bayonet and cuts me in two.
This completely floored me, I couldn’t believe it, horde ai, using actual tactics? Teamwork even? What kind of sorcery be this?
I couldn’t even remember for sure if the horde ai in 2 did that, but they definitely didn’t in 5.
And that wasn’t the only time, later on in that same match, I was taking cover behind a counter, as a grinder was firing on me, when two grenadier elites showed up.
They each tossed a grenade, one to either side of me, so my options were; sit there and die, or run out of cover and die to that grinder’s mulcher.
I opted for the latter and died to the mulcher, but was again impressed by how well the ai could coordinate their efforts.

Third and final example, for now:
I was dug in, in a really tough defensive position, and two of my teammates were sniping Locust from a higher position, so the Locust grenadiers couldn’t get an angle to just chuck a grenade into my position.
One grenadier tries, and gets sniped, with his grenade falling short.
Then a second grenadier shows up, he takes cover behind a vehicle, positioned just right to avoid my buddies, and then he seems to sit for a moment, having himself a think.
After a short wait, he stands up, and throws his grenade, away from me. At first, I thought the ai was just bugging out, or aiming for one of my teammates, but no one was in that direction. Then, the grenade hits a wall, bounces off the wall onto a car, and bounces off the car directly into to my position, and explodes almost immediately, killing me.
I had to take a moment to process that, this ai not only figured out how to angle the throw just right to get me, but also calculated the time it would take the grenade to get there, which essentially “cooked” the grenade before it reached me.

Summary; In GoW 3, the ai in horde mode killed me numerous times using; ambush tactics, teamwork, coordination, strategy, and f**king applied geometry.
How does GoW 5’s ai kill me? Even on the highest difficulty, they just waddle towards me while occasionally firing their weapons, relying on their psychotic buffs and sheer numeracy to overwhelm me.

What makes this even more confusing, is that I know TC can do better. The ai in GoW 4, though a step down from 3, was still miles ahead of 5. The swarm in 4 never used math to kill me, and they made little, if any, use of teamwork , but they at least had some basic understanding of tactics.
Plus, the imagos sometimes used lancers, and would chainsaw you every now and then, which certainly helped.

So, I ask you again, why must this be? What the hell happened?

What I feel happened is instead of doubling down on the improvements Epic had introduced with every title (besides judgment) T.C. merely doubled down on what Epic was avoiding. Gears 2 and 3 was the best time for any version of horde, so so good.

They claim to have loved these games but most of the time it feels like they didn’t even play them.

Also, bring back lancer imagos.
1.It’s the only damn way I can actually get my hands on the OG lancer
And
2.They were actually a fun fight and at least had any semblance of challenge.

Ais are so robotically laughable in gears 5. Almost like no thought has been put into them.

And when you up the difficulty all it does is make them them one shot you. No real extra tactics or anything.

I like the level of challenge in Horde now. Finishing a full game of Horde in 3 was ridiculously hard.

Hell yes!
I have no idea why they decided to remove them, especially since they’re still present in the campaign.

Lancer imagos and retro drones, put em in!
Oh and flame grenadiers!
Randomising poppers grenade types too might add a bit of spice.

So much yes, and maybe they could give grenadiers frag grenades again, and have normal grenadiers throw grenades like the elites do.

A lot of it, i would say is down to the enemies you face and their weapons. In the older games they were a lot more brutal. I can still remember vividly some of the insane runs that ended in a fail on Gears 2, eg a wave 47 fail on Subway where we were camped by the sniper spawn. Boomsheilds a plenty, we were doing well then a grenadier throws in a frag and boom, whole team dead.
Also a game on Canals, wave 49, camped at spawn and down to the last 5. One player had a mulcher on a boomshield ready for the rush which turned outto be 4 cyclops and a grenadier with a boltok. Mulcher player overheated the mulcher and they cyclopses just waltzed in and ruined our chances of top score.

On gears 5 i dunno, once you are levelled up, Master is too straightforward and never really gets the adrenaline going in the same way nor does teamwork and communication seem as vital to success. In years to come will i have memorable moments from playing Gears 5 Horde ? Unlikely as it really does just feel like a straightforward excercise, even with randoms.
In summary, i’d say the AI was still dumb in the old games but the enemies in 5 have been handicapped to make beating the hardest difficulty a realistic possibilty for most players, presumably because the challenge of doing so is now tied to achievements.