Why do bullets come from the center of your avatar rather then from the clip straight through the barrel?

Has any one at the TC ever shot a gun before?
Sure visually they come out of the barrel.
But its blatantly obvious that they don’t. Why hasn’t any one bothered to put in code for a gun that doesn’t violate standard reality about guns and how they work .
In gears 5 you can be standing should to shoulder with some one facing in opposite directions and get a one shot kill. You can shoot behind some one who is running side ways and get a one shot kill.
You can shoot your Lancer at some one running left or right and the the aiming circles won’t be on or even infront of them they will be trailing off.
Maybe the TC should work on making code for mechanics before graphics

because none of the firearms in gears of war use clips

That’s hilarious cause clips are sitting all over the ground. Have you never played gears before? And no the shot gun doesn’t have a clip. Either way it should start from one end of the barrel where the shot is loaded then go out if the end of the other end forward.
What grade are you in?

I think they were getting at the whole calling a magazine a clip bit. Could be wrong.

yeah that’s what i meant

Ryan Cleven made a video explaining how aiming works in this game. 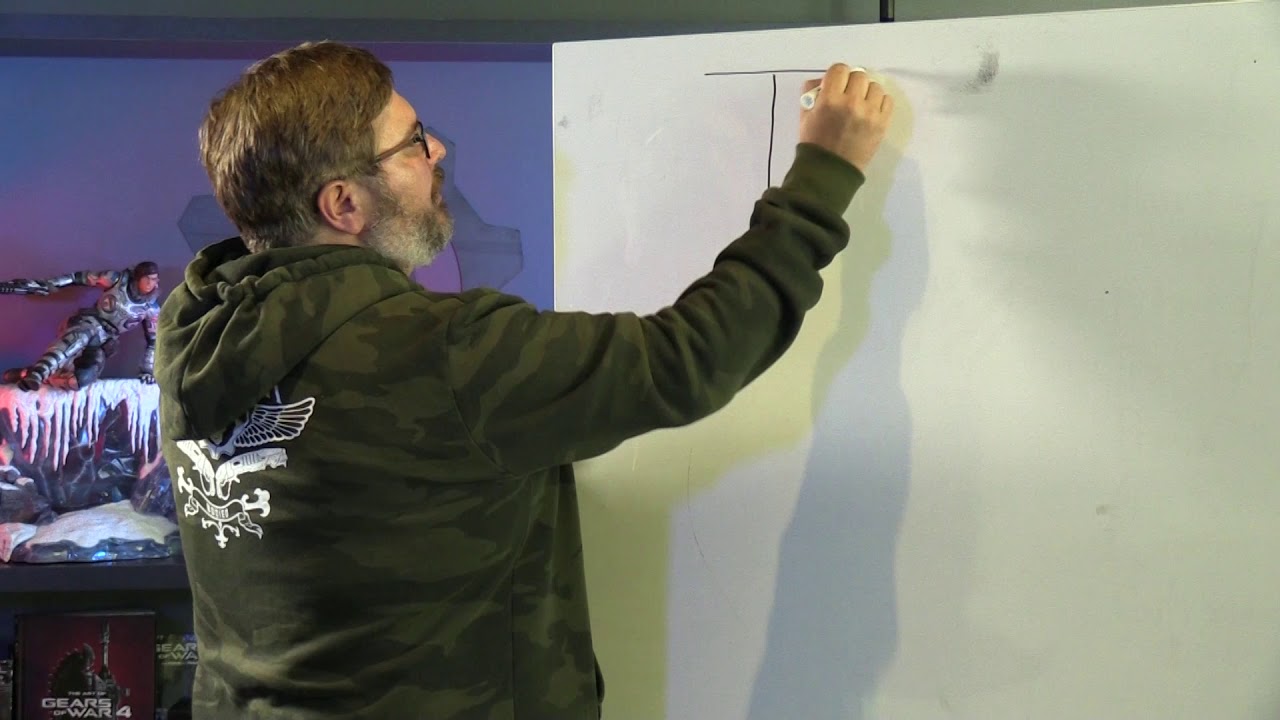 My favourite quote from it timestamped “you haven’t moved, the character hasn’t moved, the gun hasnt moved, the bullet will take a slightly different path.” -Ryan Cleven (https://youtu.be/STu8NPZ0yDo?t=377)"

Didn’t TC make a big fuss about switching to barrel aiming? I am sure I recall during Op1 this happened.
I said this when discussing wrap shotting that TC should pick a lane and stick with it. Go for full barrel aiming or centre screen aiming. Don’t use a mix of both.

The base principles for the shooting mechanics in Gears 5 are the same as its been since Gears 2. The issues you described have nothing to do with changes TC has made and everything to do with basic challenges that arise from a game being third person.

Has any one at the TC ever shot a gun before?

Have you ever played a Gears game before?

Why accept a broken mechanic that makes the whole genre the game is placed in null and void?

I love Gears of Triangles.

Like the fact that you never see them topping up the gasoline tank on the lancer’s chainsaw? @GhostofDelta2