Why are we being kicked from Ranked Matches Constantly,

Today March 25,2020 marks the day that I have started having server issues. One of which being kicked from ranked matches. Game would drop connection around half way through the game. I noticed quite a few players was having this issue. I apologize for not having a screen shot of the error message that read after being disconnected. You can join back and it’s usually not a big deal.But some games it asked to join back, I tried and it would say that match no longer existed. Obviously unless every one lost connection, the game mode should have still be playing. Noticed the count down before a match began was pausing the jumping. This was a clear sign that today was going to be a bad day in GEARs. Being the FAN I am, I grinder it out and delt with it. But I thought someone should know this is happening. To rule out other factors I checked the traffic of the isp, my ports, my speed and statistics. Checked cables and cleared stored memeory on my router. Using Comcast broadband with a solid modem and gaming router: Xbox is the only thing on my network with a hard connection. Using a well insulation cat 6A patch cable. Also well as a static op for the Xbox and dmz.i cleared cache on Xbox, did a hard reset, cleared modem and router. This did not fix the issue of every other game being disconnected from ranked matches. Has anyone else had this issue or felt like the game did not feel right today?

Makes sense, but the Hispanic community was definitely on all day. My lord that’s the most I have ever seen, posting groups and in matches. But if the server is overloaded wouldn’t it affect everyone in that game?

I would think so, don’t know what’s going on

Got kicked twice in back to back games out of nowhere. Rarely happened before

Where did you read this? I can’t find anything on it. Link?

Same thing has been happening to a couple of my friends. I’ve been lucky enough to not experience this. It makes it impossible for them to play the game since they get kicked out minutes after joining a match (in both matchmaking and private) 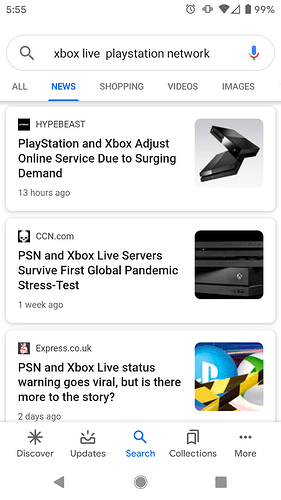 There’s a few articles out there… Not one in particular.

I’m just glad I was not penalized for it. But as player I feel bad for the teams I was on as well as other teams that have to deal with this. I have not had this happen to me again. It was just that one day I was constantly getting kicked.