Which classes can potentially do lot of damage done in horde?

I know BM and demo can potentially do lot of damage done in horde.

What are the other classes that can potentially do lot of damage?

At this point, practically anything as long as it’s played properly, including some niche engineer builds.

There really isn’t a class that can’t potentially deal a lot of damage in standard horde or frenzy. Off the top my head BM would probably be #1 while jack would deal the least.

Outside of Demo and BM…infiltrator, marksman and veteran and tact would follow those 2 (IMO).

Does the icy precision still work on swarmak (when you shoot the markza at the blister during x-ray)? And it immediately kills the swarmak.

I haven’t played that class for a while, hence, why I’m asking.

Since BR doesn’t have swarmak, I haven’t been in that situation in a very long time. I’m sure someone on here knows.

Most of the Assault/Tank classes can wreak havoc under the right build and circumstances. Ever seen a stimmed Nomad with Armored Shot or a TB build Gunner go to town?

A lot of this is situational, it depends on what other classes are on the team and what opportunities there are for dealing that damage.

This is why a lot of players dislike playing with good (good as in high level with maxed cards, who know what they’re doing) Demo’s, Tacticians or Marksmen with Explosive Headshot, given the right circumstances no-one else gets a look in.

I played a game a while ago on Overload as a Demo (all my cards on Demo are maxed) and the Tactician basically wiped the map wave after wave with a locker full of GL’s and his ult to the point my presence was made redundant. I didn’t kill a thing from wave 35 to 50.

Jack would deal the least?! LOL huh??? I would bet my entire stock portfolio that you can’t outdamage Jack in 12 or 50 waves and it doesn’t matter what class you play. Or are you trying to say that you just ignore the damage total for Jack? Because I have a screenshot of my 15 million damage - on Frenzy - and I guarantee you’ve never done that with any class lol.

Because even if that’s the case and you ignore the damage numbers, on the average Frenzy I’ll outkill the entire team of randoms as Jack. He’s by far one of the best killing classes in the game. Nobody else can wipe a wave without even taking a risk to do so lol.

As for OPs question, Pilot does massive damage if you whatsoever know how to play, Gunner, any melee class played well, infiltrator. You know, basically everyone played right. I outdamaged a Pilot on Master Nexus 1-50 who was I dare say a very good Pilot, but he would stun lock enemies with a Dropshot and I’d just murder them with Rain Down, Acceleration, Markza Mastery, and Consecutive Shot. I hit over 5 million which isn’t half bad given I’m also a defensive class trying to fear away threats.

Marksman of course should be mentioned, any skilled marksman will destroy your damage numbers unless you’re Demo just pushing Y.

Wait, you can reply to someone’s messages???

I must be dreaming…

I’d just like to draw your attention to the fact that it is realistically impossible to get 15 million damage in a Frenzy no matter the daily, and that Jack has a bug with Hijack that results in an artificial damage count of 1 or 2 million at the end of a wave.

I’m not saying Jack doesn’t get to do damage with the hijack build, but the damage you listed is not representative of anything because it’s a false number caused by a bug. I’m sure you’re aware of that, though.

Keep up that kind of talk and the Ghoulish Jackington from Down Under will give you a haunting you’ll never forget!

I’ve seen totals from 1-6 million on wave like 7 of a frenzy which is impossible when jack hijacked and killed MAYBE one scion.

EDIT: You probably shouldn’t make bets unless you are 100% sure you are going to win. Just a tip. 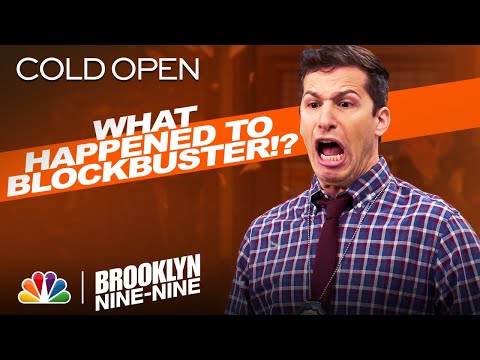 It probably was an accident.lol. I know how prideful he is about that.

That could be true.

There seems to be a trend when people say things about the game that are simply incorrect but presented as if it’s true.
I’ve just watched a YT vid that was posted 1 day ago with over 37K views as of now. The guy in the vid just trashed the game but admitted he put about an hr of playtime and never even touched the hardest difficulty.

Adding - saying that Jack is the most damage dealer is the same as to claim that everybody can get top1 on Onlsaught. When everyone knows people cheated to get that time.

The sad part is people will actually believe this guy and adoption his opinion.

I honestly don’t even look at game reviews that are within a month of the release. I just don’t think it’s enough time.

Every class has potential for damage. But getting alot of damage isn’t every class’s role.

I was told that Thrill of the Hunt was “a useless card” one time on here. They said it with such confidence too.

But yeah, alot of people make stuff up and misinformation spreads like wildfire.

Brawler still is underappreciated by many.