Where's the source for three new Gears of War games?

Do you believe this?

Three? Where did you hear/see this?

Three? Where did you hear/see this? 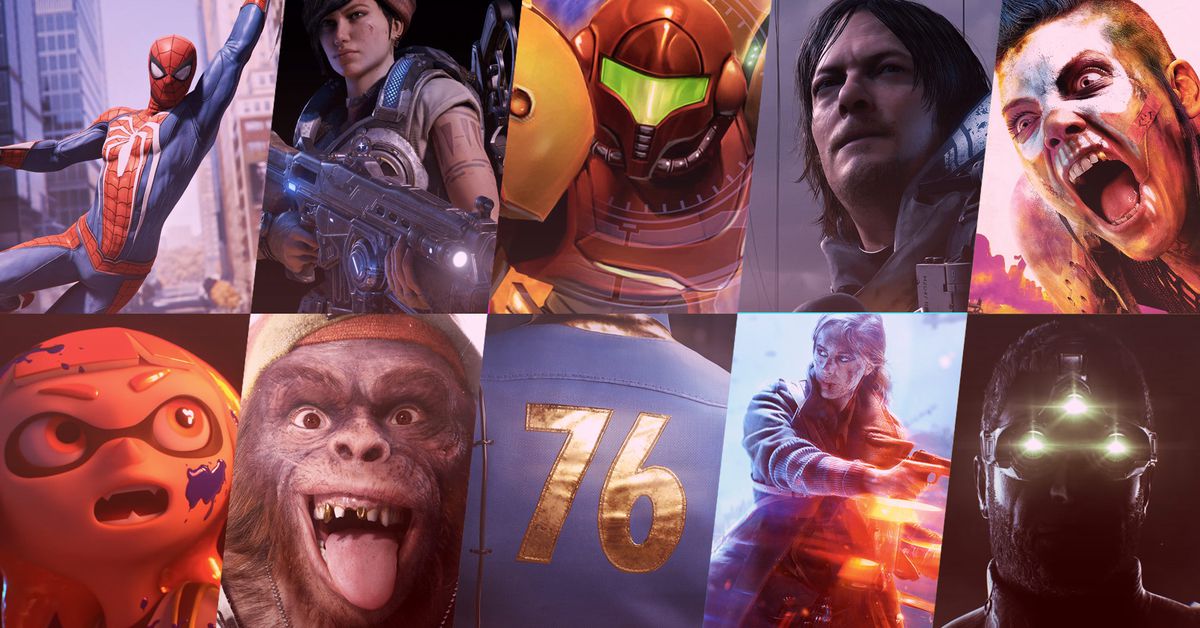 The biggest rumors include multiple Gears of War games, the next Elder Scrolls and a new Splinter Cell 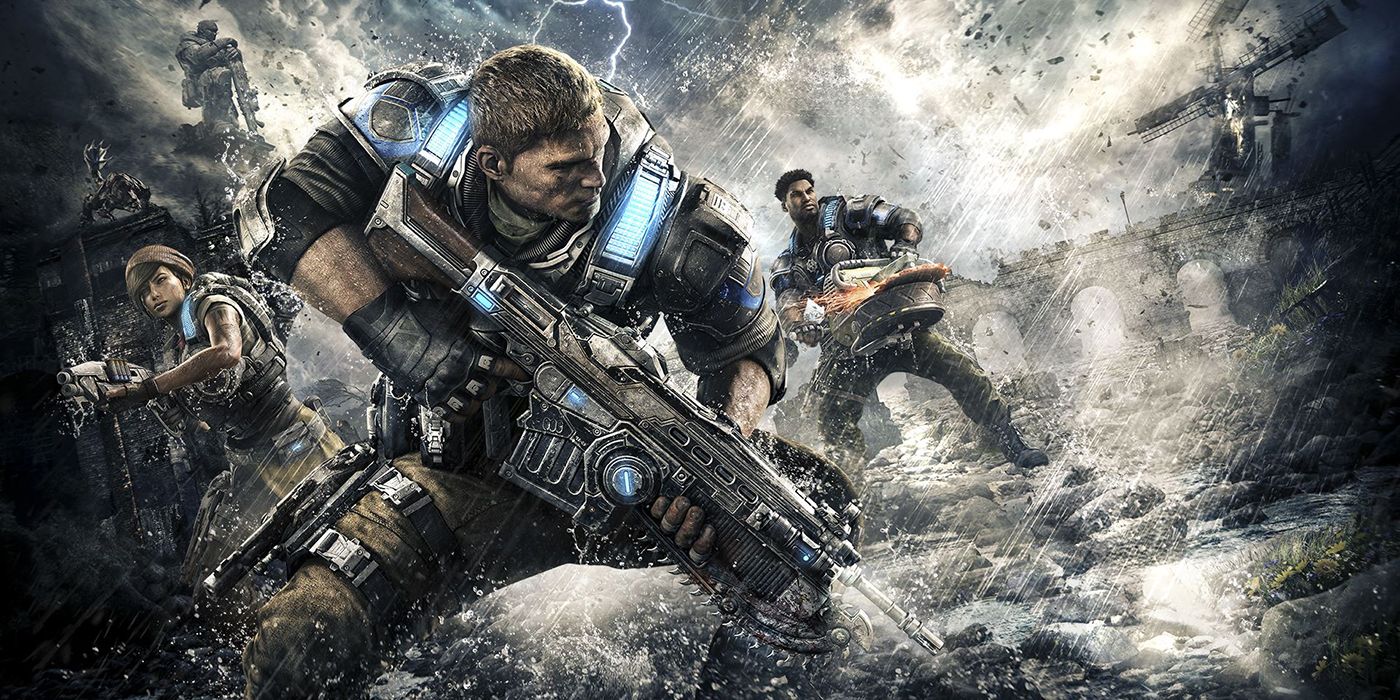 Microsoft Studios is rumored to be developing 3 Gears of War games.

They say a Gears of War 5, Strategy one like Halo and Battle Royale.
Kinda feel like they made it up.

Very interesting…I don’t doubt they have a few planned for future dates…I’m not going to say this series is Microsofts bread and butter but it’s one of their best so why not keep it going? E3 is next week so let’s see what happens

Not saying Polygon is wrong, but the year-long rumours were that we’d be getting a spin-off Gears of War game at E3, with Splash Damage being heavily involved.

Then the Walmart Canada leaks happened and they had Gears of War 5 listed. I took that to simply be a placeholder for the next Gears game, same reason they had Forza Horizons 5 (re: Horizon 4 hasn’t even happened) etc.

But people were convinced it meant the next Gears game, which could be true.

Though I think it’s either a spin-off or TC could surprise us and announce a Gears 5 for next-year (three years is the average dev cycle for games like this) but I doubt it’s three whole new Gears games.

The RTS rumours started when people realized Gears was the only game of the trinity without a side-series like Halo Wars and the Horizon series.

The BR stuff just seems like the latest craze at wanting every game to have it’s own BR. There’s even Halo BR rumours floating around. I seriously hope MS doesn’t attempt to spin Gears off into a Battle Royale.

Doubt it. That’d be a huge waste of resources and time for games we have no interest in. Gears doesn’t belong in BR and especially not a strategy game. On top of that we’ve been asking for GoW2:UE for how long?

Doubt it. That’d be a huge waste of resources and time for games we have no interest in. Gears doesn’t belong in BR and especially not a strategy game. On top of that we’ve been asking for GoW2:UE for how long?

There was a bird-eye view strategy game back around Gears 3 to Judgment period, which was later cancelled and stopped in development after leaked, I think.
That could be the strategy game they were referring to, but I heavily doubt it.
The Battle Royale, it could be similar to Judgment Free For All, but still doubting on it.

the only thing sure about three new Gears of War games ,is that Nothing is for sure (dont believe anything until its announced at E3 )

Still not sure how I would feel about a battle royale gears game. Also I dont see why coalition would split labor for multiple titles again that took a lot of resources away from features on gears 4 last time they attempted that

I think a battle royale would be fine, since people always wanted to play Free for All, if it cannot be done on a traditional Gears Game maybe because of map design, complexity of designing the mode than best bet if to make it a spin off mode which is bigger and better.

Yes, but where are the rumours from?
They don’t even state it.

I don’t mind 3 titles though

I could be completely wrong but I think Polygon simply heard three different rumours about what the ONE new spin-off game could be.

Gears BR just sounds horrible on every level. Gears RTS sounds more likely, but after Halo Wars 2, I don’t want to see another watered down flagship experience. Especially one that’s so niche for an already niche game.

To be honest, I’d rather a true survival horror take on Gears, maybe one where you’re a civilian during E-Day? I don’t know, but definitely no to a BR lmao.

Battle Royal well I don’t know how they can add it to the game … free for all is better imo but you never know lol TC has changed a lotta things and maybe just maybe something is true but we’ll see 1 week to E3!

Maybe I’m just a hater but the idea of TC making a Gears BR game goes against pretty much everything that makes Gears… Gears, you know?

Sure it could work and it would probably be a lot of fun, but following the trend and changing major aspects of the game (such as FFA instead of squad based) seems like a lot of changes for a brand that has an identity already.

I just imagine re-balancing weapons and creating a map that allows for such a large number of people to play on and the other design changes and it just makes me ask “is it worth it for an already saturated market?”

If you’re not Fortnite or PUBG, it’s going to be tough to break into the market. And most people aren’t going to be looking at Gears to provide them the fix that both those and dozens of other games will.

But by doing this, you do risk alienating much of the fanbase who do look to Gears of War to provide a Gears of War experience.

If so, this sounds like an allocation of resources that would be put to better use developing original IP.

Microsoft get criticised for not having enough of a varied first-party lineup and they respond by offering three Gears of War games, a new Halo and another Forza spin-off?

I’m not as passionate about the subject as I used to, though my thoughts on the subject remain the same.

I’ll probably be sticking with Xbox for the foreseeable future so I wouldn’t call this year’s E3 Microsoft’s last chance for me, but I am taking tabs.

Either Microsoft solve its own problems or take it as another sign that I should consider moving on.

Great read, I agree with you on a lot of that actually. Xbox for me is also my preferred means of gaming when it comes to multiplatform titles, even though I have other systems and am in the midst of building a gaming PC.

I plan on purchasing the next Xbox as well (unless it’s somehow so terrible that it’s not worth it) but all “rumours” right now suggest that MS is planning to “go all in” next-gen.

Which leads me to wonder, how exactly are they going to sell people on the Nextbox when they lack the momentum right now? How are they going to convince people in the future when everyone is watching, waiting, now?

They can’t expect people to hop on board after MS serves them 5 years of nothing.

I miss the days when Microsoft had a vast and varied lineup. Sadly, it’s not just this generation that’s lacked but it’s actually a continuation from last-gen as well.

We’ve been getting the trinity of Halo, Gears and Forza since the latter days of the 360! That’s almost a decade!

I love all three franchises but MS is killing them by not offering new and varied games in-between the Halo and Gears. They’ve made people feel burned out and the games stagnate over time.

Not to mention Sony has allowed their studios to branch out, meaning a second chance for some teams. Guerilla Games went from a lackluster Killzone: Shadowfall to a praised Horizon: Zero Dawn. Santa Monica went from a very mirrored (to Gears of War) game in the form of a uncertain franchise, God of War, to now having put out what some would call a “generational game”. Naughty Dog went from Uncharted to creating The Last of Us, what people praised as a “generational game” last-gen.

I’m skeptical of this E3 as the last E3 seemed like a place where MS would bring the big news to accommodate a new $500 console and yet they showed off things we’ve seen.