Where the F*ck is Griffin?!

Hey Coalition, where is my man Griffin? I would really like for him to appear in Gears 5. Ice-T says he’s ready.,So what’s the delay?

If he’s not appearing in Gears 5…, at least tell us that it isn’t happening. Give us some clarity about that.

And in my opinion the character comments during gameplay were far better in earlier Gears games compared to Gears 5. In Gears 5 the comments are made less often,are a bit less guwesome or vulgar , and also less clear (if someone is at a distant during gameplay ,the comment sounds like someone talks trough a walki talki).

I liked the way characters made comments during gameplay in earlier in Gears, especially in Gears 4.

if possible , could you please do domething about this? And if not, please take this feedback into heavy consideration when making Gears 6 (or the next Gears of War).

Thanks in advance. I love this franchise and still playing it since 2006 (back when the shotgun was how it’s supposed to be ^_^).

Griffin is dead. So hes not coming back.

Though I think OP is referring to Griffin in MP…

While we’re on this type of subject. Can anyone tell me what happened to Jace? Apart from being replaced by Del in gears 4.

Not exactly. There’s only a hint in 5s campaign with Barrick’s lighter found in the theater, and Marcus saying that he can handle himself. 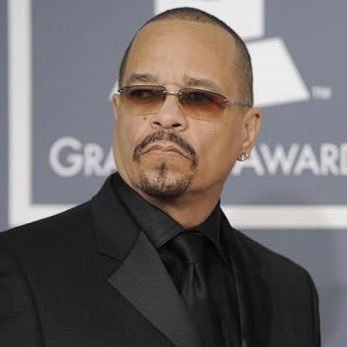 This is how I choose to remember @FINALLEVEL hope he makes a return to gears someday. pic.twitter.com/iBsiteSY0C
5 Likes
staindgrey (staindgrey) January 11, 2022, 8:47pm #9

Sounds like Microsoft just didn’t want to pay him for more lines lol.

Hes trying to rebuild Griffin Imulsion but without Imulsion and also keeping the name.

He might as well be dead. I haven’t read the newest Gears book but if Marcus runs into Griffin again, I would expect the confrontation to end with a snapped neck… and it probably wouldn’t be Marcus hitting the ground.

If Rustlung doesn’t catch up with Griffin and kill him, that is.

Besides rustlung being a factor, he could very well be alive.

Not sure if it’s a confrontation worth bringing up again though, why would Marcus go back to Char? Or unless Griffin relocated elsewhere and brought his former workers with him.

It probably wouldn’t be. Just saying that that’s the outcome I’d expect from it, if it were to happen. Unless Griffin went soft in his old man years and they shake hands.

Also pretty sure that Myrrah’s guards slaughtered all of Griffin’s remaining workers.

I’d probably expect a handshake, or at least either not killing each other as soon as the see each other.

Well, Marcus has definitely softened up. He’s still no-nonsense, but I don’t think he’d just go at him. He’d just hate him from his side of the room while keeping the facade of peace.

He was also dealing with Doms death, time has passed. Peoples minds clear, he may not feel the same. I know I wouldnt feel that ways towards Griffin after that amount of time.