Since I made power tap map overhead diagrams for all 37 maps dictating where all the tap locations were about a month ago…the next thing I wanted to know is if there was a pattern to determine where the taps spawn. i.e. is there a particular way to find out where the next 3 spawn after knowing the first?

First I’ll debunk some myths before unleashing this portion of the Gears Bible:

Of course tile-based maps (except Atrium) have only one combination that the four taps can spawn. Other maps like Foundation or Harbor have 8 different rotations.
The four-tap rotations are indicated by the red circles in each diagram.

Feel free to use these as a guide or for your reference in your horde games!

So here you are with more diagrams which clearly took some time.

Well here I am yet again to inform you I’m still working on Covering Fire!

I gotta make content somehow lol…whatever keeps me going till Gears 6…whenever that comes.

If I could l, I would kiss you lol for the amount of effort you put in.
Thank you!

As usual, incredible stuff! Thank you for this.

Lots of interesting conclusions I’m drawing from what I’ve inspected so far, if I’m reading correctly. For example, it confirms my gut feeling that if the initial Asylum tap is ever in the center Pavilion (on the side of the low wall away from the tracks), then it will never be a tracks-based set?

I must say that the second part of that is extremely challenging for me to accept. I have never, ever, ever seen the first Blood Drive under-track tap be on the wreck side, and then seen the next tap be the farthest Maintenance one or even just skipping one of the middle slots, for example. Are you absolutely certain there is pure order randomness for subsequent taps? Like I mentioned in v1, I only ever see new taps picked via adjacency.

It looks like all possible tap sets are grouped “near” each other, so some adjacency is unavoidable. But for the maps like Blood Drive that have such a linear or non-equidistant formation aspect, I don’t think they can skip to farther spots. Can they?

so is the order that they spawn in

This isnt true though. Once that first random tap spawns, an aware player will know where the next 3 will spawn and what order they spawn in. My group has played Village and Ritual an unhealthy amount and we can definitely tell where the rest will spawn based on that first one.

I expressed similar feelings so I don’t mean this to dispute your predictability claim, but Dr. Shwazz’s maps seem to indicate that only a subset of locations are unique to a single set. If you get a single one of the middle (raised) taps in Village, for example, it would be ambiguous. Are you maybe indirectly suggesting that the first tap could never be one of those middle taps? (I’d love to know either way whether that’s a true statement.)

I mean on certain maps it’s certainly easier to predict but my point was that it’s all part of a rotation. I guess some maps can have particular order.

Are you absolutely certain there is pure order randomness for subsequent taps? Like I mentioned in v1, I only ever see new taps picked via adjacency.

Nope I am not absolutely certain about that lol. Honestly, I have no idea what the first tap on a certain map could be. I just know that certain taps can be unique to certain rotations. Most taps follow some sort of adjacency - like biased towards one side of the map. But like Koty said there are some obvious spawn patterns on certain maps of course.

Yeah like the tile maps i dont think theres a way to tell where the next one will be after the first spawns. 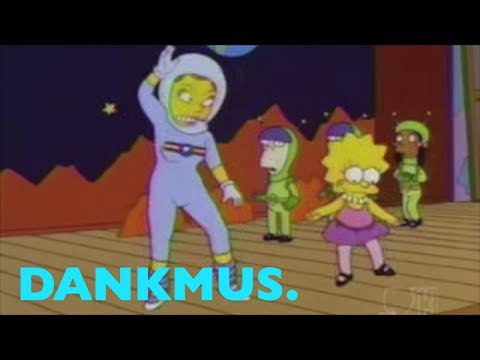 Should I be the picky dude?

Appreciate the effort though, certainly a nice resource.

Compared to me it bloody didn’t!

I’ve genuinely not left Gears 5 in almost 2 years! I’m so close to actually enjoying games again. I can’t wait to take the film off of my new-yet-2-year-old Resident Evil 3 game case.

If youre a big fan of OG RE3 youre gonna be one sad man after playing the remake.

I was gonna mention that I didn’t account for Horde Roulette lol but that seems like wasted effort. Who plays that on the regular?!

Roullette would be god tier if it had the possibility of every single enemy in the game and more than 2 different enemies a wave.

Indeed. I just wish we had the opportunity to mix and match mutators to make things super hard or super easy or in between and have more enemy variety.

I’ve not directly spoiled it with searches, YouTube, etc, but have casually gathered enough information to know of the disappointment. I know it’s short enough to have basically been a DLC Pack for Resident Evil 2 and that the Nemesis segments are scripted, which is easily the worst crime.