When will Gears 6 be out?

what do you think when will Gears 6 be out?
At the moment we know that nothing will be announced in the near future.

There’s been no mention of it as of yet. I’d expect some news to pop up next year.

Im guessing 2024 holiday season but I do believe (hope) we might see another remaster/remake between then an now,

I’d like to think that after the horrid launch Gears 5 had, Gears 6 is still at LEAST another two years out from now so that we don’t have to put up with the same atrocious garbage that it was then, and TC take their time with it rather than it getting forced out in a blatantly unfinished state not even the Locust would deserve.

They’re moving to the Unreal Engine 5, so that may delay things.

Edit, most likely 24 though

I only played the campaign at launch. I didn’t start playing PVP or PVE until like OP4. What was the main problems at launch? I missed out on all of that thankfully. Sounds like it was a mess.

I guess it says something about my age but back in the day, you couldn’t release a broken game because there was no way to fix it after the fact. Now with the ability to download patches and updates I feel like it’s becoming an accepted thing that many games are released unfinished, with serious bugs or worse, with the theory that they can be fixed later. I can’t say I like this trend. I’d rather wait longer for a game that at least works properly.

Didn’t play PvP. Generally servers were a mess with frequent blackouts where no progression tracked, skill cards not unlocking when you reached the appropriate character(now class) level or failing to award properly when added retroactively to a class, PvE balance being a horrific mess especially until Op 3/4 where the main “meta” was to have an engineer(usually then still Mechanic), a Demo, Infiltrator, Jack running a Forge and the fifth, well, if the host didn’t want the then underpowered Marksman that couldn’t one shot a Drone Elite on the last few waves unless you had all the damage buffs and Ambush was still applied only to a full HP enemy, it was usually the Medic(or then COG Gear).

And Drone Elites didn’t have unnerfed accuracy and damage while Master enemies were a lot more bullet spongy, while taps did not give you any HP bonus until I don’t know when, Op 4?, so it was a very frequent occurrence to get cross map sniped by one of those aimbots from across the map in two shots, even if you reacted after the first shot and went back into cover, so you got shot when you were stuck in the process of going back into the cover. Torque Bow and Drop headshots couldn’t even kill an Imago or Sniper before the Master health reduction on waves 41-50/9-12.

Dropshot also still sucks unless you’re using Pilot or have an extra damage perk(which only limitedly fixes the issue) AND for all I can tell still has the absolute bonkers nonsense random damage rolls that some donkey kneejerk reaction nerfed onto the weapon as well.

That’s putting aside Campaign breaking issues I never personally experienced, and other things I may have forgotten by now.

Hopefully not anytime soon so they can take their time and make a kick*ss game.

I really can’t wait it for myself. Hopefully it’ll be better than 5. PVP, needs to improve though.

On the other hand, maybe another new pve mode? Bring back beast mode?

Apparently The release date is on 04/01/23 that’s according to reliable sources that I’ve read.

Where would that be exactly?

Clearly Marksman got a major buff. At times he can feel godlike in Horde, wiping an entire wave almost single handedly.

No, there’s almost certainly things I forgot about or didn’t mention. Like the extremely limited class/character selection, amongst other things.

hopefully, it won’t be soon, everyone estimates that by 2024, which doesn’t sound bad, even though in my opinion I wouldn’t mind waiting a little longer, of course, if they take that time to make a spectacular game and fix what came out bad on the 5th, I don’t think it would be fair to wait so long for something that is not good, and this time the fans agree that it would be better if they take longer to get it out, which is unusual, since the average fan of any franchise they would like more that the deliveries arrive in the shortest possible time, so for tc it is an advantage to know that we are patient for the arrival of gears 6,

although I also think that they should bet more on spin offs, he has always said it and I will always say it, when you narrate a war you have almost infinite fabric to cut from, because you can always take the perspective of any simple soldier and with some creativity make it interesting, this referring to the locust war, as for the war of the swarm I think thatThis is not optional, this war needs more perspectives, so there you have it

There is also the famous gears 2 ultimate edition, which many expect, (out of nostalgia more than anything), although I’m not fooled, I’m sure they only want it for the remake of the campaign, because the multiplayer of gears 2, despite If it was fun, it wasn’t the most polished in the franchise, right? They don’t have to bother, there’s nothing wrong with only wanting the game for the campaign, although I hope and it doesn’t happen like gears 1 UE, whose multiplayer was deserted compared to the current multiplayer of gears 3 or even gears 2, so tc has several projects to bet on before bringing gears 6, which also gives them enough time to do the equivalent of halo infinite of gears, and resurface from the ashes of gears 5 like phoenix Ikki on the pillar of the Antarctic ocean 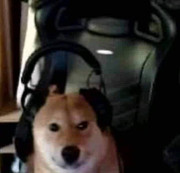 what @AmicableWall421 said is true, but I want to talk about pvp around launch. This comes from a european and from what I’ve heard it wasn’t quite as bad in the US, which would explain why the game is almost dead here while it’s still very playable in regions around the US.

both of these things went on for more than one month after launch, which made the casual part of the 3 million players at launch quit, while many dedicated “veterans” felt pissed off because TC prioritized making a versus experience for casuals as opposed to long time fans and supporters

there’s many small things I could also list here, but these three were the most gamebreaking to me

Years away, earliest possible release probs something like late 2023 unless they’ve been grafting hard quietly.

I’d say a remaster isn’t totally unrealistic though, bridges the gap like UE did.

Even if UE didnt release, the bridge between Judgement and Gears 4 is 3 years apart. Gears 2-3 was a 3 year gap.