When playing Master horde on river

I’ve about lost the will to live these last two days trying to finish river with randoms with a whole host of reasons but this morning I played with a party of 4 who didn’t speak english and booted me on wave 21 for not understanding their instructions, fair enough. But thankfully they were the first group I’ve encountered to not hold up in the town hall or cafe.

They put the fab in one of the positions I marked and it stops all spawning of enemies your side of the bridge, no need to hold up in the tower. They put fences on the bridge to protect the tap and some from underneath. After a while they pushed fences to the enemy side of the map and it became like a speed run. They could move to the tower if they wished but they killed everything before it got to the bridge.

I was watching the underpass but tbh not much came that way as they killed it from the bridge before it went under and leeches suicide under there by jumping at the characters on top of the bridge and smash against the underside.

Try it, put the fab there are taps are easier to hold and you can spread out a bit, far more fun! Hope that helps. 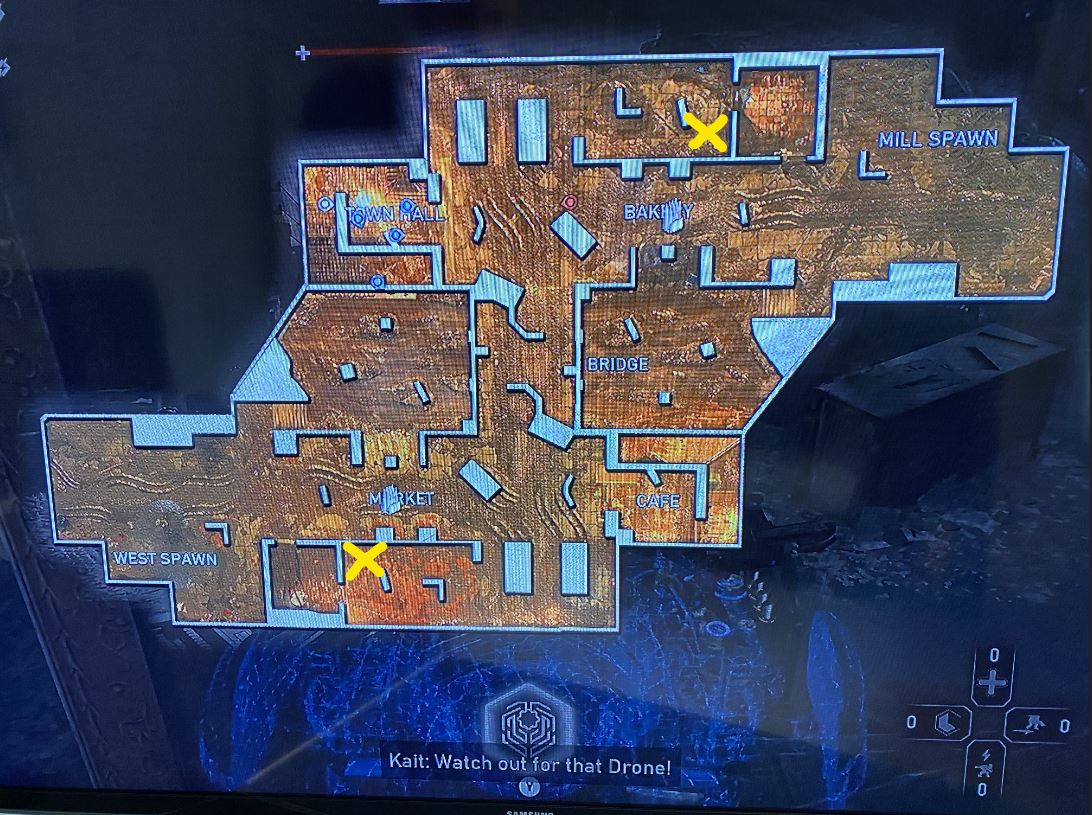 I just finished in inconceivable run on one of the towers but further expanded into the back spawn. I was going to attempt a master run tomorrow and now that I know this it’ll probably make it way easier

Does it really shut off enemy spawn from one side?

21 waves I didn’t have a single enemy spawn behind me from watching the underpass. I think that’s what annoyed my non english speaking friends, they probably didn’t need or want me down there! I was just down there in case with clay and protecting the tap. They had fenced under there are I was getting very few kills that they hadn’t already battered.

You could still go to the tower on your side but you don’t need to drag the fab there. I was gutted getting booted because it was looking like an easy 50.

Great stuff. I will try that later and see how fast River can be. Currently 13m is my best (frenzy obvs)

Let me know if it works, hopefully it will but I have a hard job letting randoms set up like that. I’ve only seen it once but it has to be better than 5 crammed in a tower!

Either way thinking about it you are better off not having the fab there and having it somewhere along that side to push they enemies out from spawning on top of you.

Interesting I’ll definitely give it a whirl

Will let you know how it goes. Me and my speedrunning buddy usually have to make do with randoms anyway as not many players want to beast it on lower difficulties with level 18’s.

Jesus I can’t even get a game putting it there. People keep dragging the fab to the building, even when the host wanted it in my spot too!

Danny you are the hero we don’t deserve for this intel.

Did a 1 - 50 on river this morning on master. It was horrible, stuck in one of them buildings. An engineer joined around wave 20 and just filled it with turrets. Couldn’t bloody move. We did the 50 though.

Had a go earlier playing solo, placing the fab in the spot shown on the map and it seems to work though i think you need someone in the house to stop them spawning there. For the first few waves i stayed upstairs sniping and nothing spawned on my side of the map. Went for an ammo run and messed about on the other side of the map for a bit and things started spawning in the house so in summary, it definately has an effect but on master difficulty it becomes a risk/reward scenario

Yeah the early waves they do spawn in the house but one you start building your first fences and take the bridge that seems to stop. That didn’t happen at all in my first run, second try I got a few but nothing serious. Still it’s better than being camped in the house!

Did a successful master run with randoms last night.

We held down the house with 2 demos up top, engineer and marksman downstairs while I was floating around as Jack for revives. It was a little bit frantic at first but as soon as we finished building it was smooth sailing. There was a bunch of barriers and sentries going from inside the house to the bridge.

I believe @Quantum_Hulk was one of the demolition players, too.

I joined in wave 29 to help and I think demolitions nerf is getting too much hate. I just swap grenade satchel, formerly launcher capacity, with spotter support and go full boomshot with 1 gl for matriarchs. His ultimate feels stronger than before

You where wrecking yesterday as Demo.

I need you to show me some frenzy speed runs so I can boost my characters to 20… peas and carrots!

i did my river run in 1 try. i put the fab near the doorway where you marked and they would sometimes spawn at the spawn. wasnt a big deal though.

also shame they kicked u tbh.

Excellent glad it worked for you, I finished my river run last night with randoms and despite me asking to put the fab on the spot from this post they dragged it indoors. I started at just before 9pm and finished just after midnight. It was bunker levels of slow with a Jack, Demo, Gunner, Mech and I was Tactician.

I will never do that again. It’s safe and easy but so slow.

i was playing demo for mine. robotics expert is also really good as you can just stall the wave a ton with spamming level 2 cades along with a few sentries. bloody dr1 is also very good if you use it correctly against bosses like flock/swarmak/carrier.kestral.