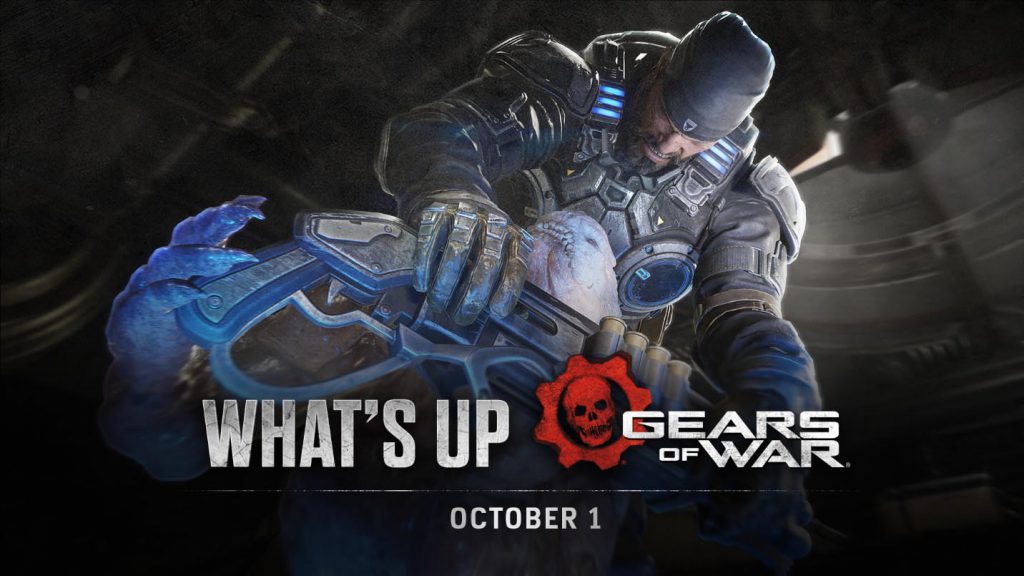 Welcome to What’s Up! Your one-stop source for everything going on in the world of Gears of War.

PREPPING FOR THE LAUNCH OF XBOX SERIES S | X

The launch of the Xbox Series S and X is just around the corner. The team has done a significant amount of work to ensure Gears 5 maximizes the power of these devices…hello 120 FPS! We’ll give a complete breakdown of all the updates soon but in the meantime we have a Title Update coming sometime in the last two weeks of October to help us prepare the launch of the new Xboxes.

As with every update, the game needs to go through a certification process and, given this is like shipping an all-new game, unfortunately this cert process will take longer than normal.

The bad news is while we’re in cert we can only make minor updates to the game – updating the store and minor adjustments to the developer playlist – as we can’t change the code. This also means that Gnashers only KOTH is sticking around for a few more weeks.

We know this isn’t ideal but we have lots of great things coming in the next few months and this just the first step.

The good news is, starting today, we’ve added a new medal group called “Above and Beyond” with an all-new free weapon set reward for you to chase until we can update the game. 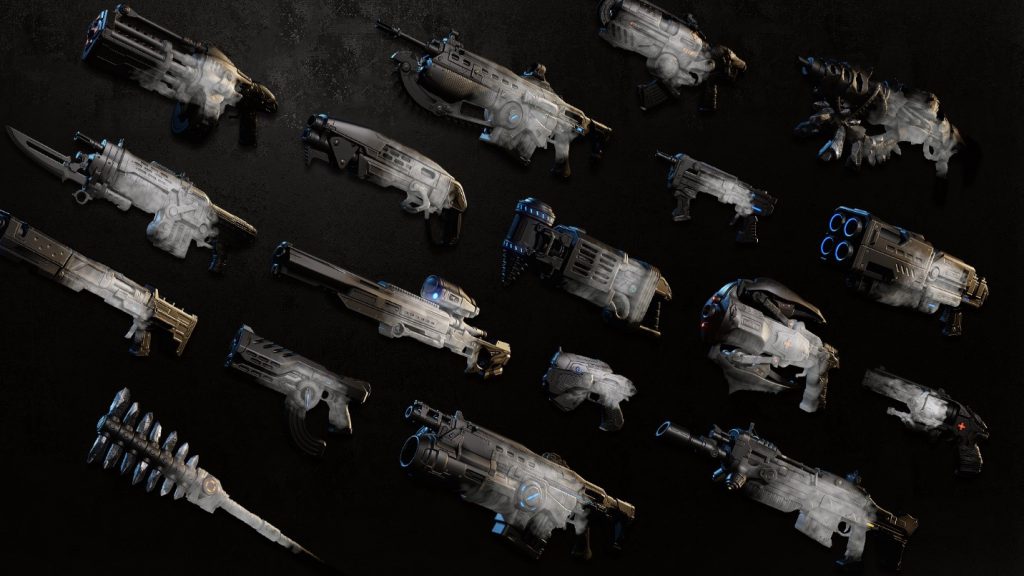 Here are the challenges:

This week we tried something new and gave you the choice to pick what you wanted to see in next week’s Feature section of the store. Yes, there will still be new items added.

The Poop bloodspray and Neon Glow Weapon Set were clear winners. But the race between Academy Anthony and Motor Pool Lizzie is still too close to call (sorry, Gary).

And as an added surprise, the three winning choices will be available for FREE in next week’s store – as a special bonus for Gears 5 being locked down for updates for the next few weeks.

That’s it for us today. Make sure to drop by the developer stream where we’ll answer your questions and play another round of how many people can “Get TC Tyrus.”

Can we talk about any updates happening to Crossplay Toggle now that Series X can support 120Hz?

Halo: MCC just got Input Based Matchmaking between Console & PC - it’s pretty much what every major game out there is doing, because it makes the most sense.

It’s time to unite the community than segregate.

I’m curious about this, does halo lock your input method? Example: I’m switching between kb/m and controller throughout matches sometimes.

It does lock you to your choice, which is obviously how it should be.

Horde and escape cry babies incoming, complaining about the versus challeges.

Hint - play against bots on beginner!

Hint - play against bots on beginner!

Some of the Versus ones couldn’t be done in that in the past… but they should count now unless the registration is bugged or TC intends them to be done against actual players.

If I had something to be critical of it’s that this TU stuff also means we’ll not be getting any Horde events for another few weeks. Even though I heard it said that Op 4 would focus on events more for PvE(tile maps do not count in my book). So unless it was wrong information and they actually meant Op 5…

So, october is a null month for Gears 5 due to Series X patch.

Thanks for the heads up, I’m back in november.

Yeah, good point. I assumed the horde halloween event would be back and would have been grateful. Looks like that isn’t going to happen.

Since completing all the medals possible to this point in Op 4, I will turn the game on, browse the horde and escape lobbies and then just quit the game. Mostly due to there being mainly shockingly bad players as all the good ones have moved on to other games.

This also means that Gnashers only KOTH is sticking around for a few more weeks.

We know this isn’t ideal but we have lots of great things coming in the next few months and this just the first step.

And as an added surprise, the three winning choices will be available for FREE in next week’s store – as a special bonus for Gears 5 being locked down for updates for the next few weeks.

will be available for FREE in next week’s store

Correct me if I’m wrong but wasn’t this set sold in four separate bundles costing 500 Iron each totalling 2,000 Iron?

I’m not complaining or trying to find issues with free content, but it’s crazy to think some people payed $20 for this stuff that’s now just being handed out for free or otherwise very easily obtainable through Gears Coins.

Feel bad for the saps that bought Iron for anything other than purely supporting TC.

But otherwise eh, nothing out of the ordinary.

I’m ok with free content. Hardly anything in there to get excited about though.

Really seems like TC is going to ride this certification process to get out of doing much between now and Thanksgiving.

This obviously means no Halloween events, No horde events, no excitement for over a month going forward.

As with every update, the game needs to go through a certification process

this is my answer to you TC regarding your what’s up October 1st:

@TC_Sera @mjrdecision when you say whilst in cert you can’t change the “code”, does this mean that there’s plans to improve the net"code" for xbox series s/x users or are we going to be cursed with the current netcode for all eternity?

I tend to play little or not at all right now because Horde still feels a little lackluster compared to 4s, and it feels like there is no replay value or real variety of note. Even the more recent Escape hives have had me doing them a few times only before moving on. I suspect the reduction of public matchmaking to Beginner, Advanced and Inconceivable has also not helped with this, as I would often prefer to search there than try to weed out what few custom lobbies are not Clock or Surge farms on Elite/Insane and hope to find players doing more than a single run. Those two difficulties in particular as I don’t always want to be playing Inconceivable or Master.

No Horde events does not help either. And I really was not impressed with the tile maps whatsoever.

No Horde events does not help either

This is the answer since in Gears 5 there’s not much to do : 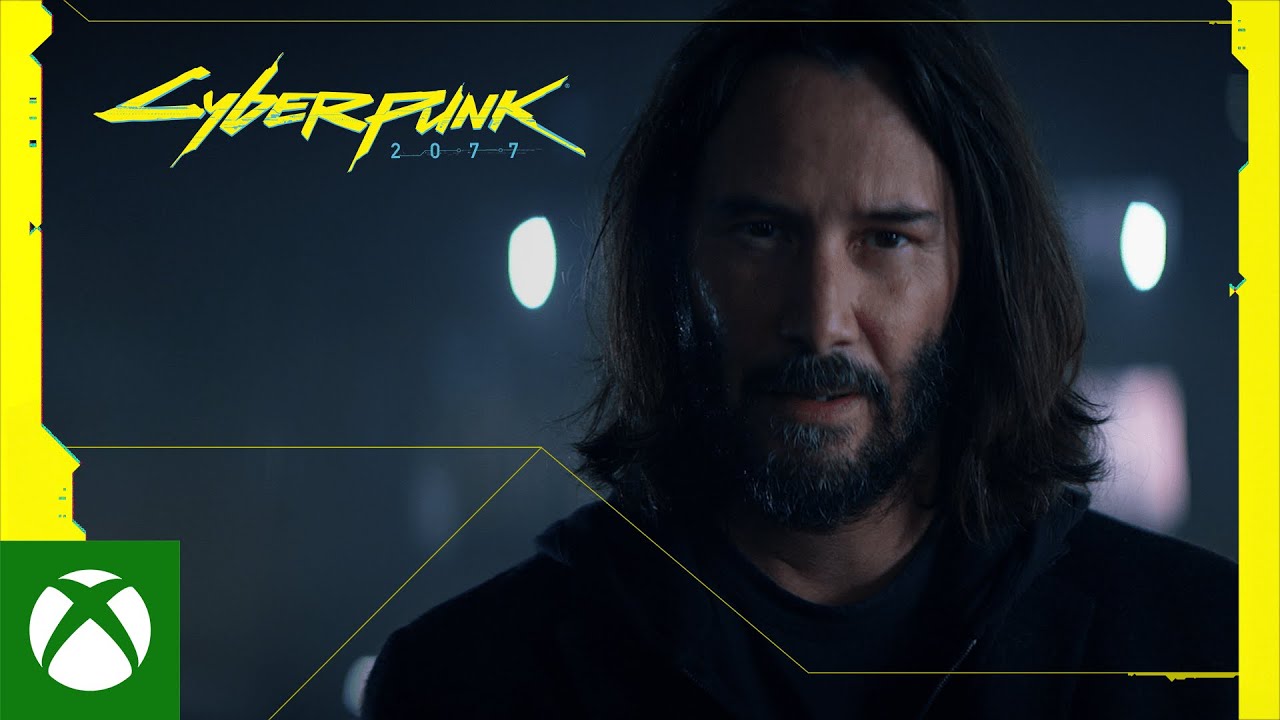 I don’t play Cyberpunk but as I mentioned in your thread I was currently busy with other games anyway.