In this week’s What’s Up, Gears Tactics goes gold and we discuss what’s next for Gears 5. 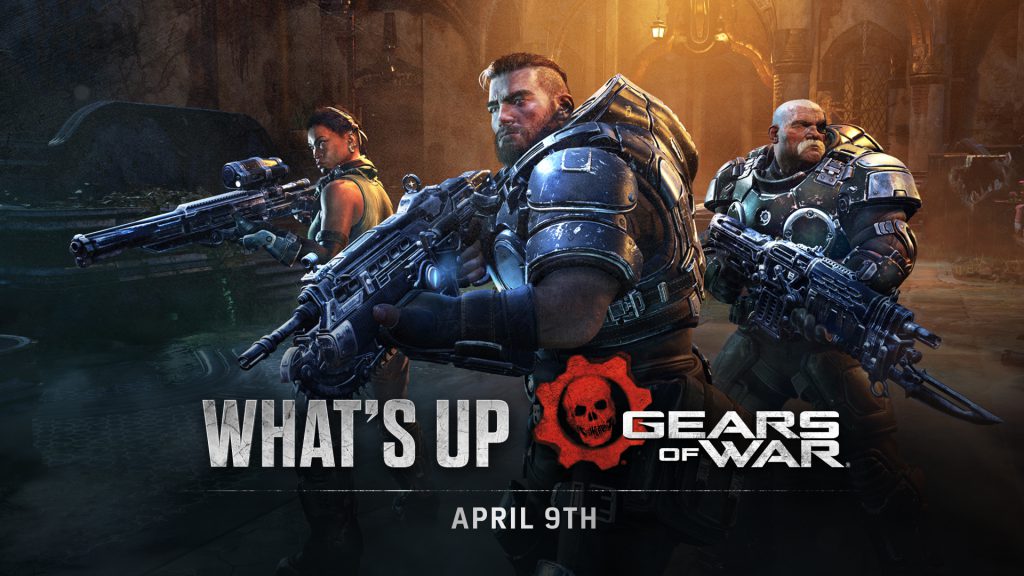 Welcome to What’s Up, our weekly blog where we’ll recap everything that’s happened in the past week and talk a little about future developments. In What’s Up this week: 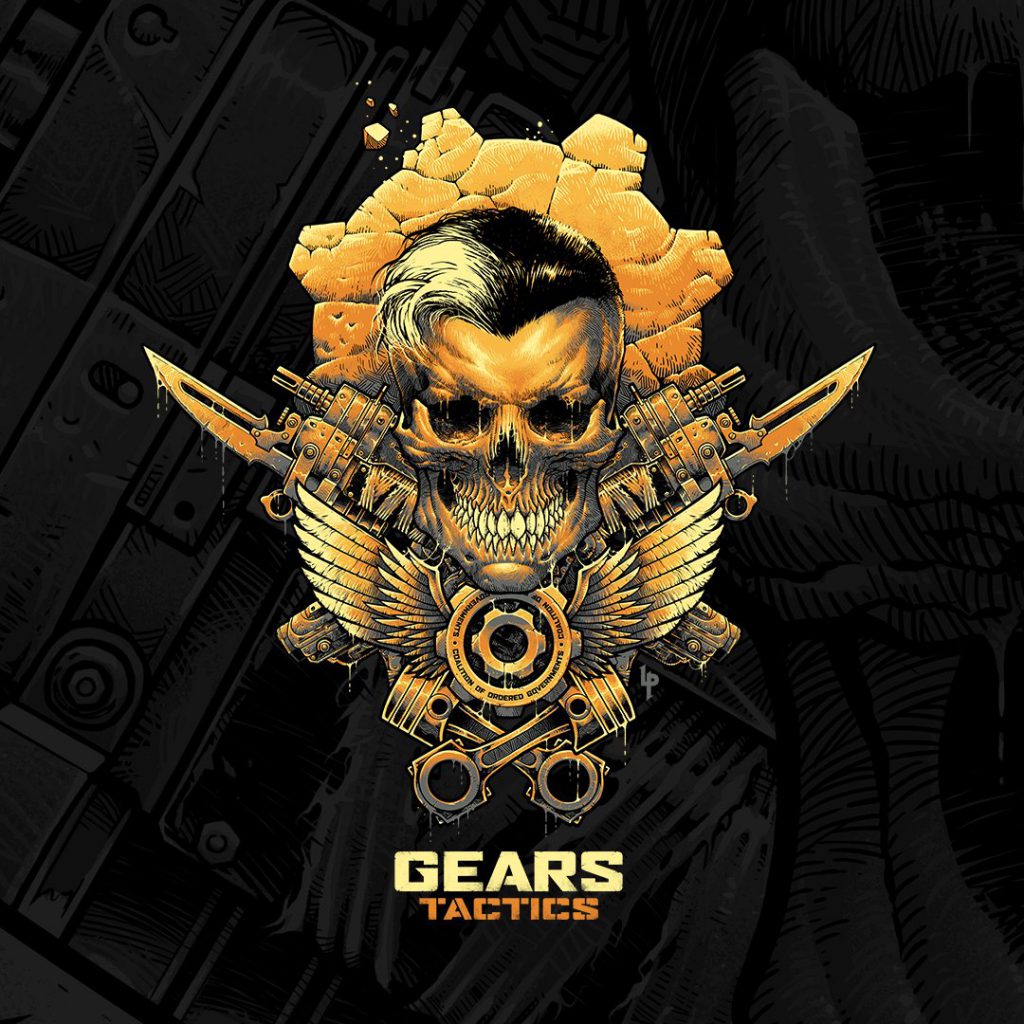 On Tuesday, we were excited to announce Gears Tactics has gone gold and is on track to release this month for PC on April 28, 2020. Can you believe that another Gears game is coming out this month?! Insane times.

There is sooo much in Gears Tactics that we’re rolling out a series of Developer Blogs to drop some sweet sweet details prior to launch. The first one focused on the gameplay pillars of dropped this week on Steam and GearsTactics.com. Psst…there’s another one tomorrow!

It’s not just us talking Tactics though. There’s a ton of great preview coverage out there on the web that we recommend giving a read / watch if you’re looking for all the juicy details. Here’s just some of the preview coverage so far:

For those of you looking for every morsel of information possible, rest assured there is PLENTY more to come over the next 3 weeks on the road to launch. And, if you are picking up Gears Tactics on Steam and already own Gears 5 on Steam, you’ll get 15% off the pre-order price too.

COMING UP FOR GEARS 5 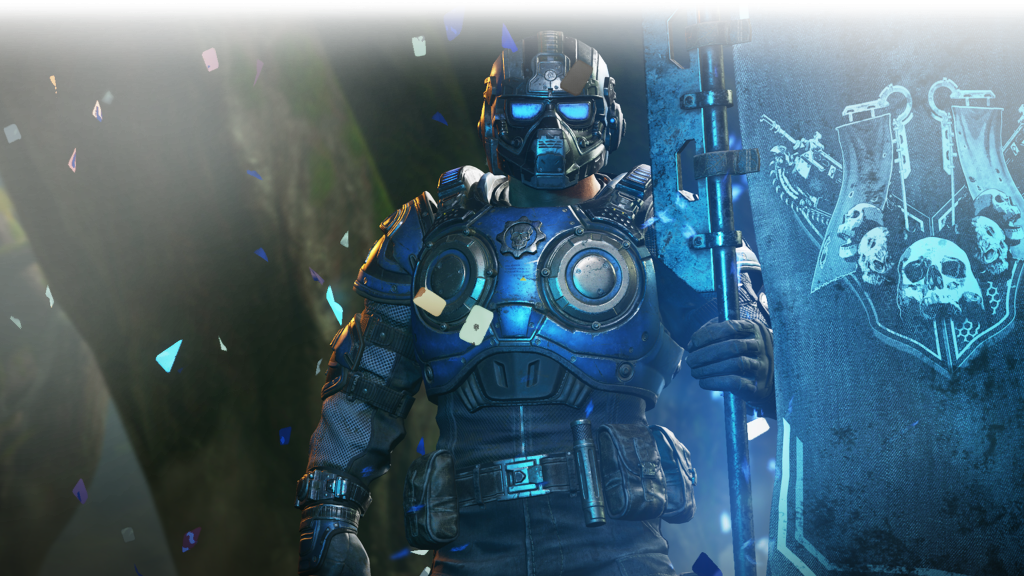 It’s been 9 short days since the launch of Operation 3 but we’re far from done. Development continues on future updates for the game, as well as some near term changes based on your feedback. Here’s what’s coming up next.

We’ve accelerated the launch of Ranked Gridiron based on the feedback we’ve received since the launch of Operation 3, and we’re excited to announce it will be releasing on Tuesday, April 14th!

To celebrate the launch of Ranked Gridiron, we’ll have a certain Character Skin you will be able to unlock by winning rounds of Gridiron. We’ll reveal all next week.

Thank you for giving us plenty of feedback since the launch of Operation 3. Our team has been busy sifting through it, and we are finding it very helpful as continue to refine the game.

As we’ve mentioned in the past, our commitment is to be more responsive and open wherever we can. We will address these topics in full as soon as possible and keep you updated on changes as they are finalized – not just in words, but with actions too.

Over the next 14 days, we’ll have some new blogs to dive into the current direction for the game – including an updated movement and gameplay blog – and opportunities to speak with key members of the team through our Developer Live Streams.

We’re also actively exploring opportunities to provide our players opportunities to speak with developers outside of just the dev streams, including via our forums and Game With Developer sessions on Gears 5.

In the longer term, we’ve working on extensive plans to address core areas in the game that will improve the overall experience. This includes reworking aspects of the game (based in part on your feedback) where necessary – including our Ranked system. As the final pieces fall into place, we’re going to tell you about where we are going, what we are doing, and – in rough terms – how long we expect each element of the plan to take.

While we believe Operation 3 was a good step forward for the game, the road ahead is where we will deliver the most dramatic changes and improvements to the game.

Even in the world of social distancing, we’re fully in the Easter spirit with Sniper-Guardian variant of Bunny Hunt (now with increased ammo off spawn!).

To double your gains this weekend, we’ve decided to activate a free Boost weekend beginning Friday April 10th until Sunday April 12th. Each day has a free day of Boost on offer, which doubles your Multiplayer XP gains (great for Totems!) and Stars earned from completing objectives.

For all the information on everything Gears 5 this week, including the free Batista Bomb dropping into your inventory, head here.

That’s it from us this week. We’re sad we couldn’t run a Developer Stream this week, but next week, we will be back with Jamie (Lead Gameplay Designer) to talk through all the gameplay balancing, mechanics and changes. We’ll even let you know a little bit about him in What’s Up beforehand.

Ranked Gridiron on the 14th. Damn, did not expect that, ok then.

Hope you guys can fix the rest of the issues soon, it’s pretty dire right now.

Ranking System needs to be a priority or else what’s the point of ranked.

Matchmaking needs to be a thing because at the moment, it’s just chucking anyone together against teams / groups.

Server Issues / Hit Registration needs to be looked at.

Disappointed that there’s no mention or acknowledgement of the constant server crashes. It seems most prevelant in Horde. I and many others have been trying to play but the whole lobby just frazzles out and boots us partway through. @TC_Octus

But please keep looking at the store

Soul crushing every week that TC put almost no effort into separating me from my money.

including via our forums

Damn TC that was a good 1. I spit my drink out with that joke

OMG quit with the balancing. Leave it be. Your never going to please the forums, the internet is filled with depressed, cynical, know it alls. Let people learn to cope with the state of things and work on real content.

Thats a lot to ask for. If TC isnt constantly breaking the game what are the gonna do with their spare time?

Road ahead is where we will deliver the most dramatic changes and improvements to the game.

Sounds great actually. Not playing the game until things get changed with the gnasher gib range.

Can someone ask them about Op2 ranked rewards during the dev stream?

Has TC mentioned anything about addressing the Gnasher or movement? When I just read TC thinks operation 3 was a step in the right direction. I’m hoping they mentioned mode and content only, because this game is fud up.

Bring back Guardian to ranked!!!

Heads up Gears fans - Our Gears Developer Stream will not be going ahead this week. We're currently planning to be back next Thursday at our usual time - look out for a confirmation mid-next week.

I knew they canceled the stream today. I meant the further streams as described in the OP. But I’m glad you still care.

I wonder which character is getting a new skin.

I do actually care, I think it’s incredibly messed up that there’s so many people still missing their rewards. And the whole “just make a ticket” thing is ridiculous, as some people are bound to fall through the cracks and not be as fortunate as I was.

I respectfully disagree, execution was my ■■■■.