What’s Up in Gears this week: Flashbang Tuning Changes, Improvements for EU Connections, Weekly Hive: The Wanderer, Versus Event: Gnashers Only KOTH, What We’re Working On 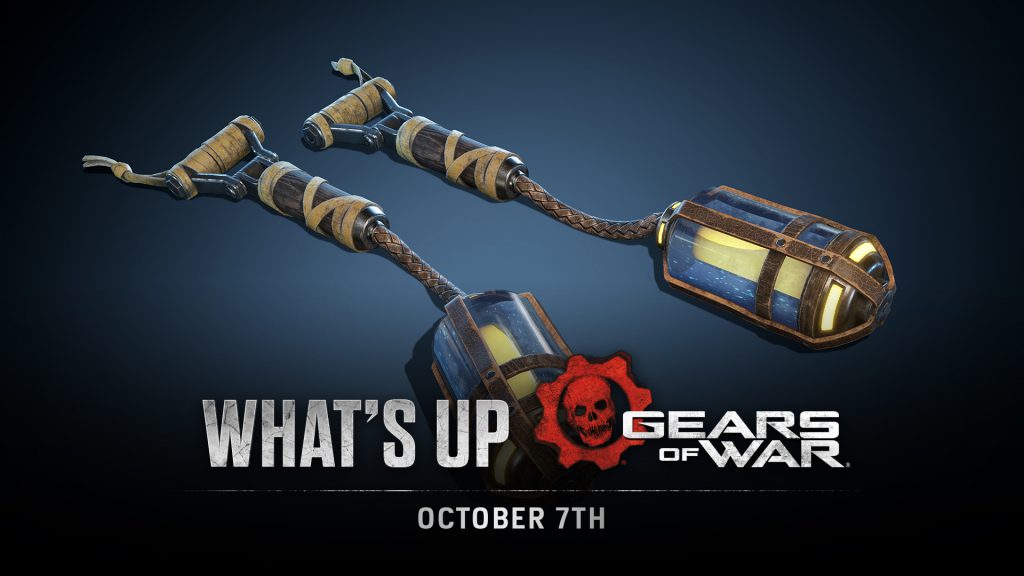 It’s finally time to start talking gameplay changes and our first port of call is arguably the biggest piece of feedback we’ve received so far – Flashbangs.

Flashbangs are intended to fulfill the role Smokes used to fill in Gears 2 – 4 as a way to flush opponents from strong defensive positions and force the fight. This is a critical part of what allows modern Gears to work, but not at the sake of a good gameplay experience.

Right now, we hear you loud and clear that the impact of Flashbangs is too prominent; so, it’s time to make some changes.

On Tuesday, we will be issuing a live update to make two key changes.

Our intended behind the reduction of the flash blind duration is to move it to a very small window of denied vision, allowing the other player a tiny moment of opportunity to make their initial move.

While the stun length remains the same, players will now be able to better react and reposition to incoming fights after taking a Flashbang hit.

Secondly, Smokes are integral part of the Gears 5 meta that deny critical vision, allowing for pushes and flanks that otherwise could be difficult in certain situations. To encourage their use more – and potentially reduce the volume of Flashbangs used in a match – players will spawn with a Smoke by default and need to select Flashes when picking their loadout before spawning.

A mid-month Title Update is coming this October, and as part of that Update, we will be removing the ability for Flashes to work through cover per your feedback.

This will make the positioning of Flashbangs far more important in order to flush an opponent from cover. This will reduce instances where opponents can just throw it in carelessly and still get rewarded.

As always, we’ll be monitoring your feedback to gauge the impact of these changes. We’re also working on other potential gameplay changes beyond Flashbangs to come over the months ahead.

Our team have been hard at work investigating issues with higher than expected ping times in Europe and deployed an update ‘silently’ on Friday after discovering the root cause.

It’s rare we push an update silently deliberately, but in the case, it was important to monitor organic changes in conversation to gauge the change was working as effectively as we intended.

From initial reports and volume of conversation, this change seems to have dramatically improved the situation for EU players. We know it took some time to get there – longer than any of us would like – and we want to thank you for all your patience as we discerned the problem in our new matchmaking system.

For players in certain regions – such as South Africa – who are still impacted with matchmaking issues, know that we have found a solution as part of this process and we hope to have updates for you this week. 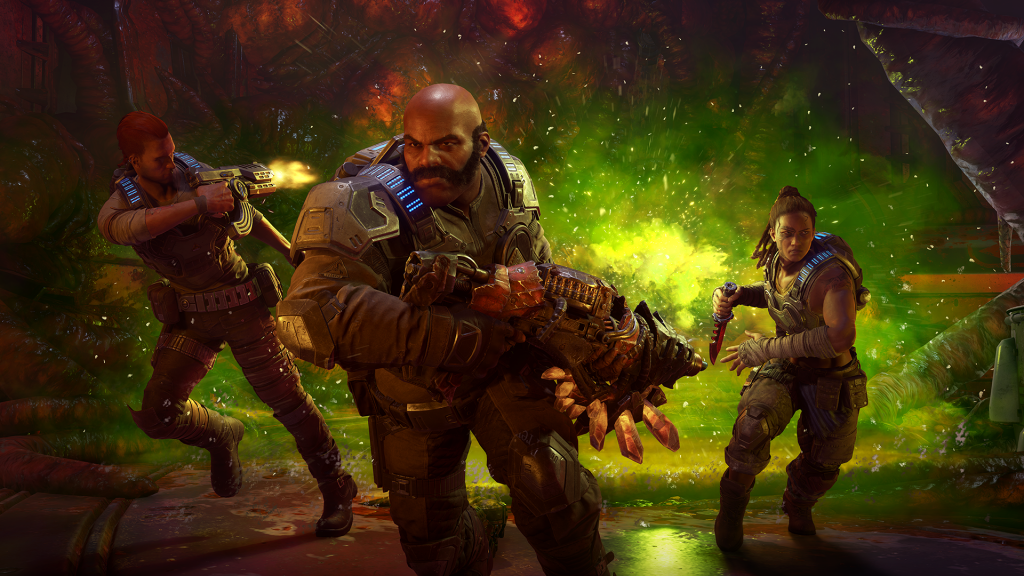 A new week means a new Hive and if you thought The Hunter’s Ghost Sires were scary, you ain’t seen nothing yet.

This week’s Hive is called The Wanderer, named after the invulnerable (yes, literally un-killable!) Mulcher Scion that walks the halls of Hive. As you navigate towards the exit, you’ll need to work around this unstoppable threat in order to get out – if he makes it onto the Helipad, there’s no escape.

Tougher modifiers for this Hive also make The Wanderer even more effective with quicker movement and ultra-stopping power – which makes running past enemies a thing of the past.

Dive into The Wanderer from 10am PT on Tuesday at the weekly reset.

Whether you’re looking to get to Level 16 on your main or introduce new high-level characters to your lineup, this weekend is the perfect opportunity with Double Escape Character XP!

Play in Escape to earn Double Character XP and level up fast from 2am PT on Saturday, October 12th until 10am PT on Monday, October 14th.

For one week only, Gnashers Only KOTH is being added as our featured Versus playlist. This fan favorite feeds the in-your-face-mayhem that Gears players love! It’s time to squad up and show your dominance on the battlefield.

Thank you for bearing with the unforseen issue that occurred this weekend. For those of you who earned Stars during the issue, we are working to roll out your missing bonus Stars this week. Stay up to date on Gears 5 | Gears 5 Status.

Here’s this week’s drop of Supply content available from 10am PT on Tuesday:

This week’s Weekly Store Items include a variety of new items led by the radical and popular New Wave weapon skin.

Don’t forget, next Tuesday will see a brand-new collection of content available in the store while this week’s collection goes away.

The team is continuing to work on a number of improvements and fixes for Gears 5. You can track them on Gears5.com/Status, but here’s the latest on our service-based improvements.

A fix has been deployed that has address the issue of players missing progression for Collectibles and Campaign Progress. We understand there are still a very small amount of players that continued to be impacted by this issue and the team is investigating further.

We have a Title Update coming in mid-October which will see new character models added to Gears 5 – remember these can be earned or purchased. We’ll reveal the details in the next What’s Up.

We’re continuing to gather feedback on the game and have lots of updates and refinements to the game planned – so stay tuned!

Flashbangs are finally going to be seeing some tuning. Rejoice.

Yet buying a full set of weapon skins will still cost you an arm and a leg.

Well I’ll be able to save up on eye surgery so there’s that.

I still find it crazy that it will cost you $72 to get a full chrome weapon set. $12 more then the game cost. How can TC justify this?

What about any updates to Scoreboards not updating? Missing items that were never given out after the tweet that says they were. Still have an Intermediate level Horde score displayed as a highscore on Icebound when the other night did a 1-50 Insane on it, which I’m fairly certain 430k is more than ~130k.

They gotta pay for that eSports trash somehow.

Yeah, they definitely need to readjust the pricing quite a bit. I hope the rewards in the next Operation will be appealing enough so that we can forget the store for a bit, but I’m not really holding my breath.

I’m all for having a way to support Esports. But when you release cosmetics that cost more than game itself then theres a problem. I know companies need to make money but I feel like you’d make more in the long run selling to more people at a cheaper price

Wasn’t this the daily item yesterday?

I believe it was specific to Fahz. Maybe when it gets rereleased it will be for Delivery Driver Mac

I’ll rejoice when I see it.

I would hope it’s another character-specific version. It would be pretty scummy to sell the Fahz-only version as a daily, and then have a version for all characters a few days later for the same price.

By that time you may not be able to see at all.

Anyone else ever accidentally flash themselves???