In this week’s What’s Up, it’s time for TU4 including full update notes! 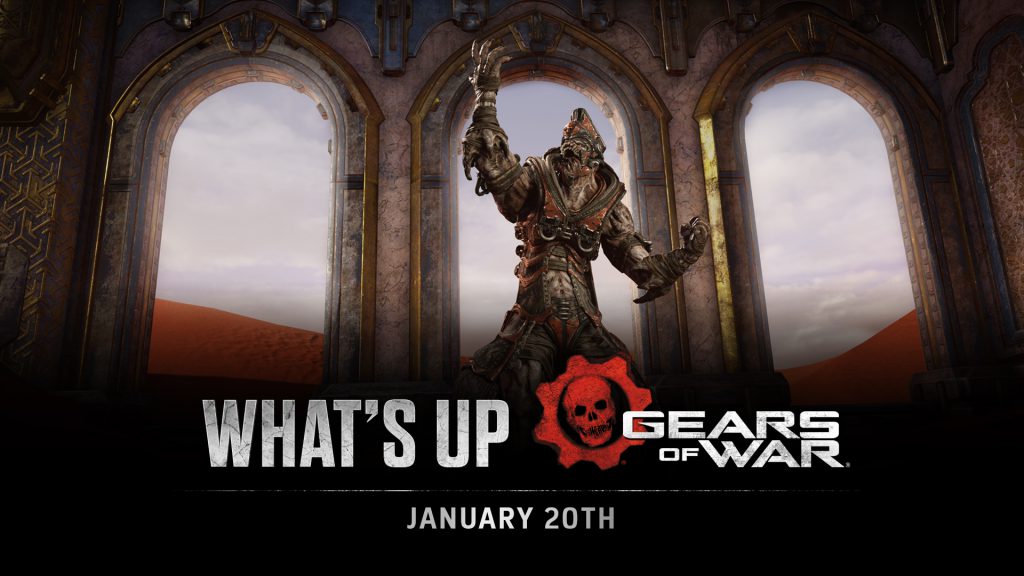 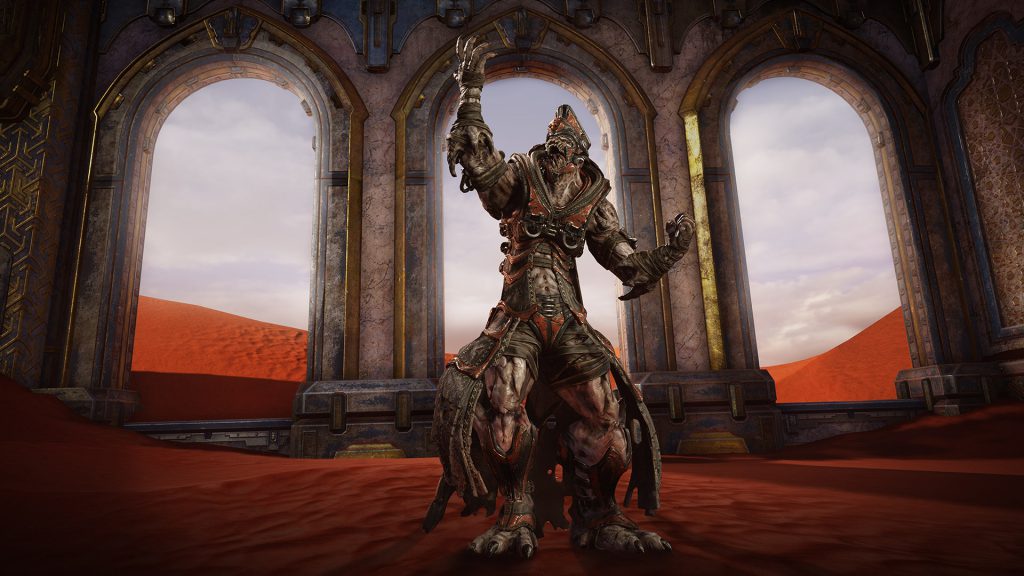 As a reminder, the Kantus Villain arrives with the release of Title Update 4! You can learn about the Kantus’ Totem Challenges and Arcade setup here.

Adding to an existing Store Bundle while also ensuring we get the Kantus to previous bundle purchasers means a slightly different release schedule than usual.

As always, there will be an approx. 2 hour period between the release of the TU and the appearance of new content. However, slightly we’ll have a second live update to activate the Kantus for individual Iron purchases. Here’s what to expect on Tuesday January 21st:

~10am PT: Title Update 4 rolls out available for download. The Kantus will not be available.

~3pm PT: Live Update 2 deployed. The Kantus is available for individual purchase through the Store.

Stay tuned for news on each phase of the rollout by following @CoalitionGears on Twitter.

Late last week, we posted the results of our extensive investigation into the Gnasher, including some new fixes coming in TU4 to return it to its pre-TU3 consistency and further improvements to come in the future.

If you missed the news, head on over to our blog from last week.

As part of our work to improve Gears 5, the Multiplayer Level Designers have been working on continued improvements to existing maps.

As avid players – and avid readers of feedback – they are constantly thinking about small refinements and improvements we can make that will have a big impact to the experience on their maps. They’ve already made spawn exit improvements to Exhibit, and the next changes to come are a sweeping series of refinements to Icebound.

For Icebound, the overall goal of these changes is to provide more ways to counter the strong rifle positions of the towers, which in turn will make the ice-lake a more utilized traversal and combat area than it is today. 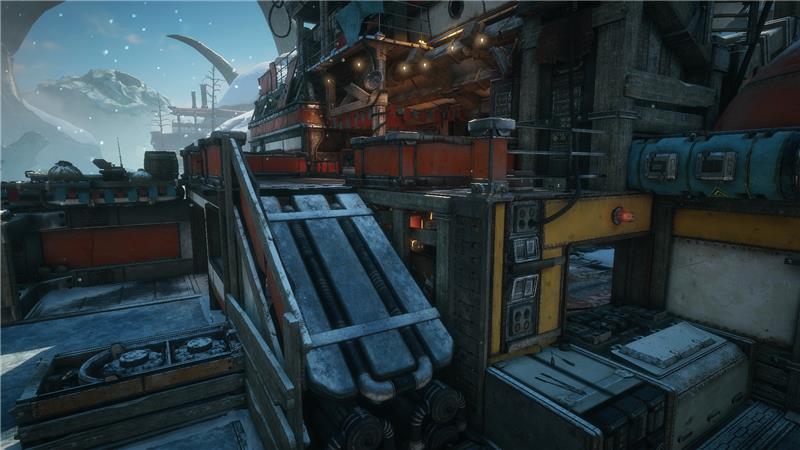 Layout Change: The mantle cover at the top of each tower’s slope slide as now been removed. This adds a new vulnerable flank to allow this strong position to be countered more easily.

Weapon Layout Changes: The weapon layout has been modified to provide more options to counter the strong tower positions and allow players to traverse the ice area more easily. 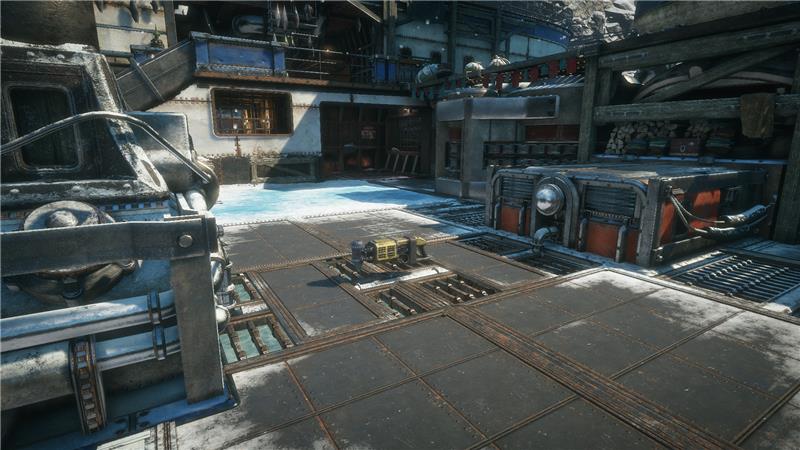 Lock: Frag Grenades have been removed and replaced with a Dropshot 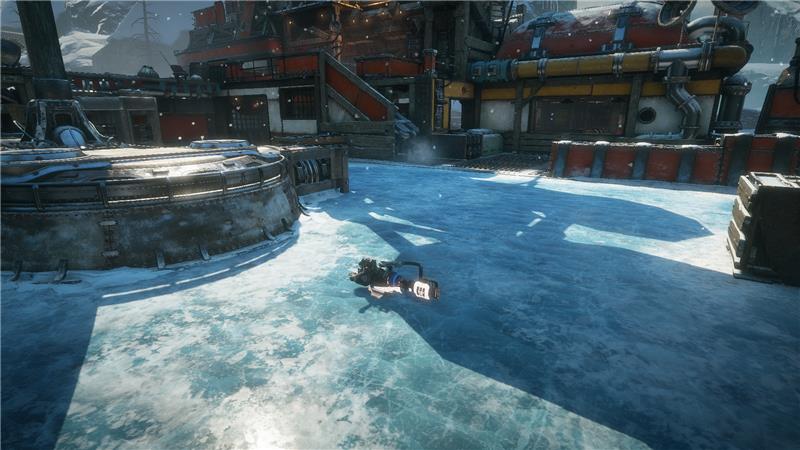 Middle Ice: Cryo Cannon has moved to the center of the ice, replacing the original Dropshot location 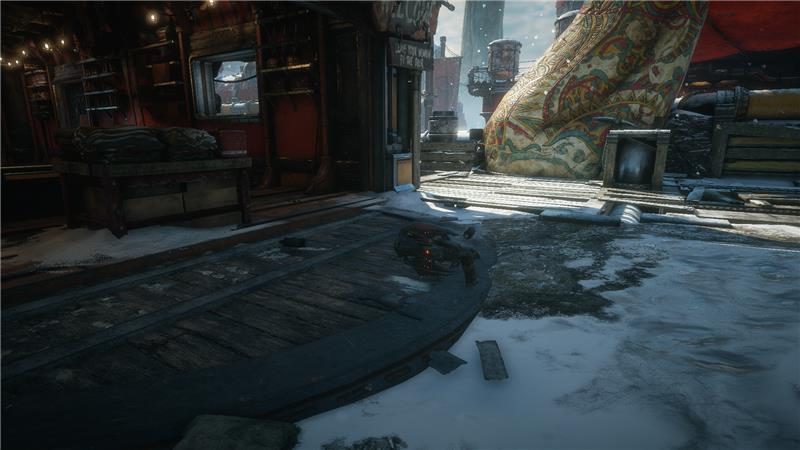 Trading Post: Cryo Cannon has been moved and is now a Torque Bow 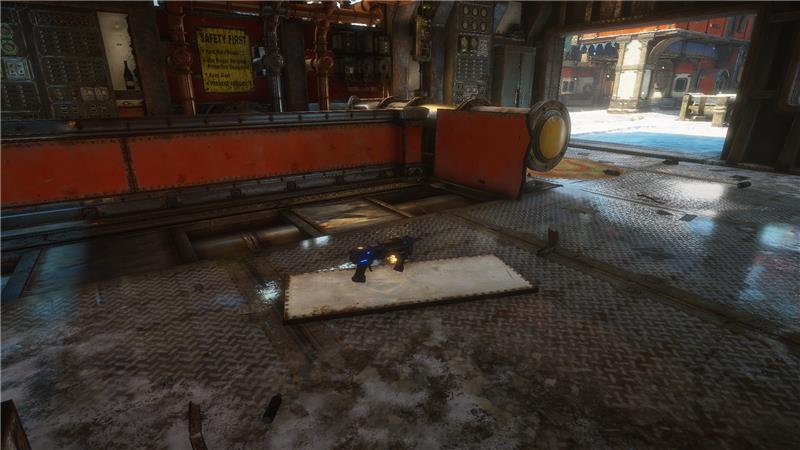 KOTH: The ground level tower rings (at the bottom of the slides) have moved into the interior of the towers where the Enforcer spawns. Player spawns have been updated to cater towards these changes.

Escalation : There are now 3 weapon placement slots on the center line, up from 2. This is to be at parity with all the other maps.

Title Update 4 releases on Tuesday, January 21st at ~10am PT.

Learn more about the Gnasher improvements in TU4 and beyond in our blog here.

Learn more details about the new Omen updates in our blog here.

We’re ringing in the Lunar New Year with a mini Versus event to celebrate the arrival of the Year of The Rat.

Dive into our first ever FFA version of Golden Gun, where you’ll need to channel your inner McCree against 13 other players to take the crown. Pick up 108 kills in this special event to earn the Year of the Rat Blood Spray and the Golden Gun Boltok Weapon Skin!

As an extra bonus, log in on January 25th to pick up a Lunar New Year Banner and Mark too.

Your Escape Hive journey continues this Operation with our next Hive: The Line.

In The Line, your route to evac is a one way ticket to hell down this railway line as you face off against Scions with Ultimates!

Along the way, you’ll face off against Shielded Dropshot Scions, Healing Buzzkill Scions, Freezing Mulcher Scions and Ghosted Ice Scions stand between you and the end of The Live.

Our Weekly Store this week brings back an old favorite enemy of ours – it’s the Locust Bolter! 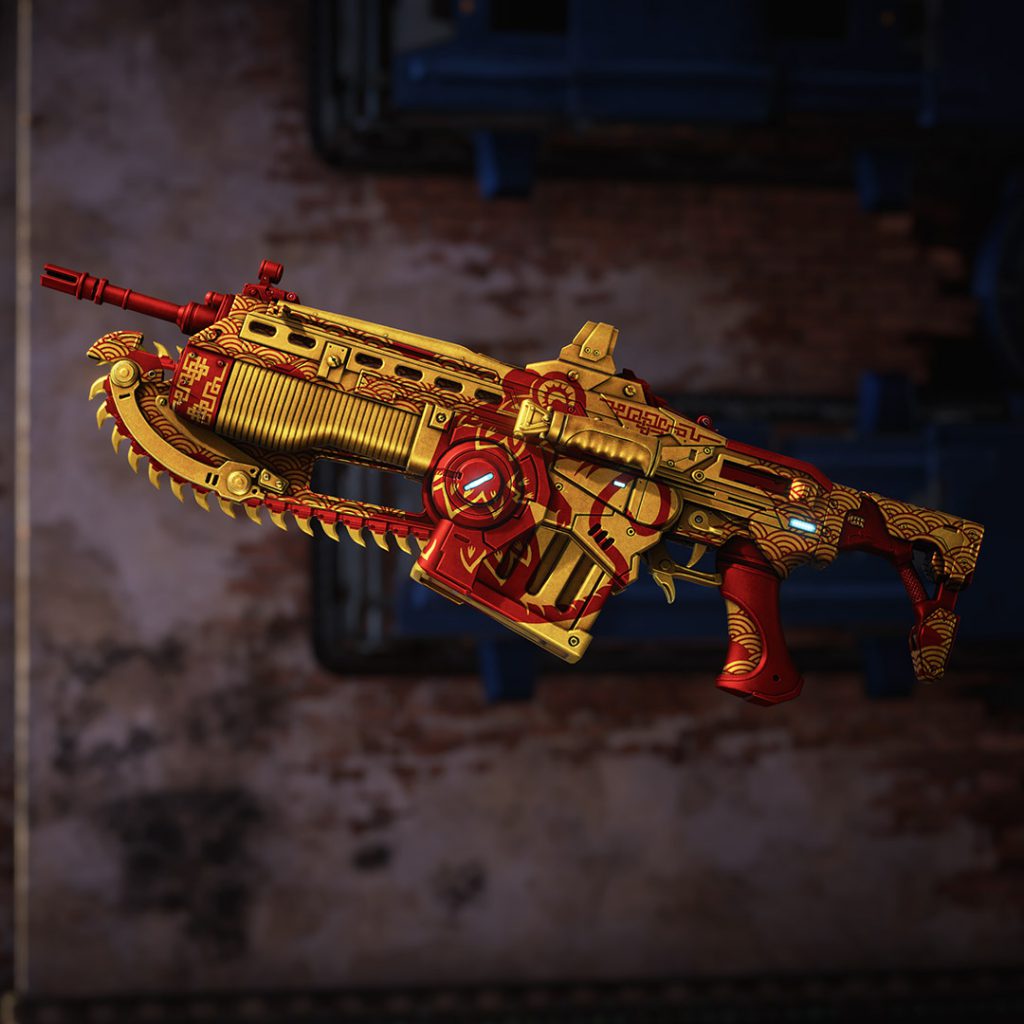 The Store will refresh with our Live Update that follows the release of TU4, which will deploy approx. 12:30pm-1pm on Tuesday, January 21st.

*Reminder: Purchasing a Character Skin does not include access to the Character. Use of Character Skins requires the base Character to be unlocked before associated skins can be used.

That’s it for this week. With TU4 now on its way into your hands this week, we’re working on our next series of updates and improvements to the game – which remains our highest priority.

We’re working on new ways to keep you updated about the progress of development when it comes to addressing issues, bugs and needed improvements in a broader way than our 1-1 responses or weekly streams usually reach.

Movement is our next focus for a blog spotlight, within which our goal is to provide a clear look at where we are now and where we want to go with movement in Gears 5. We feel like outlining this in clear and transparent terms is an important part of having a continued dialogue on the topic with all of you.

In the meantime, please do join us each week for our Weekly Developer Streams for a direct way to ask the questions you want answered, or post in /r/GearsofWar or our official forums.

Wo, I want that Drone so bad.
This will be my first purchase in the store… or maybe not?

The gnasher update, FFA weapon spawn rates changing (especially for the mace), the horde bug fixes, & the icebound revamp are what I’m looking forward to the most

No mention of Baird’s bleeding/self-reparing Barriers glitch being fixed.

Maybe its not a glitch

A lot of good fixes. It’s about time they got around to them.

The added T-Bow will definitely help on Icebound but replacing Boltok is a little confusing as it was the main “counter” to the towers.

Not sure how much removing the side cover will help, I’m guessing it will still be hell to play on - but I’ll hold judgement till I play it.

Not even Tri-Shot or Salvo? Those are DeeBee weapons.

This is going to make Versus players, happy.

Horde: Fixed an issue that could cause a user to be unable to move after being saved by Jack from a DBNO struggle with an enemy

Finally. This was annoying for the affected player. The Jack would have had the wait for player to get downed during the next wave then revive them. Good to know this fixed.

In The Line, your route to evac is a one way ticket to hell down this railway line as you face off against Scions with Ultimates!

Along the way, you’ll face off against Shielded Dropshot Scions, Healing Buzzkill Scions, Freezing Mulcher Scions and Ghosted Ice Scions stand between you and the end of The Live.

Sorry, what? Scions with Ultimates?? This sounds pretty interesting.

Our Weekly Store this week brings back an old favorite enemy of ours – it’s the Locust Bolter!

Finally we got the “knight in shiny armour” Locust. It actually looks pretty cool and first time appearance. Never playable, even in Gears 2.

Cyclops, Troika Gunner and Grappler needs to be made next,

“Baird’s Experimental Weapons card no longer applies to heavy weapons”. Doing the horde mode more unbalanced and doing that JD, Kait and a few characters be the only killers and the rest of players useless. Thanks TC seriously. Better I’m gonna play Mercenaries mode from Resident Evil 4, 5 or 6, more cluncky but more simplier and fun.

That would mean the description is wrong then. I mean, since when were Barriers considered “precision weapons”?

Sorry, what? Scions with Ultimates?? This sounds pretty interesting.

Let’s be the judge of that when it comes to playing it. The most difficult/annoying enemies for that seem to be the Mulcher Scions with freeze damage and Buzzkill Scions that heal(one because they will insta kill any frozen target and Mulcher can hit from range with the AI, unlike us(…), so potentially even more deadly and more of a priority target than before, and the other because it’ll make them sponge more fire).Shielded Dropshot Scions? Just send someone who can take their melee hits in close. Or throw Lizzie with Stim ahead and while Scions distracted by her, Emile or Lahni put bleed on ‘en. Ghost Ice Scions? Not that difficult to spot a cloaked enemy if it’s the size of a Scion, and you can just stay at range from it.

Kind of meh that this isn’t really a lot for Horde, but it was shaping up to be mainly Versus oriented so I’m not really disappointed because I kept my expectations low.

Also, when are we getting a new Horde event? Oh, and why was there any need to “change” anything about the “Immersive” Omen when there is a Simple option being included with TU4?

I’d also like to know if they then forgot to include that Baird’s Shock Sentries somehow fire precision shock projectiles at the enemies’ heads to trigger Precision Repair.

Not nerfing the allied honor needed for BFF achievement

Were is the perma flash stuck on screen glitch fix they said will be in this update???

Solid update all around, and that skin is sweet. I’ll probably get this one.

It looks like they missed some patch notes too bc in the stream and on Twitter, Octus said the perma flashbang issue was fixed in TU4, but they forgot to list it here.

Good what’s up, Icebound getting a rework is great, would like to see one for Bunker also.

Just want to mention though, you guys really need to fix the flashbang glitch. On allfathers arena it’s blinding, I played a 40 minute game of KOTH with this glitch that happened a minute into the match, really, really not fun. It’s about time you guys fixed this after almost 5 months dont ya think?

It’s fixed in TU4. They just forgot to add it in the notes. They are editing the patch notes as per Octus.