What rare or uncommon skins do you use?

Skins that you don’t see other players have or use often.

TCA Recruit Lancer and Factory… everything else. 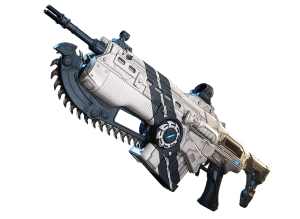 I like the vanilla look with the extra added lights. I also like the Onyx Guard set for the same reason, I just wish it had the lights on the magazines too

I hate all of the OTT animated skins and bright, fluorescent colours

Does the Psychic execution count as a “skin”?

I’m just using the Chrome Steel ones right now. Once I complete the Black Steel set I’ll switch to those.

Now and days I only rock the Chrome Steel Characters, Skins and whatever Black Steels I have.

I use the pixel omen skin set, top 3 fav skins in the game for me.

Purple Phantom until the Pink Phantom is available

DITTO just for the lancer

The only uncommon skin I use is the Locust Rune weapon set. At the moment I am back to using Heroic Venom (On the weapons I have) and the Master Loadout.

The Palace Guard, the Sentinel Theron and Jermad

I change them pretty much every time I play, but if we’re talking rare or unusual I guess I’ll mention Rockstar lancers and naturally whenever the Black Phantom discussion takes place I’ll remember to equip them.

Other than that hmm… Gilded Kait.

uncommon as heck but Jermad is pretty common.

I don’t see Jermad often to be honest.
I think the Palace Guard is uncommon because of its size and slow quotes. In Italian is very loud and deep, you can hear him from too far away

the palace guard is in fact a UNIT.

It’s cool as hell! I adore his armor design but damn, he speaks like an 80 years old man hahah

hes as old as the hills lol

Jermads my personal favorite of the therons. but the classic grenadier and beast rider are my babies.