Similar to how he is in the Gears campaigns, but instead in Horde with abilities or “roles” to use.

I don’t know if anyone has suggested this before but let me explain it in a bit more detail.

Each character would have their own robot (Jack) following them, so there would be 5 in total on the map.
You could pick a role to assign to Jack in the menus, for example;

The Seeker - Designed to spot and stun enemies when ordered too.

The Gatherer - Designed to spot and pickup weapons on the floor, can also smelt for power if told too.

The Taunter - Designed to be a tank and distract enemies, can also revive himself once per round.

The Medic - Designed to heal and keep the team alive, can also heal multiple teammates at once.

Just a couple of suggestions, there would obviously be more for variety purposes. The roles aren’t supposed to be too powerful, more to be used for supporting and to give the player a few more options while playing.

You can tell Jack what to do by bringing up the Tac-Com and having four actions assigned to the X A B Y buttons, like the commands for your squad in the original Gears. Jack will also prioritise whatever you spot, so for example you could spot a weapon, an enemy or a downed teammate and Jack will pickup, spot or revive depending on what role your Jack is currently assigned too.

Jack would also Cloak when not ordered and or not currently doing something to avoid him being a nuisance and getting in the way as there would be 5 floating around, also means he wont be getting shot constantly.

You could customise Jack in the menus too to be able to identify him easier by changing how he looks, what skins he has and even his name which would be displayed above him so you know it’s yours.

Obviously Jacks A.I would have to be pretty smart, you don’t want the player to be constantly givings orders.
Just more guided in the right direction as to what to do and the ability to prioritise certain things.

Remember it’s just a random idea but i thought it was quite interesting, so i thought i’d make a post about it.
Gears 5 Horde is my least favourite out of all the variants we’ve had and definitely my least played. Locking characters to roles is the worst thing they could’ve done i personally think, and the excuses they gave for doing it were pretty pathetic.

Each character having a supporting Jack would be really fun if done right and would really add something new to Horde instead of basically the same recipe over and over. Horde specific maps designed for Horde would also be a huge leap forward, allowing bigger maps and proper spawns for enemies instead of the map being tuned for versus with Horde being the afterthought. Sick of seeing the Brumak glitch through every wall possible

I play as Jack and I’ve always wanted my own pet Jack while I am playing as Jack.

You could name him Jack Jnr.

This thread has been

That reminded me of another role that the supporting Jack could do.

If im being honest, i think jack might be that “Get baird” option since Baird treats jack like a person or a pet that he cares for, maybe once the hero system is removed they can add a perk card called “My little friend”, which permanently gives the team a jack companion, i know TC would be against the 5 jack’s in a game thing.

So we’d just need one guy who has the card to get the jack companion and that’s kinda it, I don’t think buffs would make sense if multiple people have that card.

Jack as a companion for Escape!? One jack for a team!?

Where would you even find him? He can’t even be put in a pod, so it’s hard to put him in escape.

Backpack drone like the one from the Ghost Recon: Breakpoint game… 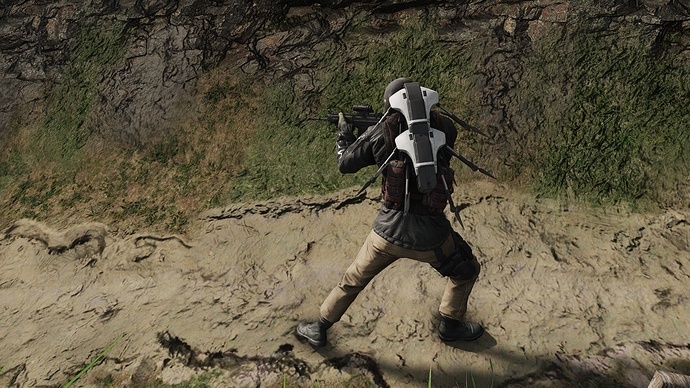 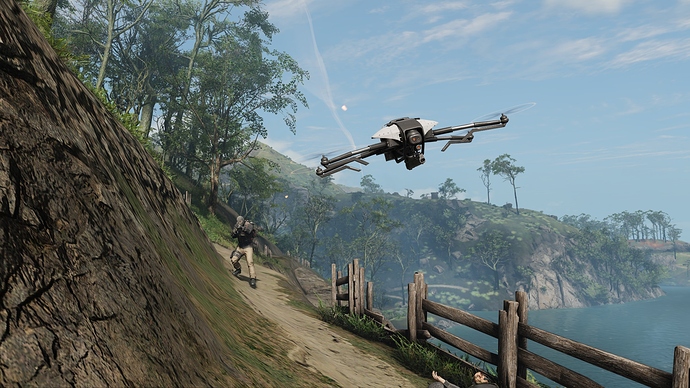 You have to remember that jack is big, you’d need one of those old things to put him somewhere and the hive’s would only allow him to wait at the exit, which is kinda pointless.

Or a new temporary body for Jack when he help us in Escape!?

So he’s a terminal now?

You have a good idea OP,poor jack does get a low score in damage, then other characters,now that the smelting is now 150%,Jack can now get light from the power tap,which is Was a good idea,no disrespect he is a good medic,wouldn’t be without him/her.