What Happened To Dom's Knife?

After Marcus killed Myrrah with Dom’s knife, what do you think he did with it?

Did he toss it aside when he took off his armor? Did he keep it and clean the blood off it? Or do you think he kept it along with Myrrah’s blood?

I’m sure he kept it. Thats his boy’s knife and he just killed the person who, mostly, caused all his pain with said knife. Id frame it up on a wall.

He kept his knife. The knife that Marcus uses might actually be Doms because it looks very similar to his. But then again, I think the knife he used was the standard issue cog knife, not his commando knife. His commando knife is more smaller and less intimidating.

He kept his knife. The knife that Marcus uses might actually be Doms because it looks very similar to his.

Confirmed by the Lore Coordinator, Parasidian, that it IS in fact Dom’s knife. I don’t remember the game launching with them, and I could be wrong lol… but I think they gave a lot of the characters unique knives in Op 2.

@Parasidian
One really neat detail on Hivebuster Marcus is that he has Dom’s knife sheaved on his belt so you can see it at all times.

You can easily see that it’s Dom’s knife, which answers your question. He kept it and is still using it to slay the enemy lol.

Confirmed by the Lore Coordinator, Parasidian, that it IS in fact Dom’s knife. They gave a lot of the characters unique knives in Op 2 I think… I don’t remember the game launching with them.

Farmer Dom uses his knife that he gave Marcus in gow 3. On all of his other skins, he uses his commando knife.

Also, the standard COG knife looks different. Here’s a pic of the unique knives (some are missing), with JD holding the COG knife and Marcus holding Dom’s. 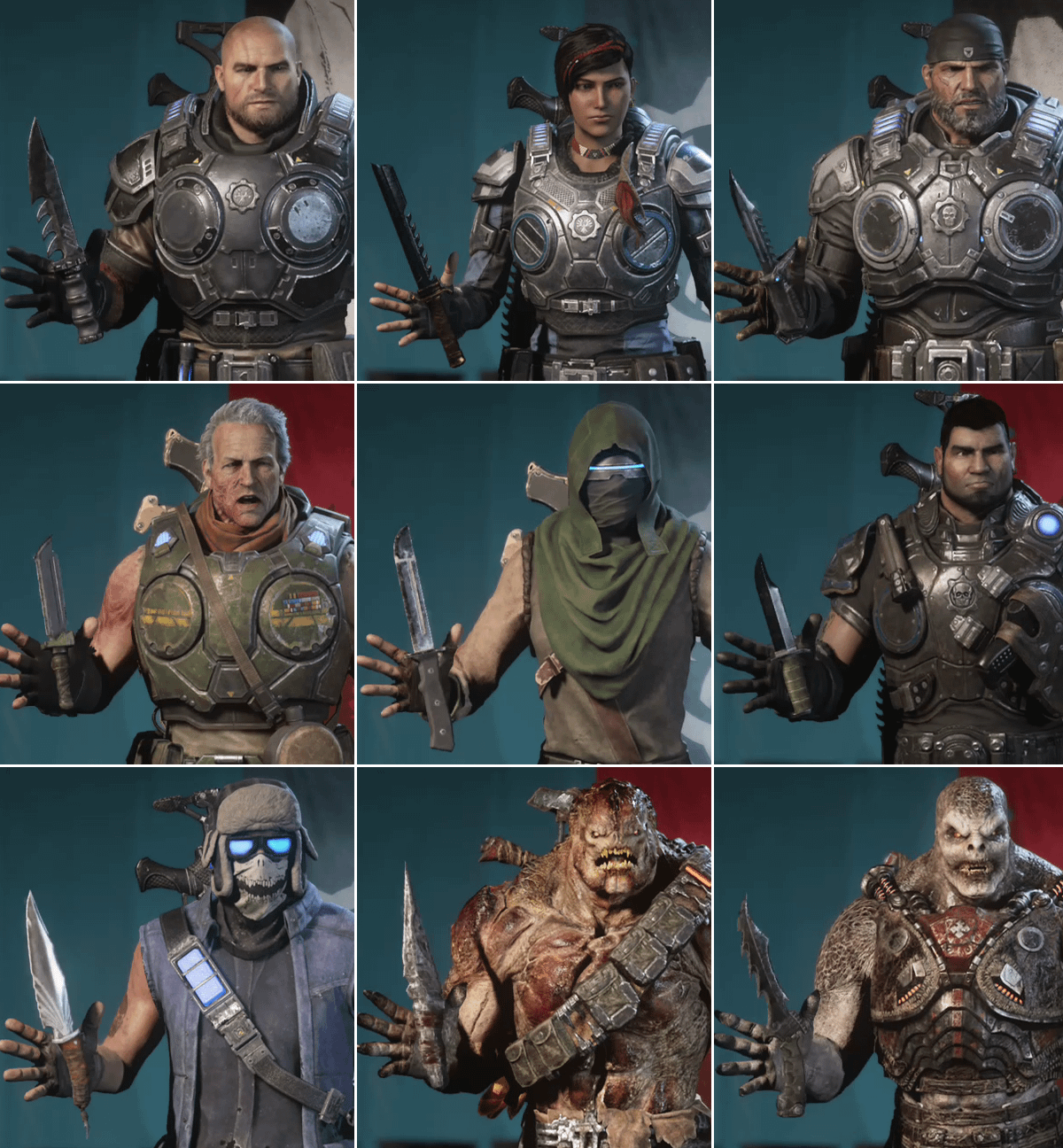 I love how Doms commando knife looks very similar to a knife that probably exists in today’s military while the current cog knife looks like something Punisher uses to clean his teeth.

JD’s and Locast Drone’s knives are designed to shred the flesh and inflict the maximum amount of damage.
Once those knives are in everything comes out on the way back.

I made this for a different reason when the game launched but its applicable here. 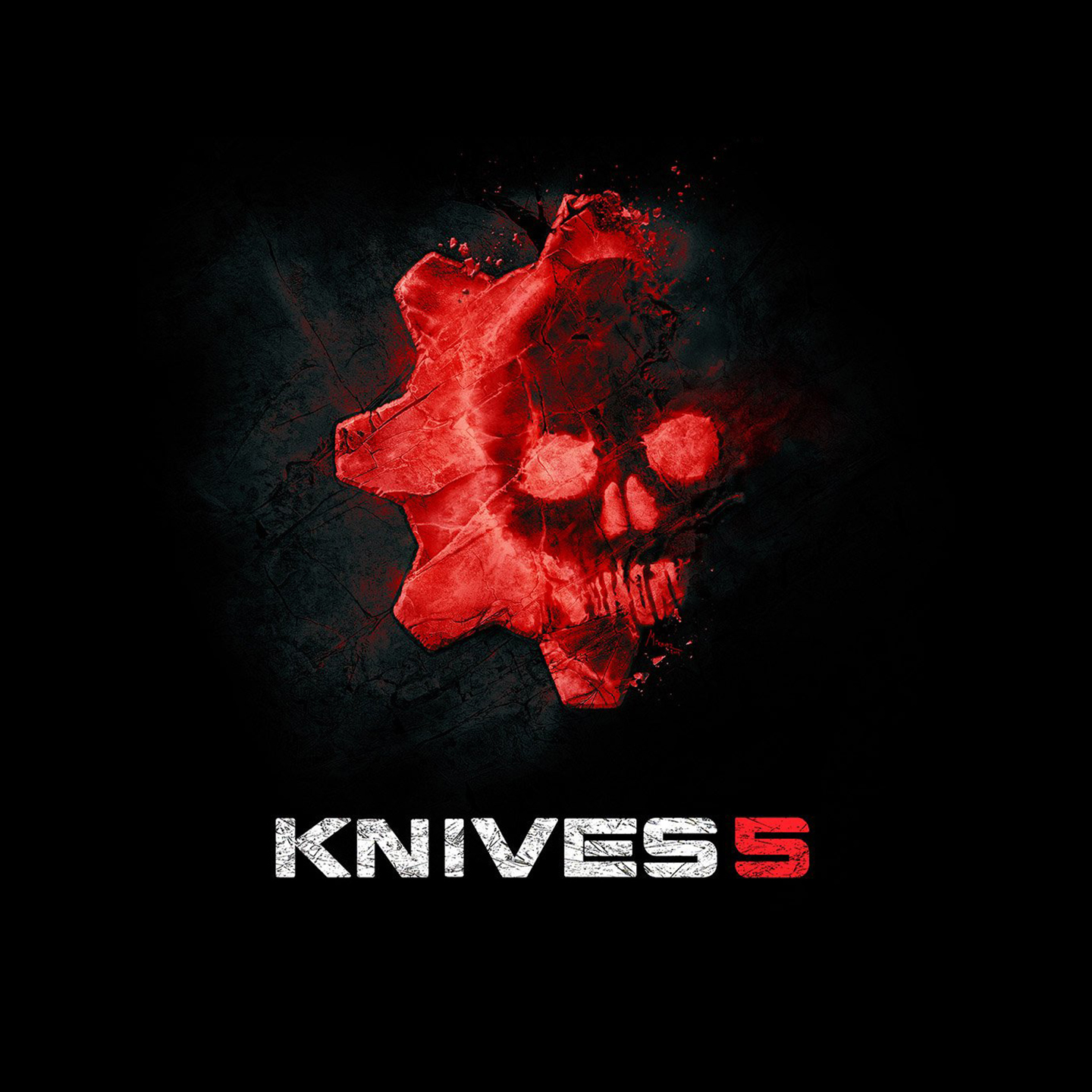 Aww! That’s sweet, my boy! Well it is a Monday, the start of a long working week for me. So why not throw in a wee brain aneurysm along with it!

Que? What is this Mineish you speak?

Assuming it meant “Legend plus ratio”, meaning a level of Legend only achieved by certain infinitely handsome individuals.

My dearest Kaz, it does not mean that unfortunately

Googled it. So disappointed! Anyway, shoo! Get back to Gotham! Sure I left some decent scores for you to get nowhere near.

Excellent! Some can be tricky but you should be alright.

Nightwing has been a character I struggle with using because of his two stun batons, everyone else I can use just fine, Harleys alot of fun, batgirls amazing, batman is batman, etc… so I can already see myself struggling to finish all of the ar challenges because of him.

Hes much easier to use in Knight than in City but still.