What genre of video games do you think the franchise can expand into?

after the move from tc to ue5, I hope the main gears saga takes a good rest, but that doesn’t necessarily mean that we don’t have more of our beloved and hated franchise, even though the success of tactics was more discreet. , as far as I was well received by the community, and that is why I would like to know what genre of video games they think would fit well with the franchise outside of the tps and so direct fps, because even though this is the main attraction for the main followers here, it is no secret to anyone that all the lore of gears has immense potential to release many products set in this universe

apart, as I said, I think the best thing for the saga is that gears 6 takes a long time to arrive, because this fifth installment has been one of the most controversial and like its companion halo, with its controversial halo 5 and its expected infinite, A good rest and enough preparation time can raise expectations and improve this situation (not ironically I am scared by the parallelism and the things in common that these 2 franchises have had, they have so many things in common that it is difficult to believe that it is a coincidence, in short), well, maybe in this period of time the saga could experiment in different types of game to expand and adapt to more environments, demonstrating the power to have good versatility in the industry and above all stay relevant.

well, as the title says, what would you like?, something like a tactical game?, maybe a horror game?, a game type moba, mmo or rts, if I had to give my opinion to me honestly I would like a rts type halo wars, the vehicles in gears have always been in the background or are creatures that play the role of bosses, but such a game could give us the opportunity to use vehicles that we have rarely seen, such as the gunship variant of the raven, the uir asp , the centaurs, also the vehicles that have never appeared in any game such as the khimera, the sea ravens, the corva, the petrels, the terns, to name only the existing ones, obviously could create more, and for the locust side there could be the reavers, seeders, brumaks, hydra, etc, personally I would like you to rescue the dragon locust from what was once unreal warfare, the design is great and it feels in harmony with the locust aesthetic, and in the canon they can easily do it go through one of the many ukkon experiments, and maybe even bring more versions of the locust with imulsion (I’m surprised ukkon never had the curiosity to play with imulsion with boomers and berserkers), even in a game like this, could enter very loved locust that we have never seen canonically (hunter, spotter, miner) 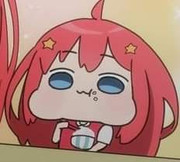 I would also like a Gears of War version of Metal Slug.

A game about being a true war veteran!?

couple of years ago i had an idea about what coalition should do if they want to touch on that negative space story telling aspect if they really want to expand the gears of war universe, all the books and comics and games telling the same story about pendulum war - locust war - post locust war and it’s just 120 years of history with different perspective. but i believe sera offers a lots of untouched rich history that needs to be explored. i think it’s fascinating to see sera before destroyed beauty by hammer of dawn and locust war. here is the 2 idea i have :

brutal Gears of War game in Age of Armageddon with sword and shield something like Ryse or hellblade but with Gears DNA . also sera creatures and beasts play the important role in gameplay and we can take control of them like rockworm, reaver, CHUZZ(horse like creature) and many other new creatures…

A spin-off based on founder of Cog and how he established his legacy. ( this game go through all the politic decisions , sacrifices , big scale wars . beautiful environments and different cities , it could be open world or semi open world or even linear third person action advanture with touch of strategy game like age of empire or even mount and blade. ( lots of possibility )

the art direction and cinematography in this game is very important , this should not be treated as previous gears title and being colorful with bright values. ( like 3 ,4 ,5 ). this should be treated like a beautiful old paint to give you sense of historic vibe that sera have.

by the way all of these could be spin-off and yet we have our main gears 6 7.

but i have another cool idea for future gears genre.

i like to introduce rouge like gears of war game, in this game you play as deebee and your creator damon baird and his assistance iris sent you through dungeon like quest which the whole purpose of mission is about collecting data about deebees new generation weaknesses and improve the survivability against swarms. (like not getting infected by swarms)

in this game you getting killed alot like the other games in this genre ( hades ) but with every run you going to collect data point which you can use it for upgrades the deebees different part.

during the game you meet lots of familiar characters and damon baird sent you to bonus mission to help the crew,

every time you got killed you will end up in deebees factory and play as a new model but with the same upgrades and enhancements , you can walk around damon baird’s lab and witness the conversation between main characters and overall struggles the characters goin through during the war.

also this deebee have ability to to talk like iris and he/she going to gain more AI consciousness by every run and as a results this deebee personality will heavily inspire by damon baird and people around, so you can expect some funny dialogues and humors .

in this game tons of upgrade and specials you can unlock, for example having 2 jack assistance flying around your head and shock the swarms

and for the camera angle something similar to hades three-quarters isometric.
i can go on but you get the picture.

A date sim about getting a relationship with Berserkers. 95% of the options let you (Locust) die.

A cooking game involving finding rats and how to cook them for a better taste.

Jokes aside, a game about the stranded and how they managed to regroup, survive (something like fallout games) and the interactions with the COG.

And I 100% agree with @GhostofDelta2, pinball and metal slug style Gears would be awesome

I was about to suggest an old school pixellated run and gun arcade shoot em up which incorporated cover mechanics. You beat me to it

Survival Horror with a more action element - Playing as a lone Gear during the HollowStorm operation.

I honestly can’t think of anything else as the genres I like wouldn’t lend well to Gears. A Gears of War RPG? Action/Adventure of the Dark Souls variety? First Person Shooter which would be vomit inducing roadie running or rolling.

I guess you could do a beat em up game. You have a variety of weapons to pick up both melee and guns with a large number of locations for stages. We have distinct looking characters and a decent roster of enemies to fight.

Maybe a Sims type game. Where you can play as a young Marcus (or other character) in high school , dealing with the day to day life of a teenager on pre-war Sera. Aspects include dating, hanging out with friends, shopping, eating , playing sports, feeding your pets, etc.

Playing as a lone Gear during the HollowStorm operation.

I’d be down for that.

Also, an Open World RPG of some kind. The enemy, weapon and location variety in Gears is unmatched.

It would be great if you continue, the ideas sound really great, about the game of age of armageddon, it had also ocurred to me that it would be a very good idea to make a game at that time, something like, make it pass as a medieval/ancient greek game, and about deebes, that idea sounds fabulous, I really think that deebees are very interesting in the form of a kind of avatar for the player, they can even give them a better body language to express more life with movements and make them more interesting, I also think it would be great to see more variants of the deebees, both new as known, with the gameplay of skills that you propose you could call reinforcements deebees for your help, how about a formidable dr-1 or a pair of guardians that clear your way, or a horde of trackers that help you in combat, even the kestrel can play an effective air support role, really although in the main story they only serve as background characters, in terms of lore you can explore a lot how they are the main armed force of the new cog, and how constantly They can improve little by little to be more and more capable of protecting the little humanity that remains.

A Realtime Strategy Game could be awesome if done right.