What fps do you get in team deathmatch?

Hello, I’ve been wondering for a time about the performance I get in teamdeatchmatch-versus mode. I have a ryzen 2700x and a gtx 1080 (game is installed on a SSD and is acquired from Xbox Game Pass) and it runs other games okay and no hardware issues (it gets stable 120 fps in battlefield 5 call of duty cold war rainbow six siege overwatch and other numerous multiplayer shooter games)

in this game however my performance is bad compared to other titles. I’m not here to critize game’s performance, i just want to learn if others have the same issue or not. since everyone praises this game’s performance a lot and it even comes with a 120 fps option for consoles i wondered if this problem is particularly happens to me and if there’s any remedy to fix it

Can other Ryzen gamers confirm that they have similar FPS drops? Or is my system having problems with this game particularly? I just want to learn that. Am I due for an upgrade if i want locked 120 fps in this game? (btw i also don’t have a temperature issue, evidenced by the video itself, no throttles, full boost clocks) 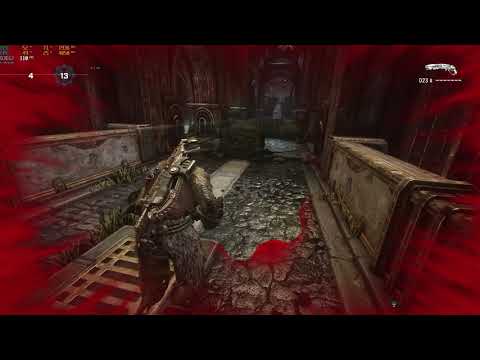 The problem is that TC partenered with AMD so nvidia didnt made any optimization, gears 5 its a demanding game.

I have a ryzen 7, RTX 2070 and the game its installed in a SSD. CPU never gets above 20%, but GPU can get up to 90% with ultra settings at 1080p. I get constant 120 fps in MP with ocasional frame frops that rarely get below 110, dont really notice them and barely affect gameplay.

I use a xbox controller tho, and theres a bug within win 10 that causes stutters to any game when its connected to the pc via bluetooth. Playing wired fixes this. Doubt this is your case since you are playing with KB/M, but im not sure if its a bug that happens if you are using any other bluetooth device.

Also, I dont have the latest nvidia drivers installed either, currently with 452.06 without any big problems so far.

Which video settings are you using? high? ultra? low? custom?
There are some options that requiere way too much GPU resources that it’s better to disable to get stable fps.

Just got a Series S and I have to restart the game almost every single time after a ranked game because my FPS drops from 120 to 60.

Hello, I’ve been using “high settings”. I later tried lowest but still dropped below 100. I guess my CPU is not up for the task

Just to be sure, try using the benchmark and posting your results in lower and high settings.
Also try disabling the options that I post in this screenshot (red square) and disabling any overlay like nvidia overlay, msi afterburner, etc…