What do you expect from gears 6?

Huh our opinions are exactly opposite, I like 5, 4 was…decent lol

I am sending this to your mom.

5 had Fahz and Lizzie, and 5 had some great moments. But I actually did like 4, it’s not my favorite campaign ever but it was enjoyable, I did not however like those dumb defend parts.

i get why you are frustrated about the game and i think it’s fair to say with 2.5 max 3 years of developement coalition did a fine job with gears
even they admit their struggled with creating gears of war 4 which it was their first triple AAA game.
what gears is lacking is innovative pvp mode and better campaign and i guess with more extended developement time i think it’s achievable.

Kyle do I need to roast your mom?

This is something I never understood about Gears being a horror game. I played Gears of War 1 when I was 10 and I was hardly scared at it. The only moment I could feel real fear was by the end of ACT I when you had to fight the berserker, but other than that this series has never felt like an horror game to me

Some of those vehicles were cool AF.

The customization would be awesome. I hope they add big team with reavers, Brumaks, tanks, ravens, etc

The mode will be called “Gears of War”

Aliens:fireteam elite with ai as your team

Lol, they guys are amazing.

the only thing that can relate to horror aspect of gears i could think of is, this trailer : 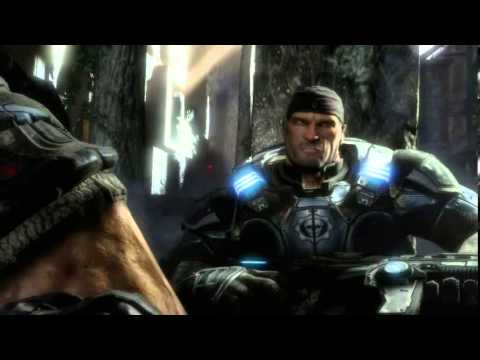 or berserker scene as you mentioned which black tusk changed couple of things about it and it hurt my feeling lol.

Looks like that was their original intent, at least on the first half of the trailer.

Same here, there is maybe the stuff in the old Electricity station and a bit with the out of nowhere killer bats.
But that is extremely minor compared to actual horror games.
I mean even mainstream Horror like Silent Hill or Resident evil is scarier.

I like most of the UE changes. Sometimes the camera angle was awkward on 2006 gears. And it’s more detailed.

yes totally, the changes was great specially the cinematography and overall atmosphere.
the thing i didn’t like was they pictured marcus kinda looks like a rookie which he is afraid or scared of raam in this scene which in the original he was pissed

The problem with the debate is that Gears has never been a horror game. It’s a shooter with a horror aesthetic. We can see in Gears 2, though, a dramatic shift away from that aesthetic by simply comparing the color scheme, character design and soundtrack. Gears 2-5 don’t have the same emphasis on desperation and the fragility of life that Gears 1 had.

But none of them have ever been horror games. Horror games take agency away from the player to make them feel small and scared. Gears gives you a fully automatic rifle with a chainsaw on it.

Your completely right though, even in Gears 1 I never wondered what is around the corner and if I can deal with it.

Don’t you mean the payday 2 ai who can pretty much tank a swat apc mounted mg gun?