What are your favorite Locust / Swarm creatures?

It can be for any reason, which are your favorite creatures of both factions

Mine are the ticker, (especially the wild ticker), because well, it is the closest thing the horde has to something cute, I remember that it is my main in the beast mode of gears 3, the same could be said of the shrieker, that it is small, and also of the leech, it is tender in a way, yes, I do not have too deep reasons 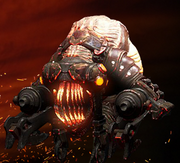 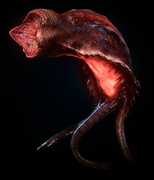 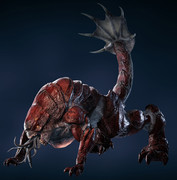 a favorite of mine is the brumak, they have always seemed very cute and cool, if we think about it they are not even evil or attack us directly, the beast rider is the one who shoots the weapons, and the brumak only walks, in fact in gears 2 marcus and dom kidnapped one and the brumak did not even question in attacking his comrades, including a corpser, when you destroy their weapons they seem to only limit themselves to make you “rowr” and walk towards you, it seems that the brumaks are not very clear about their priorities

If tc sold a plush brumak, a plushmak, more specifically the one on the exhibit map, I would probably buy one, watch out there tc, maybe a collaboration with fumo is coming and they make money selling plush dolls

Not a “creature” but i love the design of the savage Locust Snipers from the Gears 3 and Judgment Aftermath campaigns. They look sick.

Grenadier has been my favorite locust character for quite some time, I like them alot more specifically due to multiplayer,

Theron Guards are my favorite more specifically for campaign, especially because of their first appearance which has stuck with me

Warden is my favorite swarm design by far, not too much to say about him but he looks rad.

Imago as silly as he looks is a top 3 swarm character for me.

Pouncer aka Platypus is my favorite swarm creature

I would love it if TC sold Pouncer plushies and other locust and swarm themed creatures.

On another note, when can I get a pop vehicle of a King Raven or of a Armadillo?

Corpser because it reminds me of how i would use my hand to make a claw at my old cat back when he was a kitten and his ears would go back just before he dove in to attack. Then i’d close my hand and gently squeeze his head while he kicked the shyte out of me.

also my favorite is Kantus

I just call him Grenadier but the swarm Grenadier exists too and I dont want to confuse people lol.

True lol. Idk why but I really like him and prefer him over the Grenadier elite.

The hunter elite is also a favorite of mine, played him all the time in UE.

Damn I forgot about this character. Really makes me wonder why we don’t have Golden Hunter in either GoW4 or G5

Dont forget about golden miner either

Theres still alot of locust variants left out, personally I have who I want but I would love the miner and hunter to come back.

Was there a regular miner? shame we’ll probably never see those characters again.

Savage Theron. Badass looking Locust. Make them as fierce as the Cleaver Therons in Judgment (they move much faster and don’t get stunned from bullets) and they’d be a legitimate threat.

Favourite locust would be the Mauler. The Mauler was my main in Beast mode. So much fun smashing through the cog in seconds with a group of other maulers. Like it helmet too and getting a torque headshot on a mauler in horde was just as satisfying as being one in Beast.

I would have to say the “bigger” locust enemies like the boomer, mauler, grinder and butcher were some of my favorites and most memorable. Hearing that “BOOOOOM” voice line from them sounds badass. The voice actor did a fantastic job on these. 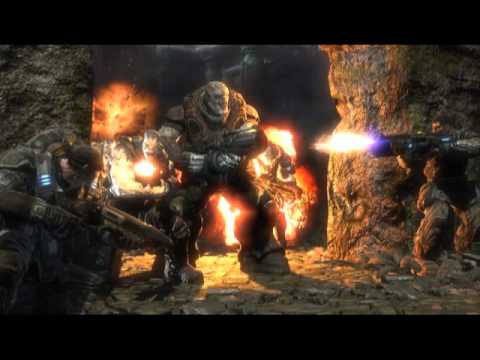 Out of the creature line-up on the Swarm side I don’t like any of them.
Locust has a great number of creatures which are all distinct and have a role to play. If I had to pick a favourite I would also say the Bloodmount.

For the Swarm/Locust troops I would say Warden and Locust Grenadier are my favourites. I ain’t a big fan of the Swarm designs.

My favorite locust would be Giant Serapede in Gears 3 beast mode.

Its super fun playing as it, especially when you have another one next to you. You get that feeling of domination aha