Weapons from comics / novels / other media in main games

We cannot know what new weapons the next game will have, but maybe we could ask, speaking of weapons, weapons that have appeared in other media, among some of the examples I can name

the uir pistol only appeared in a couple of panels in the quickening comic, where tai, having killed an indie, looted his corpse, found the pistol and used it to kill 2 other indies, although his design is somewhat simple, ( I think this goes back to the days when the uir didn’t have such a uniform design style) just give it a little green and voila, and it would be great to have a new snub counterpart pistol, something that i miss from gears 3 is the variety in the initial weapons that there was, being able to alternate between 2 shotguns and 3 assault rifles, I understand that the Retro Lancer was op and that they removed the sawed-off, and that hammerburst changed, but it is missed that variety, I would hope that it would come back later separating the hammerburst and returning sawed-off, but it would also be great to be able to choose which pistol to start with, and yes, I know that heel and boltok are too strong to be initials, although this is where this pistol could come in, they could give you a shooting mode different from the snub (but in the long run they do the same damage) and that’s it

the uir belt-fed machine gun was the main weapon of the uir in the comics, it seems to be more of an LMG, so maybe it could enter the game as a medium heavy weapon, type dropshot or tripwire crossbow, (all this the uir needs an assault rifle, that of using dmr’s like markza and lmg’s like this as a standard rifle doesn’t sound like the best of ideas), its operation could be as one would expect an lmg to work, perhaps similar to the m739 saw that is in halo, or something simpler, like a claw It shoots without locking, with the design as the same, it is very similar to the lancer (in fact I think it is based on a concept art of this) so a facelift with more green and yellow will make it look better 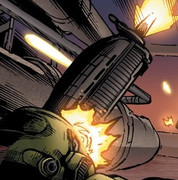 the gorgon-hammerburst rifle (that’s how it is named in the wiki) is a rifle that uses skorge throughout the rise of raam, being a comic obviously its shooting mode is not shown in detail or anything but they could do something With it, perhaps it is a type of carbine, that has a medium range like the hammerburst 1 and that fires many rounds like the gorgon pistol, although perhaps without as much dispersion as the gorgon had, I do not know if there are more of these in hollow or If it is exclusive to skorge even though that does not matter, in several games you can use weapons of exclusive villains, such as prophet’s bane or tartarus’ gavel, after all it is multiplayer, the priority more than canon should be fun, It is nice to have canonical things in mp, like skins, but it is not to be so strict there 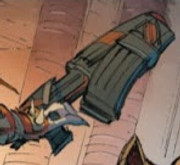 And well, speaking of villain weapons, it would be great to use the raam troika as a heavy weapon, similar to the mulcher but naturally stronger when firing 2 bursts, perhaps compensating for the power could make mobility slower with that weapon, I remember I saw a gears 1 mod that did that, so why not?

the gut-puncher is an anti-vehicle grenade launcher coupled to a retro lancer that is mentioned in the aspho fields novel, basically the GL of the retro lancer, it might sound redundant to have 2 rifles with grenade launchers but then maybe something interesting and unique can be done with that, maybe he’ll launch a different type of projectile or something, I mean, if they already have 2 types of grenade launchers that work differently (boomshot and booshka), maybe someone on the tc team could come up with some kind of grenade or mode shot that is unique and different from the GL

(sorry it’s from a novel, no pictures of this weapon)

Finally for now, maybe they could place the tactics weapons in the game with different variants, I really don’t know how they could implement weapon customization in a main game, nor how it would be handled in rankeds, or in casual modes, if it would be exclusive for private rooms or things like that, so it only occurs to me that they put a variant of the weapon with a full set that affects things like damage, speed, accuracy, etc, something similar to what relic weapons do, but instead of to be skins they would be weapons with different models, and technically they would also be canonical, it would be great to play with a precision lancer, a light longshot, a gnasher with a higher range or an extended magazine and with sights or a retro mulcher or an army mulcher (I I would love to play with the mulchers, and more with gunner)

What do you think?

I know, a lot of text 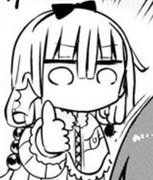 Not sure whether I have much of an opinion on the weapons mentioned in OP, but one weapon that I’d like to have an appearance is the Longspear rocket launcher, which I believe was primarily a shoulder mounted(held) anti-tank weapon and only featured in comics(to my knowledge). Not sure if a picture of it exists. But I think it’d be an interesting weapon to include in a Gears game, even if it may be more of a PvE weapon.

I had forgotten it, you are right xd, it is this I think, well, in the wiki they catalog it only as “rocket launcher”, and the longspear does not have an image, although one could assume that they are the same

although there is also one that tai is seen using, which is similar but it is noticeable that it is smaller

this rocket launcher was planned for gears 3, and in the end it was discarded for individual use and was trimmed and attached to the silverback, I heard rumors that it was because it was very op (although that seems normal to me being a map weapon), or that it is He ruled out because it was very similar to the halo rocket launcher, (to the spnkr I suppose), if this is true because now there are other times and since that does not matter a bit, and after all each franchise goes its own way so I doubt that for a weapon a franchise is accused of plagiarism, it would be great to have it as a map weapon, it would be different from the safe, and I’m sure it would be widely used in horde

even if it may be more of a PvE weapon.

Its definitely more geared for pve but I can see its use in bombing a single person in KOTH or someone attempting to swoop up a power weapon.

You know what’s funny is I was working on a “what if Judgement was completely remade” type of thread & was trying to work some of these in. (It’s still in the drafts rn)
Particularly the UIR Pistol & the UIR LMG. Basically, how I’d have it:

I also planned on eventually making a “Pendulum Wars game wishlist” type of thread eventually. I’d probably want some of those weapons there, as well.

As for the rest of the weapons mentioned:

But other than that, I’m not sure there’s a whole lot more weapons to choose from.
Maybe Sraak’s glaive/spear? Or whatever it is that he uses. Gameplay-wise, it could be like a mix of a Retro & a Breaker Mace.
So, you’d be able to slam it & swing it around, but also charge at people with it.
Edit: Here’s a picture of it.

Honestly though… looking at it now, that thing’s probably massive considering Sraak’s size.
It’d be like me trying to wield an entire lamp post As a weapon lmao.

Also; if there’s one thing this franchise does NOT need more of during gameplay it’s more explosive weapons.

I know, but it’s not available in PVP or PVE is it? It’d be a fun addition.