When they added the Lambent Locust, they removed all references to the Horde and the Queen, and even removed interactions. This also goes for Lambent RAAM, who’s a skin.

They should expand on this. Clayton could have exclusive Gears 3 lines (throw in some newer lines for necessity, like interactions and Shock/Flash) when using a young skin like Recruit or Hollow Storm (can also remove references to his ‘dead’ brothers for his Recruit skin). And for his old man variants, he can exclusively use Gears 4/5 voice lines.

For Marcus, just remove references to him being old (“reminds me of the good ol’ bad days,” “oh, it’s hell being old,” etc.). This can go for anyone who’s normally old. He can keep interactions with his son, since Anthony and Ben react to Lizzie, and Anthony calls Marcus a Sergeant.

And at least give Karn and Sraak some unique lines, even if the majority still has to be Theron lines. Give them SOME individuality at least. You can change Karn’s voice filter to match Judgment better.

Also, Sid’s friendly fire dialogue needs to be fixed, along with respawn dialogue.

I doubt they’ll ever fix the effect in RAAM’s voice (and get rid of the more complicating wordy dialogue), but I’d like to see this.

One big big bearer of mine is Karns voice. Like it doesn’t feel like 100% the character if I played as him in my opinion.

Like it must really suck for fans of his to play as a character you’ve wanted for years just to have a Palace Guard voice. Kinda sucks man.

I love Skorge’s battle cry after he gets a chain kill or is on a spree. I’m not sure if this actually triggers it but its where I notice it the most. It really makes me want to use him more.

Oh yeah he has that howl doesn’t he! It’s like a roar it’s so badass, & yeah it’s commonly triggered on headshots.

Yeah if you’re gonna call a skin “Classic” make sure the voicelines are 100% classic as-well. If Recruit Clayton Carmine was his Gears 3 self I’d probably go back to maining him. He uses a few of Anthony’s lines but that’s just how it was, now he’s kinda boring. 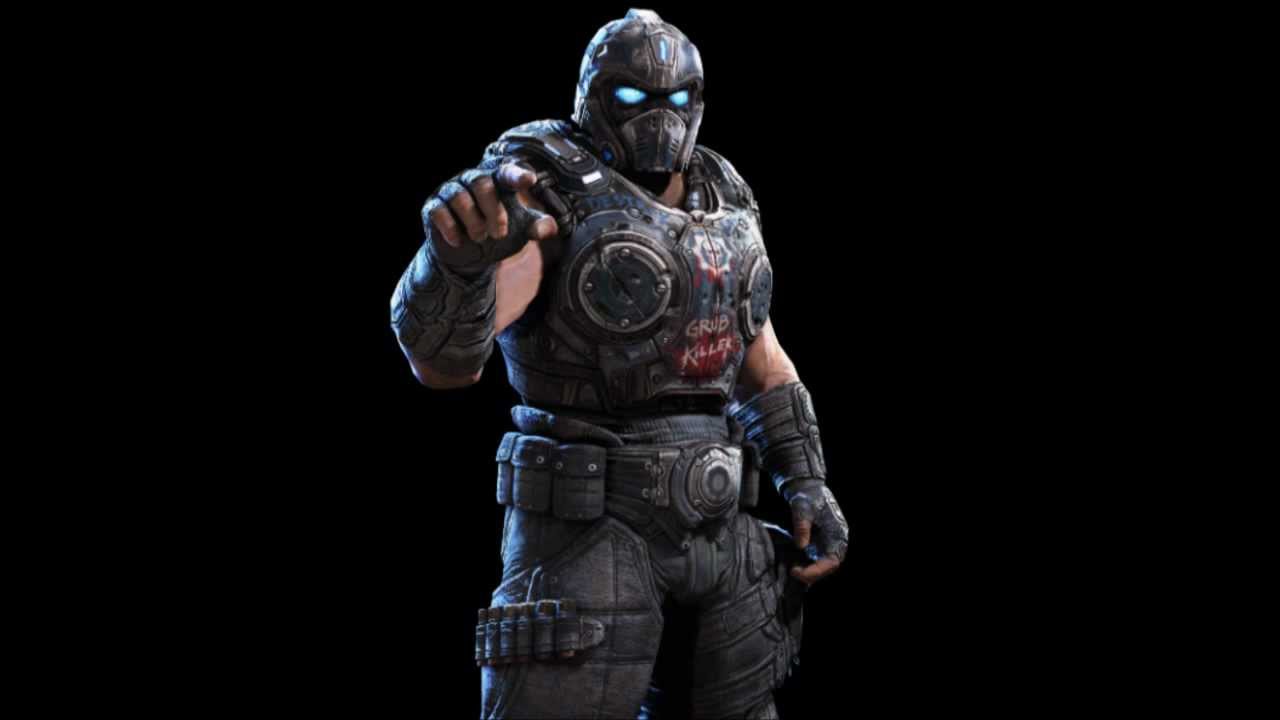 That video’s wrong anyway. Clayton shares no voice lines with his brothers in Gears 3. At least not a 1:1 carbon copy.

It’s all Clayton and some Benjamin, zero Anthony character lines were used considering his voice was bugged in 3 and he used Clay’s voice set. Also not every single Anthony line from Gears 1 is in the video it’s just the ones that were attached to Clay’s character.

I mean that Clayton has no Anthony lines at all.

And because of the bug for Anthony, neither does he.