Use your flashbangs...for the love of god

Title says it all really. This highly underrated item will save your butt from wiping. If you have no business running the other nades for the love of god get yourself some flashbangs. Either buy them or get some donated to you by one of the classes that start with them.
On that note. Sluggers with the proper cards maxed out you start out with 8 flashbangs. Enough to max out every teammember unless theyre using nade cards. Instead of tossing your flashbangs around like some brain injured donk at the start of the match, why dont you hand them out to your teammates. Youre most likely gonna buy frags anyway.

It really amazes me how little the usage of flashbangs are. Matchmaking, custom lobbies, wherever. People just dont use them, even if I give them some. Nahhh they instead prefer to back themselves up in a corner only to get mauled by the matriarch after she demolishes the whole base or waste ammo on a Warden that has his block up.

To be honest… Gears fans…

I buy flashbangs no matter which class I’m playing as. They are the single best grenade in the game. Very hot take. I know.

I buy flashbangs no matter which class I’m playing as. They are the single best grenade in the game. Very hot take. I know.

What do you mean flashes are the best grenades in the game? Have you seen how much value shock grenades add when you throw them at groups of enemies while a CQC class is there?

Have you seen how much value shock grenades add when you throw them at groups of enemies while a CQC class is there? 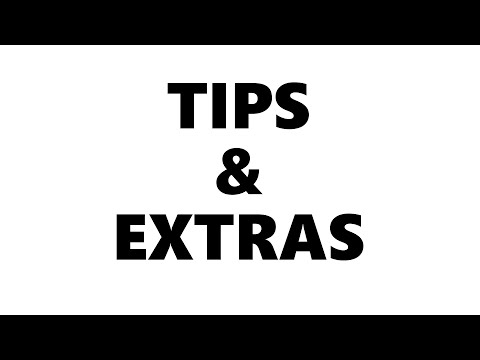 I’ve been trying to let people know how good flashes are.

Also, smokes. I feel they don’t get enough recognition.
Smokes can safe lives too.

Smokes are so good but most people just write them off because its PvE.

I don’t think many players know how useful they are.

Also, smokes. I feel they don’t get enough recognition.
Smokes can safe lives too.

How tho? Never in my life have I seen a smoke grenade be a lifesaver more so than literally anything else besides flame grenades.

Any enemy thats inside a smoke will not shoot their weapon. Most of the time atleast lol

I buy frags with my Torque Bow Gunner since I use Concussive Explosives with that build. Am I committing the unforgivable sacrilege?

Yeah this player I like overall, he’s had great matches with me, for some reason decided yesterday to play a level 20 Slugger (?) with reduced explosive damage on and three melee classes. He threw shock grenades the entire time. It got so bad sometimes I just sat around a corner and didn’t do much most waves as Striker because I kept getting shocked by his idiotic grenades. I seriously hate shock grenades in Horde.

I love flash bangs but dang I had some unlucky ones yesterday. I thought I was being all cute, threw a flash into a Boomshot scion, ran at him, and sure enough to his side out of my view… was a bastioned second Boomshot scion. sigh There went a breaker mace.

No lol with my playstyle, flashes are far more useful than frags will ever be no matter who im playing as. Thats just for me though.

So many times I saw players going down from Mulcher Scion so I throw a smoke at the downed player and run to pick them up. Enemies will not shoot at you when you are inside the smoke.

BUT - one needs to be careful if an enemy is inside the smoke with you. They will try to melee you.

The only enemy I have seen ignore smokes is the Stump. Otherwise, if I happen to have smokes on me, I save them for certain scenarios, such as a team mate who is out of reach and a Kestrel or Guardian is about to kill them. Throwing a smoke at the downed player keeps them from being finished off by those.

@SMARTAN_427 likes to use them as Brawler. He’ll throw a smoke ahead towards where he is about to go on a tackling spree, and I can say I have seen him do some crazy stuff with that strategy. Can’t stop the train.

Yup. I forgot the stumps just dont care about smokes for some reason lol

Enemies will not shoot

With the few exceptions ofc making smokes useless again. Stumps are barely a threat in horde since they always spawn in the darkest corner of the map where they can do no harm, but without fail they ignore smokes.

Pretty sure there’s at least 2 other who just entirely ignore smokes.

Any enemy thats inside a smoke will not shoot their weapon. Most of the time atleast lol

I must admit i did not know that

I’m with you. I always figured they were as effective as the blizzard in Icebound. Which is to say, not at all effective to stop the enemy from shooting you perfectly.

I will have to test this for myself.