I’ve done something similar to this before, but I intend on Tweeting any responses I get at the Devs on Twitter until I am either blocked or get an answer that suits me. 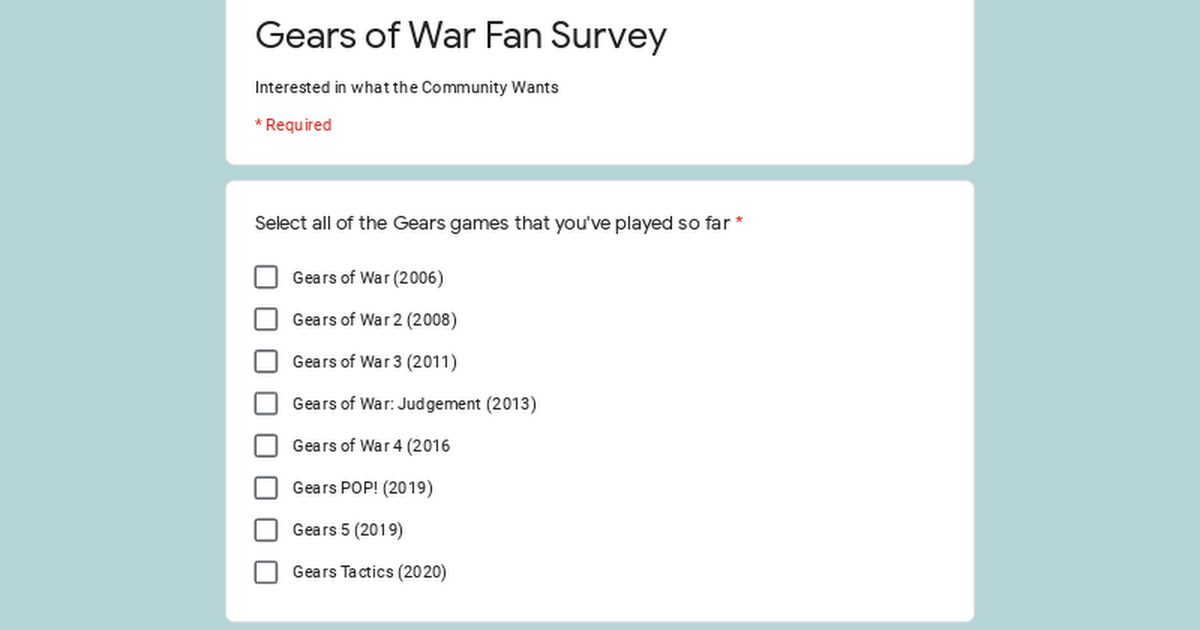 Through that link you’ll find a Survey on Google (That does not require a Sign-In, or at least it shouldn’t), this Survey is short and multiple choice. I’ll list all the questions here so you can be prepared before you go into it.

Also the global responses should be accessible through that link after people start to respond to the Forum.

The Optional Write-In, these are the highlights I found

TL:DR, the community seems to hate the TOD, Store and Hero system as is; feel like PvE is being left out. AND WE WANT GUARDIAN BACK.

(This is a side not but I’ve recently gone back to Gears 3 so I can chip away at that Seriously 3.0 for my favorite (or 2nd favorite depending on when you catch me) game. And so far playing Gears 3’s horde, which has no customization as to bases and no hero system, feels a lot funner than Gears 5’s. Mainly because Instagib and Big Head Mode will never not be funny. BRING BACK MUTATORS!) 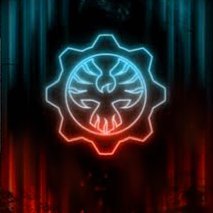 @KyleJLogan1
@GearsofWar @danasissons @OctusTC not sure who all to Tweet this at, but I hope this survey of the playerbase on the "official" forums can tell you about the state of Gears 5 and how much people dislike the Hero System. (Linked below) https://t.co/7yKvvUSlwr

Here’s the Tweet I’ve sent to Gears/Dana.Octus (didn’t know who else to tag) hopefully traffic or attention might get their heads up to this rather serious issue.

Great work with the survey, I hope TC see this.

Done, though my answers are very predictable

Well one of the questions specifically caters to you so I’d hope so in a way.

done man … its filled up now

I did my part

it’s good to have an actual survey instead of some of the ones I’ve seen where it’s just yes but in different forms.

Done thanks for the survey

Just did this. TOD is too tedious for me to wanna complete, its seriously intimidating and time consuming. I want the items but I dont wanna have to play horde, escape and versus every day unless I want to.

We need a battle pass. Allow for direct purchases from the battle pass for iron, or 9.99 gets you whatever comes to the store for that 3 months. Idk. We need something different.

I remember when people said predator and arnold were gonna be playable lol. I was down with running around as the predator.

Truly believe 1 shot down returning would benefit gears 5 the most. I’ve made threads talking about it and videos, overall consensus is people are open to trying it in the dev playlist. Hopefully this happens and we see if theres any potential there.

Just did this. TOD is too tedious for me to wanna complete, its seriously intimidating and time consuming. I want the items but I dont wanna have to play horde, escape and versus every day unless I want to.

We need a battle pass. Allow for direct purchases from the battle pass for iron, or 9.99 gets you whatever comes to the store for that 3 months. Idk. We need something different.

The TOD is just a free battle pass, that’s all it is with a boost component and the medals. I think it needs more (better) content, or more content per tier. As of now if you play an hour a day and do 5 bounties you can finish the TOD in 5-6 weeks. 2-3 weeks with Boost.

That should be an achievement

I’m just disappointed that “FOR THE QUEEN!” isn’t in the lead, it’s being beaten by “FOR THE COG!”

I mean kind of, but I would rather see an actual battle pass instead of these joke operation bundles. I think players would rather give TC 10 bucks 4 times a year for 3 months worth of content, opposed to the current system. I mean apex does well with a battle pass, and its offerings are just a BR mode, not anywhere near what gears 5 has [escape, horde]. Just throwing out ideas on how to pull away from the current store and show TC they can make money and give the community content that doesnt feel drip fed.

Edit: maybe keep the tod as the free battle pass to grind, and make a battle pass just for the store?

I did for horde as the queen was kind of secret in gow1 :o

I mean apex does well with a battle pass, and its offerings are just a BR mode

Apex is also free where people might’ve paid 60-100$ for Gears 5. If not more for the console.

Putting a pay-only BP like that in Gears 5 would be another spit in the face, that’s why I’m glad that the TOD is at least free, I just think it needs more content and the Store needs to be fixed.

The pay-only BP in Modern Warfare and For Honor are annoying in full-price games.

Also the OP Bundles are just shortcuts for the characters, as well as a good deal on weapon sets and Iron. The only part that relates to the TOD is the extra boost.