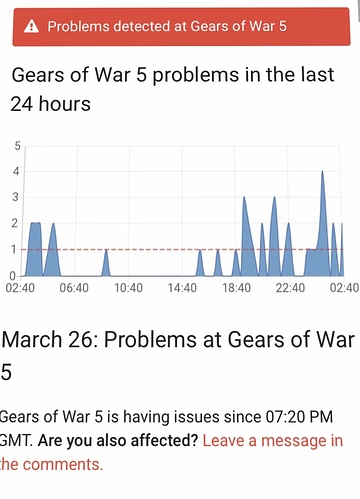 This is a triple a game ladies and gentlemen

Other games had worse issues.

Yes and no, Gears 5 servers are really bad.

Sure, I have Fallout 76. I’ve never calculated Anthem, I don’t like it and seems nobody does. Fallout 76 is a pile of bugs, server issues and crap, but I would say it’s getting “better”. Gears 5 is definitely miles away from them, but has a lot of glitches and stupid design issues. I mean, do you remember how it was at launch?

At least 76 is making a lot of progress. Still not worth playing and still shouldn’t have been released because it was a incomplete game but Bethesda is actively fixing and adding a lot. It’s clear they are trying and actually listening.

TC says they are listening and trying but nothing they do shows that. Bethesda is supporting their statements with updates and constant fixes.

Bethesda is supporting their statements with updates and constant fixes.

But at the same time they’ve continued to make mistakes and break promises from before launch.