Hey, everyone! I have a question for you.

After playing the Gears of War games for so many years, what are some of your best/epic moments that you will never forget? It can either be from when you’re playing campaign or multiplayer (Horde/Beast Mode/Overrun/Escape).

I have two particular moments from when I played Gears of War 2.

Another moment was when I played Gears of War 3. I don’t remember who I played as, but I was playing a Horde match on Sandbar. While fighting a Brumak during the boss wave, I was playing “Dragon Rider” by Two Steps From Hell. When the Brumak died, it exploded at a point where it hit an epic moment in the music.

My other great moment(s) tends to happen when I play Arcade Blitz on Training Grounds. When I play as COG Gear/RAAM, and spawn the Dropshot, my score immediately goes up every time I get a kill. 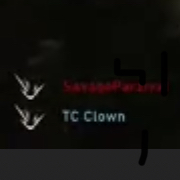 This is a timeless classic, forever to be enshrined in Gears history,

Mine is a tale of tragedy…

Back in Gears 2, playing Guardian on Security.

Back then almost my entire friends list played Gears and I was constantly rolling with a full squad. For the most part there was four of use were fairly static to the squad, with our fifth man being a bit of a floater (whoever was online at the time).

Anyway, we were playing against an extremely fairly matched team, it was almost like our skill levels cancelled each other out, because every round went on seemingly forever. During the match, as you’d imagine, there was a fair amount of disrespect, their team started it, but we happily played along. Everything from wall-crouch tea-bagging, to meatsheild wall-humping. It quickly became very personal and both teams wanted the win badly.

So, were playing and round wins are trading back and forth. The next thing we know, we are in the final round… winner takes all. Both teams trying to save face and keep their pride intact, everyone in the lobby was playing this final round very conservatively,… Up until this point the match had already been going for like 45 minutes and this final round was looking to double that. So much back and fourth, so many scary pushes, so many close calls, but the way that planted grenades worked back then made it almost impossible to push enemy leaders who were camping the nade spawn.

Finally, after our leader got pushed into the center area with the sandbags, Me and a fellow teammate we able to rush the enemy leader and managed to survive the planted grenades, we had him pinned with no place else to go. He downs my friend and picks him up as a meatsheild. I can hear the enemy team quickly flanking me, so I yell to our leader to drop the Mortar right on my head. Our leader (the floater), fires the Mortar, all shells falling outside of the map. By now, the enemy team is there and I am trying to bounce my way to survival. I know I have the enemy team captivated on me and I know they are going to hump the crap out of me if I go down. So, I instruct our leader to once again, drop the Mortar on my head.

As we all hear the very distinct sound of those shells flying through the air, more of my team arrives to join the fight. Thinking we can pinch the team and take them all out with the mortar, our only goal is to keep them from leaving the area for the next 1.5 seconds as we wait for the shells to land. Unfortunately, this time the shells all land too prematurely and miss the entire enemy team by like 10 feet. TWO MISSES IN A ROW!

Not really playing to attack, but instead to block. me and two of my teammates all end up getting killed by what felt like their entire team in that small little nade spawn area. As we are getting ready to respawn, doing a headcount and checking where everyone was, we realize that one of the enemy players had picked up our grenades and tossed them at our leader who was attempting to fire his final shot in the Mortar.

Needless to say, it was a perfect throw and our leader was blown to bits… We lost the round.

I will never forget how our teams floater had ZERO idea how to aim the Mortar accurately and how it very likely cost us the match.

had ZERO idea how to aim the Mortar

Everyone has one of those friends.

I love how I randomly stumble on threads making fun of me.

This is the norm.

The best moments are the failures of a Clown.

I asked my friend bloomz to clutch a guardian game once and he killed the leader and all four of the other players .

That’s why you need to read each and every post on all threads.
You never know where you would find your closest friends laughing at you.

thats an epic play. blowing yourself up with your own frag.

They don’t even have the decency to tag me smh. I have the lamest friends

I remember awhile back, when I first started playing PVP , I was playing arcade mode. A 5 stack of really good players popped in on Reclaimed. We played them and got destroyed beyond all recognition. I think I had no kills and 8 deaths, At the end I was kind of just hiding and praying for the match to get over with as they had dominant map position and all power weapons. Popping heads with sniper left and right. If I recall correctly they won the match 50-1.

Please tell me you recorded this, I want to see this.

179 is damn close. Must have been intense, not letting the enemy team cap the hill for even one second and rotate hills at the last second.

Sadly no, I didn’t record it. But Snubbs can vouch for me that it happened.

Oh yeah that happened like two days ago. There was also a point when the score was like 179-120 where three of them were in the hill capping and I got a break/two kills with under 1 second to spare lmao. It was also against a four stack.

Did u not see the fly they were aiming at.