I was wondering.
We already know we’re going to have an Hivebuster DLC shortly in Dicember , which I’ m looking foreward.
I believe it would be a smart move from TC to also develop an UIR DLC , later on.
Think about it : minimum effort , maximum income.
They should just waste some money hiring new voice actors and animating the cingols , but I believe that the profit of such thing would greatly surpass the costs.
They already have the models , almost all of them.
So much models that I believe that at some point , somebody at TC already thought about this.
Let’s check it out.
They have land vehicles. 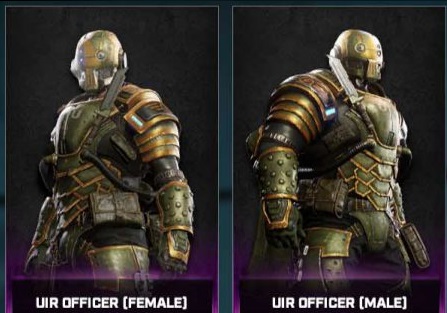 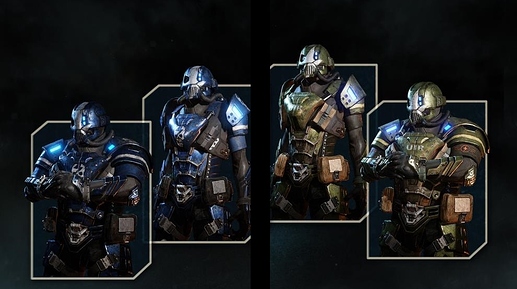 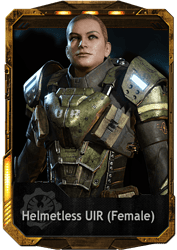 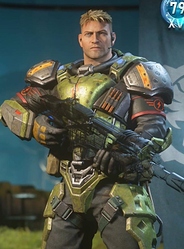 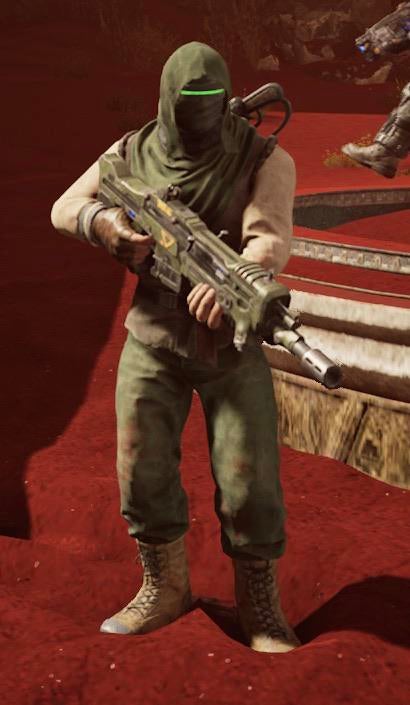 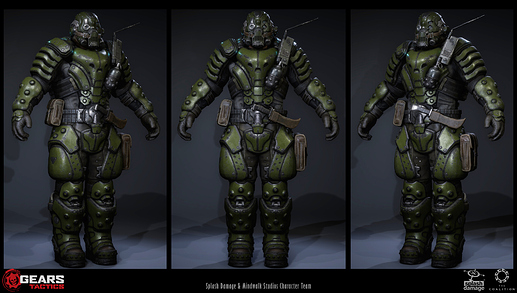 Gears Tactics UIR armor1920×1090 386 KB
(I love this one in particular. Dear TC , whoever designed this , raise his/her salary. This is how a Gears of War armor should look like.)

Also it would be an awesome way to bring back some old friends such as Long Range Markza (reduced damage hopefully) and Booshka , since people seem to have loved the Scorcher being back. 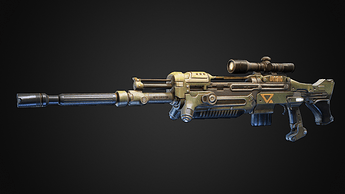 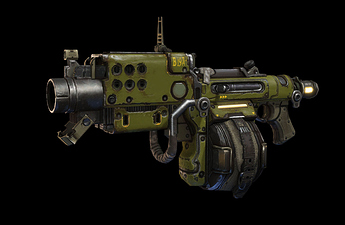 There is actually one more thing that TC could add for the awesomeness.
The old UIR Belt-fed MachineGun. 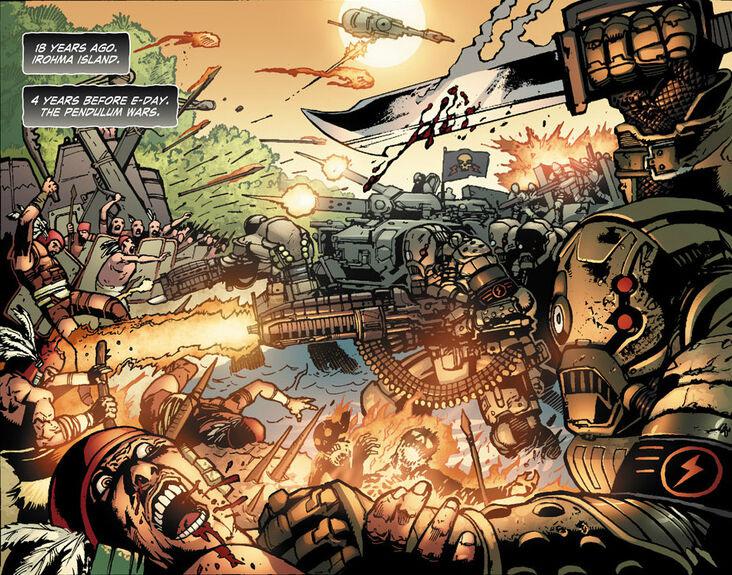 Detail in the middle of the picture.
Welllllll , I don’t see this coming anytime soon.
I know how much does it take to create a model from zero and also Gears purists would just hate a heavy machinegun with huge magazine.
This could be single-player only , or turret-mounted perhaps.
Just imagine : finally the Pendolum Wars era DLC that everybody wanted + new weapons for the MP.
Some people could go wild. I would buy that.
Well , that’s it. I believe that TC should consider this opportunity.
As you can see it also would be easy/faster to develop since they already have almost all the models they need , but I can almost certainly say that the Community would also appreciate some brand new executions , Commie Style , perhaps exclusive to the DLC owners.

What do you think?
Should it happen? Should it not happen?

All the models used in this thread belong to The Coalition , Microsoft studios yadda yadda yadda-

This has been on my mind for a bit and tbh I would love to play a UIR themed gears title.

that’s a cool idea but I wanna see my Locust back before everything else.

TC seems to be extremely understaffed for whatever reason (probably because the game is dead) so they don’t seem capable of doing very much, bringing back locust would also be an awesome DLC and could make them some serious cha-ching but I’m curious if they have the ability to.

I love the UIR related things, is a really good way to see Sera in another perspective.
Even they can use the battle on Vasgar with major Paduk when the pendulums war end.

Probably will be something more like the start of Gears 4. Interwoven into a larger campaign.

I think COG versus UIR gameplay would be really boring. The locust war from the UIR perspective could be really fun though. My only reservation is that I hate the fake language thing they did with them, I wish they would have just used Russian. And I don’t know how they would handle that the UIR speaks a different language in a game focusing on them.

The way movies, games and TV shows have overwhelingly done it since the dawn of time: By having them speak accented English, and not acknowledging it.

I think a spinoff espionage RPG franchise or something set during the Pendulum Wars would be cool. You could have it center around the creation and plans for the Hammer of Dawn, and have the final game end with E-Day.

Would be nice for a change. The enemies are other humans instead of some mysterious race of monsters who came from underground. Would be a different feel for Gears. Paduk could be a main character. Marcus and Dom could have cameos. I could get behind this more than the Fenix collection thing that was blowing up earlier. Title would be easy too: Gears: The Pendulum Wars.

That however would unfortunately be too confusing. Green men fighting green men, you wouldn’t know who to shoot. Even if they use different lights it could still be confusing.

I think an UIR storyline would work out great and as you point out, TC has already spent quite a lot on the story and models of the UIR. They don’t just do that for aesthetics, it must be because this way they can build up to flesh out a completely different human culture for future introduction and save time when it gets a go.

But despite how much I’d like to see of the Pendulum Wars, Gears is about humans fighting a desperate battle against monsters so it would probably be tricky to do the Pendulum Wars even when as a DLC. I do see a lot of potential in a DLC in the UIR during or shorty after E-Day and before the Hammer Strikes. Perhaps a DLC that starts with Aspho Fields to give us some PW experience (and to see a young Marcus and Tai in action), moves to the surrendering of the UIR into E-Day and ends with the Hammer Strikes. The story could perhaps be based on the Gorasnians, since we know the most about them and know that at least some of them survived the wars. But perhaps a different country would be better since we’ll most likely already get to learn more from Gorasnia via Paduk.

For a hardcore fan this sounds cool, but your average Joe won’t know who the f**k the UIR are. Id love any amount of new gears story driven DLC but I think one focused on UIR is a BIG reach for real marketing.

Plus If they are going to take the time to develop new enemies they are most likely going to be of the monster variety so they can be added to hord mode.

This is from Gears Tactics, not the mainline games. Not sure if anyone at TC actually did develop the look.

This is a great idea, we had a glimpse of such battles in the Gears 4 ashpo prologue, I think something like this would do well, you could have a few locust easter eggs too as many people of sera were aware of the beasts below and sightings had been reported just not directly at war with them at the time…

Regardless of what anyone else says, the pendulum wars is a big part of Gears and is mentioned as early as Gears 1, in terms of content we need to stop pandering to casuals, if someones playing Gears 5 before the other games and does not understand the significance of the pendulum wars then that’s on them.

It’s a fair point. But campaign DLC’s are for story lovers anyway, the people that know plenty about the UIR and not those who for example solely focus on Versus. There are people out there that have never done the campaigns. But it is a huge investment that could possibly pay off less than say, confetti wrestler skins.
But it is why I think an UIR separate game won’t be that successful as the COG was introduced as the standard for the Gears franchise. TC shouldn’t aim for that, but they can aim for a DLC.

They don’t really need to develop new enemies, they can stick to the Locust. It can be comparable to Tactics which didn’t really added new enemies, at most drones and kantus that were boosted with Imulsion. It would be weird to introduce new enemies anyway, like for example with Judgment and those Ragers.

But I do think that we should count out any extra DLC’s for Gears 5. The Hive Busters is taking long enough (no criticism towards TC, just pointing out it takes time) and if we take the lifespan of Gears 4 as an example, we could expect Gears 5 dedication to wane off late next year and only see some modified skins until Gears 6 is released. So my hopes are that an UIR DLC will be included in Gears 6.

Well, it was literally one sentence muttered by Anthony. You would only get the impression that it was an important event but you would have no clue about what it meant. Like the introduction sentence of ‘14 years after E-day’, or the story in general. All you knew from Gears 1 is that you were playing some overbulky guys fighting for survival against a monster army.

Right… but even then, theres a pendulum wars mention in every game up to Gears 4 being the only gameplay glimpse we’ve ever got and if you don’t understand the pendulum wars by Gears 5 then its your own fault the pendulum wars is the main reason the hammer of dawn exists, leave the marketing to TC, apart from the comics TC have been the only ones to truly bring the pendulum wars to life, if anyone can do it they can.

Would it be? Usually, I would think you shoot what is trying to kill/is shooting back at you.

I think an UIR separate game won’t be that successful as the COG was introduced as the standard for the Gears franchise. TC shouldn’t aim for that, but they can aim for a DLC.

Exatly this.
A DLC doesn’t have to be necessarily huge to be good.
RAAM’s Shadow was just 3 hours long and I remember it as one of the best Gears experiences I ever had.

Yes, dlc to a standard of RAAM’s shadow would be glorious and I agree… short but sweet, I don’t ask for much but another locust campaign dlc as well as a pendulum wars dlc would be fantastic