The maps in Gears are always very rigid, I think it’s great when the physics effects of the UE 5 are used in the new Gears.

Of course no building destruction but everything that can be destroyed with the Gnasher, boxes, doors, glasses, sofas, chairs etc.

I think it’d be insanely cool, especially since going forward with Unreal Engine 5, it should be all Series S/X enhanced, not limited by the Xbone generation.

I think not as a gameplay mechanic but even just as cosmetic set-dressing, destructive environments would be pretty cool, I always think of Siege or Battlefield, but there’s gotta be more ways to do it. Maybe have more causation when it comes to dynamic effects like in Spec Ops: The Line?

I dunno… I mean, in theory it sounds great. But a large portion of the community seem to like moaning about how rifles are overpowered, or that “noobs” or whatever like to overuse rifles, so surely being able to destroy more scenary will just lead to more open maps where rifles are more prevalent?

so surely being able to destroy more scenary will just lead to more open maps where rifles are more prevalent?

I think it depends if it would be a more cosmetic/aesthetic focus or a proper dynamic gameplay focus.

I want more destructible stuff and hazards in PvE(outside of the campaign). That’s all. Let me crush enemies with loose ceiling blocks in decrepit buildings, shoot old gas pipes to cause explosions, drop some ice on them, or send rubble flying into them in a windflare.

Anything that is more ways to kill stuff than just “Point and shoot(or melee)”. Especially if we are to get an alternative mode to Horde again.

The OP referred to being able to destroy “boxes, doors, glasses, sofas, chairs etc.” Alot of these are basically forms of cover.

I wouldn’t be against the idea, but it’d need some careful balancing, not just a straight up make-everthing-that-isn’t-big-walls-and-pillars-destructable. I mean, GOW is a cover-based shooter afterall and being able to destroy everything aside from major map structures will change the dynamics of gameplay massively.

In casit works well, it could be optical and destructive even more, I think it’s cool when I can blast away or shoot the cover, of course the cover must offer sufficient protection over time so that it is balanced

I was thinking about it, I think destructive physics for Enemies in PvE would be amazing.

In the current form there’s no real difference between Elite units and their standard counterparts. Other than basic loadout changes and a few abilities. But it’d be cool to see their self-molded armor rip away and fall apart. Kind of like how the Grenadiers have helmets that you have to shoot off, could be that Swarm Drone elites are tougher against ballistics until you peel away their armor to shoot the flesh underneath. Or instead of the claw they could have a special gauntlet that allows them to survive a head-on chainsaw attack, I’d love to see the same with “Sacrificing weapons,” 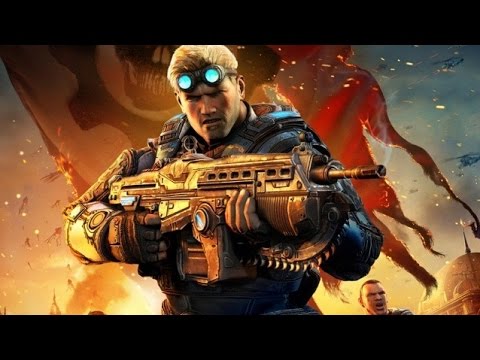 I think it’d be a cool way to deny power weapons in PvP and give someone a chance to fight back in PvE if you were forced to “sacrifice,” the current gun you were holding to the chainsaw, given that it’s from the front. From behind I imagine you’d get sliced up.

But destructive enemies would make the Deebees more interesting too I think, if DR-1s had tough armor that was resistant but a strong piercing weapon like the Torque Bow, Embar or Dropshot could take them down easier. Not like make them more bullet spongey, but create an armor system that allows them to fight for longer, more dynamically. Kinda similar to the Fallout 4 Power Armor, I don’t know if you’re familiar but it falls apart piece by piece and eventually all the buffs go away. Could have Deebees with special shields, shock melee or something that gets weaker/is removed once they have certain parts shot/blown off.

Kind of reminds me of the idea I had in Gears 4s time about shooting out/damaging the weapon of a Guardian or Sentinel, since that pokes out from underneath the shield. Not something that works right now.

Basically. I know in Fallout they let you target specific parts of robots and shut down their weapons/legs/arms etc.

You kind of get that with the Rejects but the rest just collapse.

Rejects have a degree of this right now as you can shoot away their legs which leads to them having to crawl. It’d be interesting for sure if certain enemies had unique perks and characteristics like this. Maybe shooting off a DeeBee’s arm weakens their aim because they have just one arm/hand left to control the recoil; or weapons with shock/electric properties has improved effects on robotic enemies, or fire weapons set flesh enemies on fire and does higher fire damage wheresas it does reduced damage to robots (and maybe throw in a curveball and fire damage nullifies bleed status on fleshlings because it cauterizes bleeding wounds)?

We had a basic version of this in GoW2 and it was removed for some reason.

Edit: I lied I actually do remember why it was removed, this feature sucked and every instance of it occurring either had no positive impact or made the map worse.

or fire weapons set flesh enemies on fire and does higher fire damage wheresas it does reduced damage to robots (and maybe throw in a curveball and fire damage nullifies bleed status on fleshlings because it cauterizes bleeding wounds)?

This is exactly what I think would revamp Gears PvE. To me the bread and butter of Gears’ gameplay hasn’t really been the mobility or even the cover system, but the variety of weapons. Things like the Digger or Dropshot that go around cover. The Scorcher which (should) do loads of up-close AOE damage. The Longshot which takes caps from across the map.

I think if weapons were more reactive to certain enemies would make certain weapons more obtainable than others. Currently, there’s no real reason to pick the Boomshot over the Dropshot to me. Maybe there’s a few class cards that affect weapons, but that’s more into brass tack and I think it’s an artificial variety rather than a true built-in incentive. There’s a lot of weapons that are really similar, makes sense why they haven’t added back the Breechshot or Digger when we have the Markza and Dropshot. But if weapons were applied differently it would add a lot of variation I think.

This is exactly what I think would revamp Gears PvE. To me the bread and butter of Gears’ gameplay hasn’t really been the mobility or even the cover system, but the variety of weapons.

Without this the PVP would be absolutely nothing like it is today. Without the cover system its just a third person shooter imo.

And nobody would be playing the PvE modes if all they were was a shotgun fest.

I think I can state that with 99% certainty.

Without the cover system its just a third person shooter imo.

It is. But the weapons extend all throughout Gears. The cover system is kind of dull in Campaign/PvE and only plays a large role in comp PvP.

That’s why I think Weapons > Mobility in terms of how important they are to the core of Gears’ identity.

Not saying that it isn’t important but I just don’t think it is as important as the other.

In PVE, probs yeah. But I think PVE is a minority compared to PVP.

I doubt that. I mean, have you seen all the posts/tweets etc of people being angry with GOW PVP and uninstalling the game?

. Seriously tho, I think there are more PVE players on here than PVP, would you agree?

On the forums, yes. But this is mainly because the PVE regulars have basically pushed out the PVP crowd through means such as mockery and dare I say it, bullying.

But I wouldn’t say that the forums are representative of the GOW community as a whole. I honestly wouldn’t know (and don’t really care) whether the PVP or PVE crowd is bigger. I’m just being my usual snarky self.