I clicked for the song. I closed after listening to what it was.

Depends on the song.

This was a perfect song to edit too. None the less, I have lots of other montages with various music styles on my channel. Sync is the key.

And listening to this tage for example (along with all good tages, my channel and others) with quality earbuds/headphones is a whole nother story than crappy to normal speakers btw…

How can people enjoy playing gears 2

Sync is the key.

In a good collab or montage, “Sync” is not key. Trust me I’ve tried. It helps if things are on point with beats in a song, but there’s a reason why trailers don’t just use the straight audio from a song and instead edit it up. 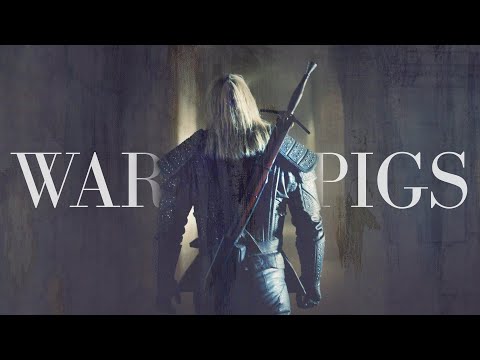 Of course that’s a lot more post-production in matching not just clips but sound effects with the song too. but as a Film Minor. There’s more to the magic than “Sync.”

Not to bog you down or anything if you’re having fun make something, but me personally I saw that line and felt the 3am urge to disagree with it.

Edit: I thought about this too, but this also plays a part if it’s a song with lyrics, https://youtu.be/aYcgYCA2N9Y?t=77. If you pay attention to the visuals with the lyrics, “turning” as characters turn in frame and “on their knees war pigs crawling” with shots of characters to their knees.

Again, super high-production stuff and shouldn’t be expected of if you’re just making a headshot montage. But… keep it in mind whenever you do make things going forward, could come in handy for upping your editing game.

I use to play GOW2 on a tube tv and the game runs like butter on good ones; perfect game speed with twitch reflex aiming with no input delay 0ms respons time. I’ve also studied how to get a good connection for the game by using a proper modem in transparent bridge mode, with a gaming router and ports open. I now play on an hd monitor with next to no input lag. 7ms or something i cannot remember. But it reminds me of the God tube.

You are listening too much to the likebutters (currently retired from gears doing pokemon cards), landans (calling gow2 a slow molasses game) and the moomoomilks (use to sit at spawn in the worst of the trilogy gow3 to get ‘clutches’).

There is a reason gow2 ranked is still alive, because some people know what i know. GOW1 was a great game for the time but is super laggy and can be clunky, GOW4 is a pretty decent modern game, but nothing like 2. And by the way if u r playing GOW2 on a good display your eyes can adjust to the frame rate within the first match (don’t notice a difference from 60fps to 30 fps when eyes adjust). Along with adjustment to slight input delays, but only slight will do, like 5ms 7ms ect.

Whatever your reason for thinking GOW2 feels like cinder blocks are around your ankles I am sure its not valid alike many youtubers that trashed the game for over a decade. Yet it still lives. All be it people have had to migrate to one game mode guardian, active at peak hours.

If reality if you play on a bad setup GOW2 can be frustrating due to the input delay and or lag, other games are more forgiving. GOW2 is unforgiving and must be played on the Best. But even still, on a bad setup, every game should suck.

This song was used as the background music for “Sh*tpost status” memes.

I can’t tell if my other post from another account is visible but the gist of it was to be careful of what you watch. Some shows are inheritently evil.

A video game montage and a movie / tv show trailer are 2 different things. A bonus to a gaming montage is that it has a high rewatch value if you like it. Clips sync best by making the clips look normal speed, yet they are not, by slightly fastforwarding or slowing down at multiple times in the clip. A single clip cand take hours to fit in properly, and little tweaks can still be made to make ot fit better.

Or the clip can fit in perfectly. Or tasteful cuts, and fast fast forwarding. Alot of edits can be skillful, yet overdone; and or the clips are untastefully / repetitively cut to cut.

was to be careful of what you watch.

My mom always told me that of Gears. How ironic.

Of course they are, but the idea about mixing audio and clips and it being more than just ‘in sync’ is what I was going for. But somehow we ended up with…

To be fair, I didn’t expect it.

So are you saying that one should not be careful of what they watch? Gears is one thing. A small aspect of magic in a show is one thing (The Avengers for example). But when the show revolves around spells/sorcery ect, not a good idea imo… Cause that stuff is real and dangerous whether you like it or not.

And b4 you said I should edit the audio, This song I like as is. I have edited music in the past in an interesting way for example my 9th montage music is Gears of War 2 music and The Prince of Egypt music combined seamlessly (I have the solely audio version on my channel for this, and others mixes too). I have done other music edits too on my channel and there is only so much you can do as someone with my skill set which is basic. Or for example starting at 4:52 in this following video the music of crysis 2 has been combined with the voice of ultron (whatever effects came with his voice were synced too): https://youtu.be/Eqbyy5opmak?t=292 This ultron crysis 2 music is for my 7th. Or for another example starting around 2:33 in the same ultron crysis 2 video the 3 trombone bass drops are taken from prophet’s journey.

I had alot to a fair amount of views on some of these mixes but I deleted them, due to a number of severe breakdowns. Let’s not get into that though. I reuploaded them as you can see.

I don’t know what else you could expect I do, than what I already do. I am not about to get into some other program to make needless extra curricular edits to add to the clips. It is not currently in my ability, nor does it need to be.

Well to that logic the Locust are based in some level of sorcery with the Kantus.

And the Avengers literally has a Scarlet Witch.

It’s not the focus of the movie/game and it’s not dark in nature. There is a fine line. Again I have even watched most of game of thrones, but I have learned that I should stay away, it gets too obscene and goes too far imo And I don’t stomach stuff like that anymore.

There is aspect of evil in everything in this world. In a sinful world you have to accept that not everything is going to be showcasing only the good per say… Evil beings exist (don’t want to get flagged, so I’ll just say the real ones are listed in the Bible), you can’t not show them in films ect (the made up beings)… But you don’t have to delve into their sorceries deeply. The haunting films are without question a no go.

And that is all you took from my last post? yet another argument?

Closing as this has gone way off topic.

Topics of politics, religion etc are not permitted on this board as it is well beyond the scope of the (volunteer and non paid) moderators to deal with the arguments and toxicity that these topics often inkvoke.