If anything, the skins should have been baked into the game and awarded to anyone soloing various hives.

While I don’t think the skins were baked into the game, there was a system in place before where people who got top percentage times on escape hives were rewarded with exclusive skins. But then people whined and moaned about not wanting to play escape so TC changed the top percentage reward to gears coins.

The full set was never released this way, and the original system was still extremely limited for no apparent reason. Strictly speaking, a top percentage based system gets harder over time as the top runs get more optimized. So why is a top 1% run now awarded with nothing when it got a skin before when that time was objectively easier to get?

A better way to do it would have been set time thresholds. Something like the gold times on weeklies but stricter, and again, possibly stuff for solo completions within a certain time or better as well.

TC has never gotten challenge rewards and content delivery right. They’ve improved a little bit over time, we’re certainly in a better spot now than the RNG packs of Gears 4 or the atrocious store during Gears 5’s launch, but they’ve been taking baby steps when this isn’t all that complicated.

The Gear Coins thing happened for Operation 4 though. The Toxic skins were (if I remember correctly) rewards for top 5% scoreboards for the Operation 3 hives.

All of the hives gave out some of the Toxic skins as rewards, but TC clearly messed up because there were some which were unreleased.

Im not saying it was a good system. Im just saying that there was a system in place for this previously. Definitely could’ve used some improvement. Still weird they never released the full sets.

What I am saying is that they couldve improved it had people not complained about having to play escape. Some people were upset they couldnt get the skins because they didnt want to play escape. Which is ridiculous imo because thats like saying “There shouldnt be versus rewards because I dont play pvp”

Same reply as for shinobi

@GearsCharacters just not sure if this is something to be proud of or embaressed.

@WD_Hawkeye the same people that wouldnt play escape are the same ones that complain about TC not being innovative enough, or making changes to the game…that 5 is too vanilla. Need new different modes…etc etc. Then when TC does innovate and change- add new modes etc etc-they complain about how TC is “fing with gears-and changing things-and doing things nobody asked for-and wont play nor try the new modes”. Oh yeah. And say bc they bought the game all content should be basically free. Nothing legacy. Earned etc etc. I hate gears coins. And I hate what ranked turned into. Nothing cool to play for. And a leaderboard system that rewards the biggest losers who dont have a job, live at home with mom, and play gears 20 hours a day. With a k/d of .6 to 1. Terrible system for crybabies.

Damn you spent all that money on a special Xbone for it to be outclassed in a year.

Actually, you needed to buy(technically, order it and get the code, then cancel the order) a special statue to get that skin. Would come out to the same price if you stayed put with the order, though.

I remember getting ads to Pre-Order it on my Instagram for a while.

Dunno, I didn’t want the statue. Partly because whoever designed it thought it was a great idea to display all of Kait’s teeth, at least if my memory of the pictures is correct.

It probably did come out, though. 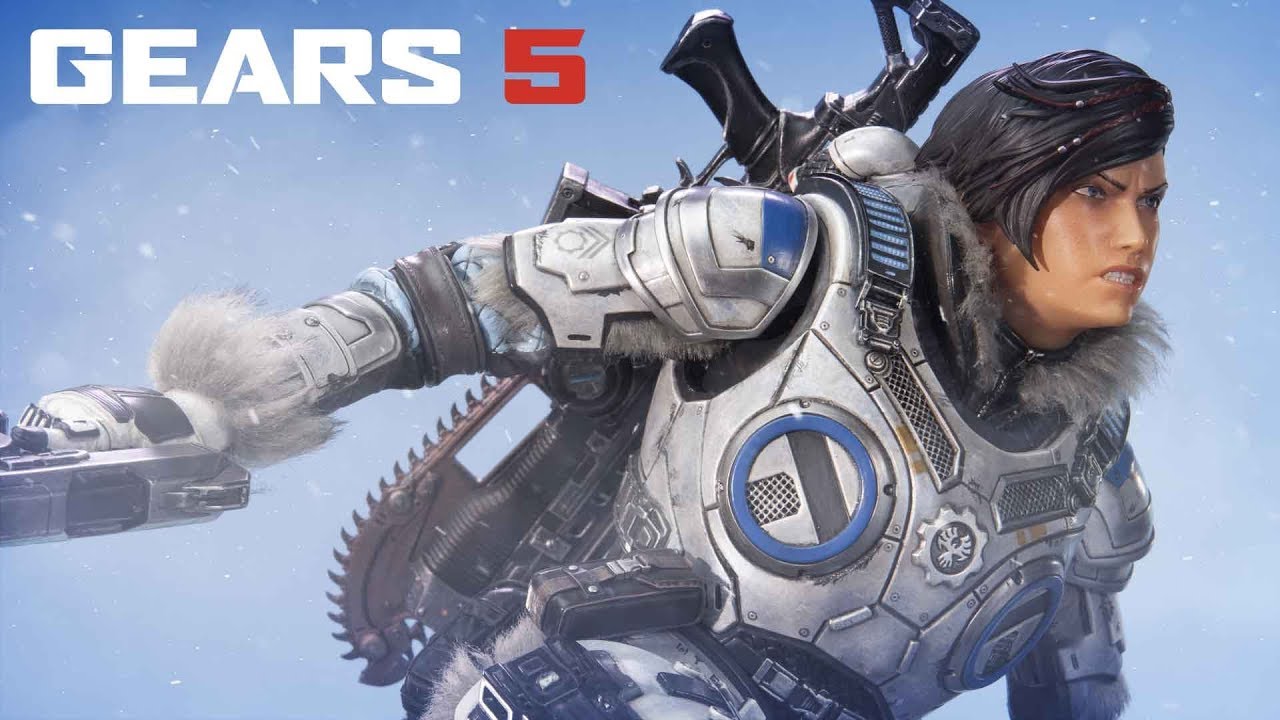 Yuh
Think I mighta seen it once or twice but.

The skin itself isn’t anything special. Basically a blue version of the Snow whatever skin without goggles. I don’t hate it, def think Winter Kait is the best behind Outsider but… nothing impressive.
(Also lowkey shoutout @Ektope for this random image from Google)

Remember when Gears 3 had Adam Fenix as an extra special character? I miss that.

Honestly paid 140 total for my Witcher swords and so happy with them. And I’ve fought an intruder with them. Style + function!

This though… all you get is the same feeling when you take a lighter to a stack of cash.
The statue isn’t the worst but I remember thinking it was wayyy to much. Like even the Marcus G3 statue goes for a reasonable price (in 2021 from last I checked).

The statue isn’t the worst but I remember thinking it was wayyy to much.

For such a mediocre character, yes. It’d have been more logical to spend the equal amount of cash on paint! Tins and tins of white paint! To then paint the same wall repetitively and watch it dry! Infinite fun for all the family, much more than anything than pathetic traitor to the Queen could ever offer!