Versus Event: Brothers to the End (Player’s Choice) As voted by you, the people, we’re excited to bring a longstanding Gears classic back for the first time in Gears 5. For those of you who may not have played this classic, Brothers to the End is a...

VERSUS EVENT: BROTHERS TO THE END (PLAYER’S CHOICE) 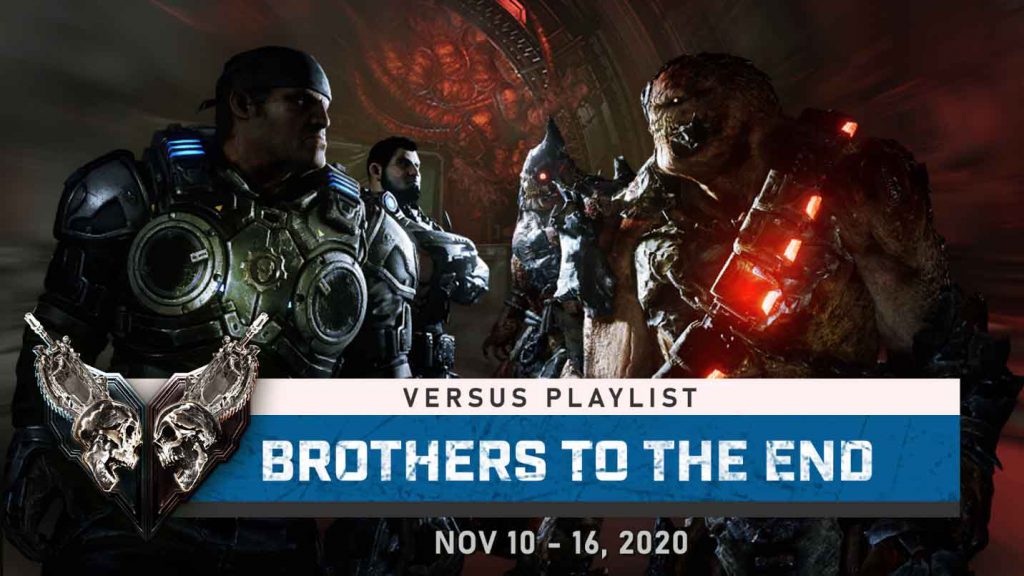 As voted by you, the people, we’re excited to bring a longstanding Gears classic back for the first time in Gears 5.

For those of you who may not have played this classic, Brothers to the End is a 2v2 TDM slugfest in which both teams begin with just 6 respawns, and; as the title suggests, it’s best to stick with your partner to the end.

​Final week for The Mist, where you and your squad must navigate your way to the exit through a dense fog. Keep your head on a swivel as the enemies will use the lack of visibility to their advantage to ambush you any chance they get.

Gears 5 is getting a major campaign update so we’re bringing back a few items to the store. Don’t forget, this is the last week the store will be updated with new content. Once Operation 4 ends, all items in the Operation section of the store (except Marks and the District weapon set) will head into the vault; so, if there is anything you really want – now is the time to grab it. 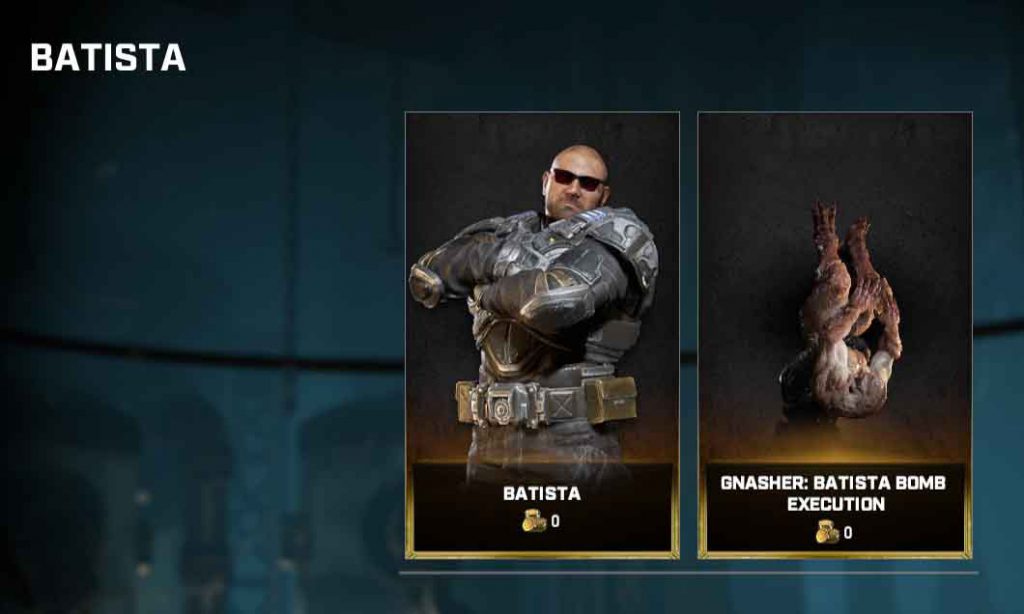 To celebrate the introduction of Dave Batista as Marcus Fenix in the Gears 5 campaign, we’re giving away the Batista character skin and his iconic Batista Bomb execution for FREE! Just head to the in-game Store before the end of Operation 4 and claim them for yourself.

As a welcome to those jumping into Gears 5 for the first time, and for anyone that may have missed out on a few items, we’re excited to introduce a brand-new bundle inspired by roots of the franchise.

For $9.99 USD the limited-edition Year 1 Delta Bundle will give you: 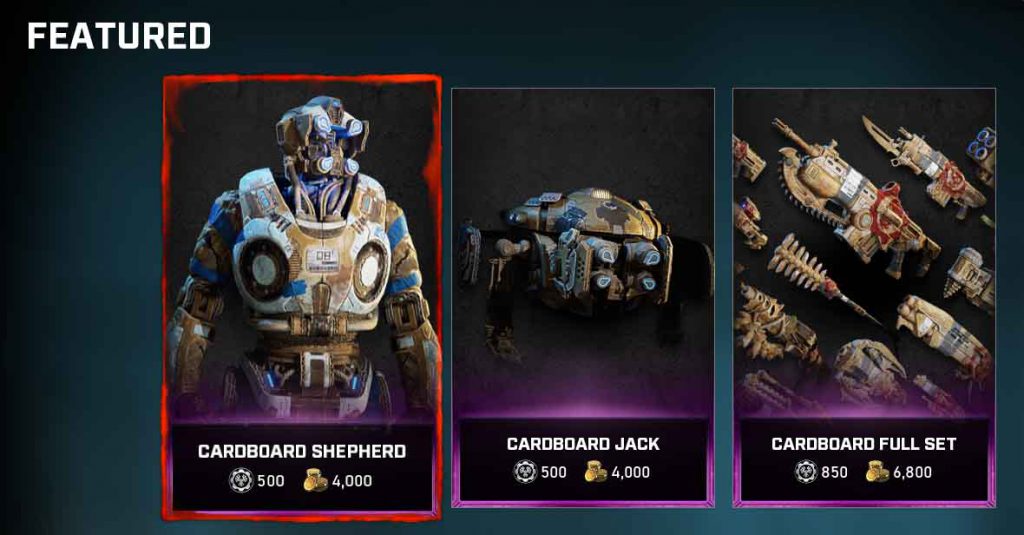 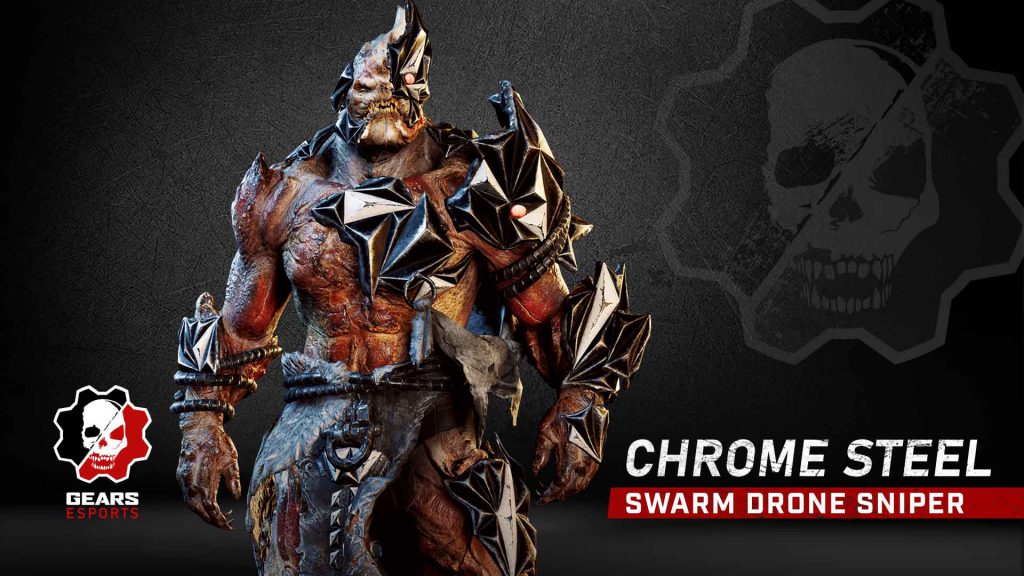 Brothers to the end- nice

A bundle that is full of colour swapped skins- not for me.

Cardboard JACK is already in the store (in the “characters” section)…

So no mention of Campaign update and the Tactics release a day early? Unless that is to be covered on Thursday or just not at all.

The one year bundle ought to make a new player mighty happy.

Still no information about Operation 5? I mean come on, it will be released next week and the only thing we know is about the hero system getting kicked away.

The only skin I’m missing from the year one bundle is trash ball cole and, man paying 10 dollars for literally just one recolored skin doesn’t sound like a plan for me

It seems TC and/or Microsoft aren’t too big on hyping new Operations for this game. Dont worry though, I’m sure there’ll be a trailer released for it… an hour before the content drops

Yeah, I’m confused with this too. Why is it going into the featured list now?

I suspect they probably didn’t even realise it was there when they decided on a cardboard-theme.

I want ninja shepherd. Sucks that I won’t ever see the black and red colorway like in Gears 4 but It’ll still give off that onyx guard/black steel vibe.

Any news on dev streams for the week? I’m not a twitter user.

Can we get a redesign on the chromesteel swarm hunter, yall know its wack

I just find it shocking that Brothers to the End won the vote. I mean, it’s horrible to play. Basically 2 vs 2 on bigger maps.