I might not even make 30 elims. Could just wait for next year for the skin for coins. Everyone is just going to camp on corners in spawn and it will be soooooo much fun. Can’t wait to try it tomorrow

Can you run stacks on these event modes? Figured if I have friends to play with it’ll make getting the eliminations easier.

I care more about character level than re-up level. You could be re-up 30 and have the nerve to come into a Master lobby with a level 3 Protector.

I figured it was gonna happen this week after the Nutcracker last week.

Probably only an extra week lol 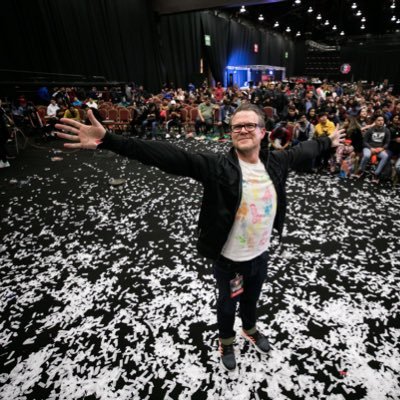 It’s probably gonna be the usual CXP, but it would be a pleasant suprise if it was 4x for once.

Not 100% clear if the CXP will be 4 or 2 x though. Sounds to me like it’s the normal amount you get with boost.

Yes, but TC makes it sound like there will also be a separate 2x XP boost on top of what we get from the Boost bought with Iron. The uncertainty seems to be if it applies to only Reup XP or both it and class XP.

Nah. I thought I was making progress towards basic medal group all this time. Since launch. Think I’m at like 5k elims. I thought Elims were synonymous with Assists all this time because iirc you could complete bounties in Gears 4 by simply spotting and it would count. Even actual elims is very spotty in 5. Sometimes it doesn’t count. I think you have to contribute a huge percentage of damage towards a kill for it to count as an elimination. My rule of thumb is to assume that unless you get points on the killfeed when an enemy/opponent is killed, (the ones on the kill feed not the gold match point ones on the top right of the hud), assume it didn’t count towards a medal, even if the “You got an elimination” thing shows up.

I’ve been trying to test it. You can get that notifier to pop without the killfeed showing you getting any points. I took note of the elim medal tracker before a match, and purposely just tried to play support, just cause damage and not actually kill anyone, that’s how I noticed it. Maybe one or two actually counted. I don’t believe it’s intentional.

Xp multipliers have stacked with Boost this whole time?

If you’re looking to increase your re-ups or level up your PvE classes, then we have the Gearsmas present for you – 2XP! We’re also giving everyone free Boost so it’s really like 4XP.

Seems pretty clear to me. It’s a 2x event, which is going to double CXP and Re-Up XP.

Then, they give you Boost, which itself is 2x, “so it’s really like 4XP,” and it’s going to apply to both Re-Up and CXP.

Now, TC… pretty please don’t make me eat those words. PLEASE double check that all your code is freaking correct right out the gate. Can we PLEASE have one damn update where things just… oh, I don’t know… work the way they’re supposed to?

Because sometimes the extra character exp hasnt extended beyond the 2x that boost regularly gives when the reup exp has been 4x. Other times it has given more character exp but not in line with the extra given to reup exp.

This line has been removed from the update article. So is TC planning on jerking us out of 4X XP after saying they would give it to us?

Event hasn’t even started yet and it’s already a failure. Nothing new here.

You are pretty close. I still have ways to go.