Was the Nutcracker skin already legendary, or did they increase the rarity of it?

Edit: They definitely upped the rarity from rare to legendary:

Whales be like…(seriously…watch the full clip it’s only a minute.) 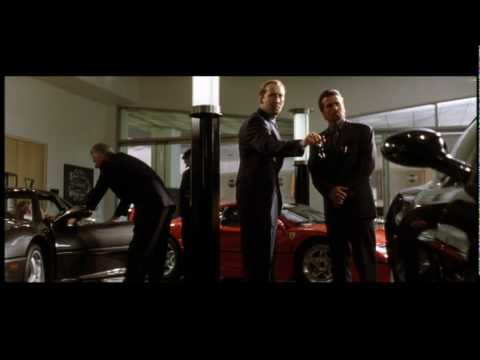 I don’t see how you guys can complain about skins costing 10000 coins when we were given so many at the beginning of op 5 due to our ranked rewards. A lot of us have over 100k coins to spend. I’m glad they are giving us something to spend it on.

Speak for yourself. Not everyone wants to sit in a lobby for three hours waiting to join a team of quitters
Or get sentenced to several consecutive life sentences of no Gears 5 play time until TC fixes the penalty glitch

$15? Jesus, I rather grind out 10,000 coins, no way am I spending almost $20 for one thing. On the flip side however, that Marcus skin looks sweet, wish they rolled out the Krampus one as well, I’d have two things to play for during the Holidays if that were the case, definitely worth the grind I guess, got nothing better to do.

Maybe he will show up next week. One can dream.

They changed the rarity of the Nutcracker.

Well, it’s the season to be giving I guess…

The thing about the prices is that they have the analytics on all the gears coins people are sitting on, and they can just inflate the prices as they want whilst at the same time sitting on skins that people actually want. Id like to say that cyberpunk will be patched up by the time vday sam or civilian anya come to the shop, but i dont think either are going to happen anytime soon. Its a shame. I think they should flood the store with the skins rather than the drip we are getting.

Aside from that, a solid week. Chrome Steel & Gearsmas Marcus look really good!

Any chance of some bonus exp? Or boost?

Jingle Juvies is the best time to use a combat medic with the suppressive grenade skill for instant ults. Also for increased efficiency turn the headshot aim assist and play on beginner.

I hope the Abominable Grenadier will be available for coins next week.

Jingle Juvies is the best time to use a combat medic with the suppressive grenade skill for instant ults.

Hmm… I’m willing to bet that Juvies will execute your team mates quicker than you can use Team Revive!

I will just play on beginner to speed run the medals

If that Nutcracker is only available once a year I guess the rarity makes sense, 10000 Coins isn’t really horrible. Not like there is alot of legendary skins.
Still, I’m glad I really don’t care for these immersion breaking holiday skins, so I’m not even tempted lol

I have to admit, even though Christmas is just once a year, it does feel like Jingle Juvies is very tired and repetitive at this point. Maybe my memory isn’t as great as it used to be, but I’m fairly sure that it’s the only kind of Horde/PVE Christmas event we’ve ever had since even GOW4. Is that correct? We’ve had it for Christmas 2017, 2018, 2019 and now 2020.

Maybe I’m under-estimating the amount of work that would be needed, but some of my ideas to mix things up a bit are to add the follow enemies:

Maybe the number of freezing enemy weapons is a bit overkill and insufferable, but I’m sure TC could adjust it, or just make one set of enemies have freezing abilities?

Probably only an extra week lol

Yea that’s my guess cause you can tell by the gold he’s Legendary, and that’s what the Ronnin Karn was and yea he was 10k that I went ahead and spent