We’ve got a few special things planned this week. Starting this Thursday, we’re kicking off a multi-week medal group challenge based around variety of themed challenges for players to unlock a new weapon set. We’re also trying something different...

We’ve got a few special things planned this week.

Starting this Thursday, we’re kicking off a multi-week medal group challenge based around variety of themed challenges for players to unlock a new weapon set.

We’re also trying something different with next week’s Featured Section in the store. YOU get to vote on the Characters, Weapon Sets and Bloodspray that are going to be added. Voting will take place on our Twitter and Facebook

Check out What’s Up this week to get the full details on the new challenge and the results of the Featured Poll.

VERSUS EVENT: GNASHERS ONLY KOTH 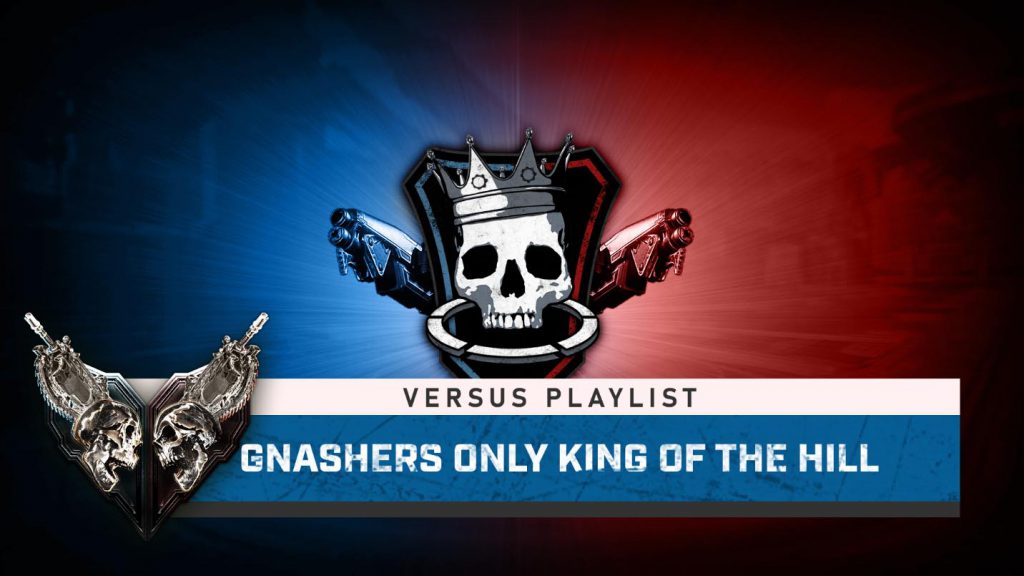 Everything you love about King of the Hill but without the Lancer crossing. This event pits your movement and gun skill against everyone else. It’s time to put up or shut up!

As always, our featured Hive will stick around for a few weeks.

The Gatekeepers is a boss gauntlet hive with a number of difficult fights that you must clear to open doors blocking your path.

And to make it even crazier, we end it all with a Swarmak fight. 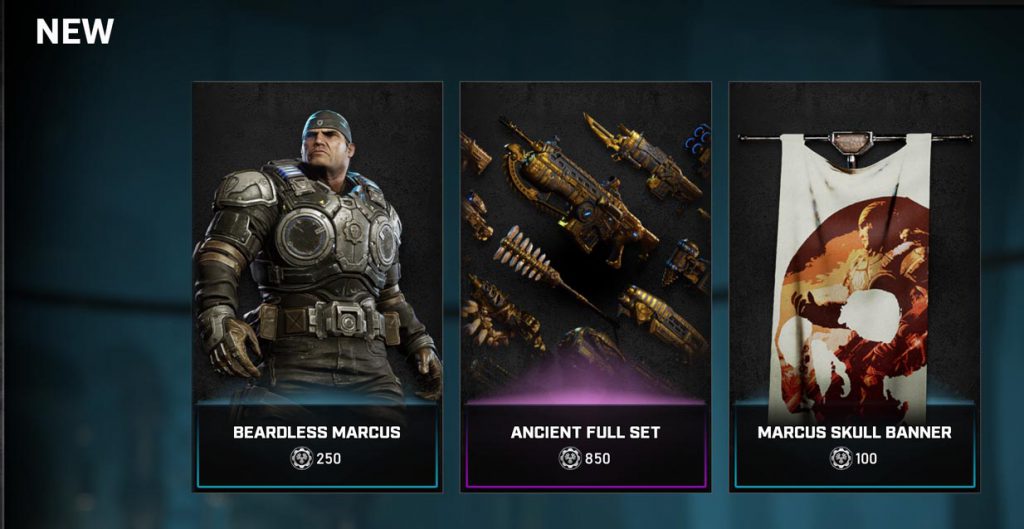 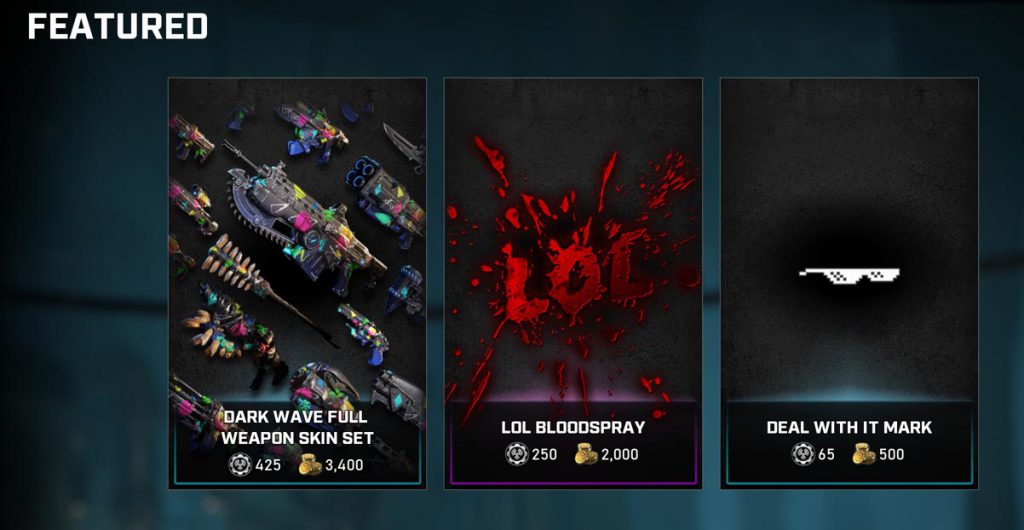 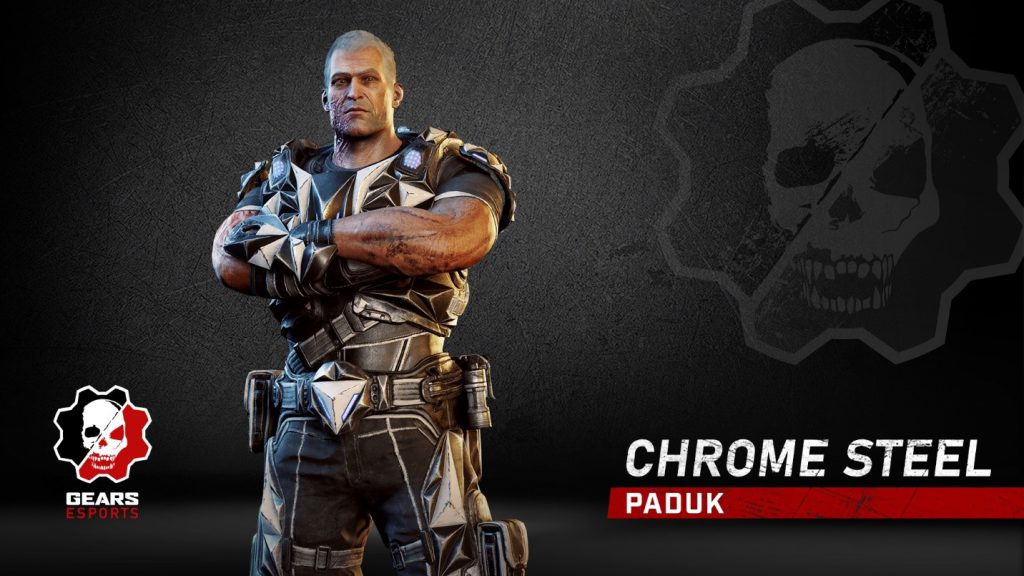 Didn’t we already do KOTG like a few weeks ago or am I going crazy? These special events are becoming a blur.

I was always wondering about beardless marcus. Especially since the reveal lol

I believe we did have this maybe 2 weeks ago. I wish we had some horde events

Next week is probably gonna be OSOK again.

Disgusting, whoever is responsible for this Frankenstein monstrosity should be ashamed of themselves

What I think about everything else: TC are shifting attention away from skins/cosmetics and are putting everything they have into OP5. Beardless Marcus is an example of laziness nothing more.

Nice to see from next week we the public can vote on various things though, I’ve always thought it’s a simple way to please fans

I was preparing to not get excited. Mixed feelings about this one.

Beardless Marcus is an example of laziness nothing more.

The original Gears 5 reveal trailer had Marcus with no beard. It also shaves off a couple years off the man. They probably had the model still lying around somewhere… although I don’t think it’s Store worthy.

Gonna pass on that Paduk, still waiting for something for Lizzie.

IF thats true, i just hope Op5 is great… No hopes though TBH

Marcus had a stubble in the trailer. This man here got waxed.

The original Gears 5 reveal trailer had Marcus with no beard.

IF thats true, i just hope Op5 is great… No hopes though TBH

It depends on what they do not how much they do, as in a few new characters and more maps won’t matter, like I believe firmly that the best thing they did for OP4 was allowing players to go past general, because that single change more than any other gets folks to come back every day for them Gears coins.

weapons, enemies, new cards, new classes, heck even some QoL stuff like that stupid Escape cutscene being an option would drastically improve the experience of Gears 5. Gears 5 is really good at making me uninterested in playing it.

Chrome Paduk looks dope, wish it was Chrome Major Paduk, now that I’d be willing to pay dosh for.

Voting should be one or two places. In the game or on the forums.

Didn’t claim it was a perfectly accurate representation. But the idea was there before.

No such claims from me. But when TC says we get to vote on characters in the Featured sections, do they mean bringing previous skins back only?

Urgh. Shoulda been the old man version of Paduk.

They’re far more popular than the forums though, that would be like sending out a poll for the presidential election and not going for the largest sample size. It makes sense.