We know many of you out there have been ready to tear it up and prove your skill in a new one-life based mode, and we can’t wait to watch your race to Masters.

Regardless of if you are out there to prove yourself or just to have fun, we’ve got a little something extra for you too. 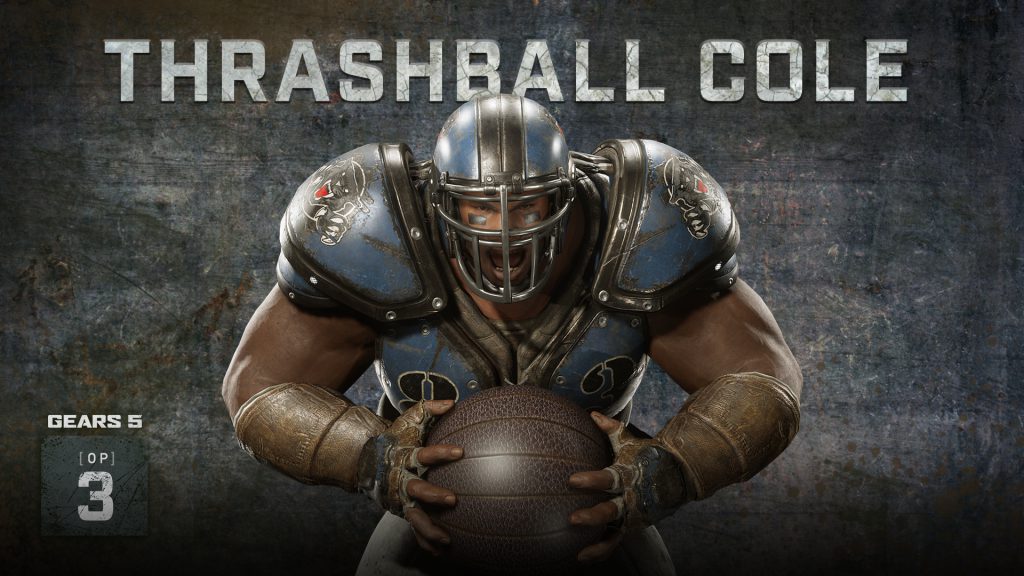 For a limited time, fire up Gridiron and win 25 rounds (not matches!) to add Thrashball Cole to your collection.

Don’t forget, you’ll still need to have unlocked Cole as a Character in order to equip this skin, but you can still earn the skin before unlocking Cole.

In last week’s What’s Up, we mentioned the team is looking to quickly address some emerging feedback from the launch of Operation 3.

We are currently aiming to deploy an update later this week to Versus tuning. Stand by for full details and a release date once we lock the final changes.

You know in movies and games when the mechanical door opens way too slow, making for a tense back-against-the-wall showdown against an increasing flood of enemies? Well, that’s The Choke in a nutshell.

To reach the saferoom and the exit, you’ll need to activate a slow-raising bridge – and pulling the lever awakes the Hive! Explore, arm up and prepare for a stand off.

Wow! A whole week of a Golden Gear Version of Clayton I’m so excited my pants are gonna explode! Rather take this over Previous games’ free content though

Does anyone notice the red (?) lines on his helmet?

He looks black more than golden to me.

Hes got a lot going on, it’s the Grub Killer Babay

As a PVE player trashball cole being locked to PVP sucks.

It should have variants for different players for example complete 100 waves of horde on insane or higher.

Or get 100 kills with Coles tackle…

I still think Hivebuster Cole looks better. And it will look weird to put weapons on Thrashball Cole back when it doesn’t have backpack.

I can’t even tell WTF is happening in that picture. Too dark and the angle is horrible.

Can we please get our 2v2 ranked rewards this week?

Well, see you in a week…

Oh, no, I gotta play PvP in order to get the skin

What is the vs event for the week? Still Bunny Hunt? Something different?

Anyway, have a video of me flying today.

Yes but variety is the spice of life my friend!

So yay for thrashball cole, smart move in not putting him in the store.
Less yay, we have 1 (ONE!) single life ranked mode. Wrong ruleset, but at least it’s something.
That kryll skin is sick, but come on TC 400 iron for a skin for one weapon? Why must you artificially create the impression of one skin being 10-15 bits of content.

Tell that to the Lizzie players who like no other skin than her default one so far. Or the Jermad users.

Each to their own but options are good to have! It seems like we got 100 Baird skins and I think 3 for lizzy?

Look at the hive buster squad still no cog armor variants, perhaps they will come with the rumored Story DLC.

It seems like we got 100 Baird skins and I think 3 for lizzy?

We have like, 6-8 Bairds at this point. And three Lizzie skins, but as I said, if you don’t like her Hivebuster or Motor Pool skin you only got one with her. Much as I like it, it’s starting to get a bit tiring they haven’t even seemingly thought of making something as simple as a Winter Armor variant for her, which every other Campaign character released in MP to date(except Clayton) has gotten.

To be fair I’m not a big fan of motor or hive Lizzy. Winter armor variant is a go to for sure, if my memory serves me correctly we did not get a winter armor Fahz did we?