This was the last glitch you gave me TC

I left ranked due to the new ranked system and no improvement on the lag, matchmaking, gnasher and netcode issues.
Left arcade since day one.
Left horde because it’s just garbage, boring and repetitive. No improvement from gears 4.
Left social playlists because of constant 180ms ping players, lag and inconsistency with the Gnasher.
The only thing I still enjoy is Escape, but not because of you, just because I have a good time chatting with my friends.

This was the last glitch you gave me in social. 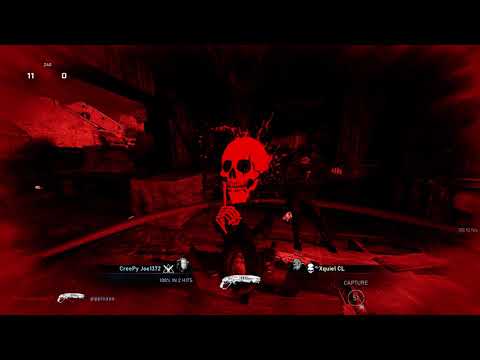 Check the bottom right around the 0:12 mark and get a better connection.

Well that’s not the problem to be honest, because my connection works flawless with other games, that’s microsoft server issues. I have 190 mb/down 30 ms/up optic fiber, using cable (no wifi).
Thanks for your comment btw.

Edit: You can still see the Kait running at the time of the glitch, so it’s not connection related.

Gears is also the only game I ever have connection issues with. I’ve been booted out of horde and escape lobbies countless times for reasons unknown to me.

Mod edit: Please post in English only as per the forum rules. Thank you.

The whole connection , lag thing is a real clusterf*ck. I don’t get it. I’ve never been booted from Halo or any other game. Just G5. Some nights it plays smooth and everything feels really good. Other nights I’m in molasses and my Gnasher has a quarter second delay between firing and a hit. Back when I played Halo 4 people complained about host advantage, but thats not the issue in Gears.

Gears of War have always been supremely on connection.

One laggy player sponges & ruins the connection of the game.

I know other games it’s less forgiving on connection.

His blood spray is perfect

The guy is playing with a poor connection and wants to complain.

He’s also in South America servers because I played several times with “Sagat 78” (it’s in the feed on the video).

Don’t you think it’s fair to complain if you have a poor connection with good internet that works perfectly with every other game? How do you know he’s on that server from that information?

Well that’s not the problem to be honest, because my connection works flawless with other games, that’s microsoft server issues. I have 190 mb/down 30 ms/up optic fiber, using cable (no wifi).
Edit: You can still see the Kait running at the time of the glitch, so it’s not connection related.

To be honest , I’ve seen worst.

Just out of curiosity. Did you hear the player at all? You know the way DBs have that metal foot print noise when they are on the move. Was there even any gnasher fire heard? lol

Nothing at all! I just saw the ring turning blue but no one was there so thats when I realize something weird was happening lol

I used to be a escape player since launch.
I felt in love with the concept and game mode so much even more than horde in 4

Used to level up my skills when it was a nightmare (Before coins) work so hard week after week for the top 1-5 rewards, and then…

The weekly hive turns into 15 days something “new”

My skins turns into coins, and then they somehow managed to make this even worse.

So, pretty much that’s enough for me.
I’ve been around for a year now and this game feels more like a job (one that you deeply hate) than nothing else

Download speed doesn’t really matter (unless you have like under 15mbs or something), packet loss is packet loss.

I had this issue about a couple of weeks ago, my internet was off for a few hours prior, tried playing Gears 5 to no avail, I ended up resetting my modem and my packet loss reached zero.

Lag spikes are always going to happen in any online game, nothing anybody can do about it.

Reminds me of the invisible glitch in Gears UE.

Reminds me of Gears of Four. Had plenty of “wtf?” moments like that one. Turned out the guy who kills me in this was doing this to everyone in this match with his atrocious connection.

To be clear his bad connection (along with the horrendous server side over-compensation) caused others to teleport to him for easy kills. He sponged anything you tried to put into him. Repeatedly happened to my friend in the next match too.