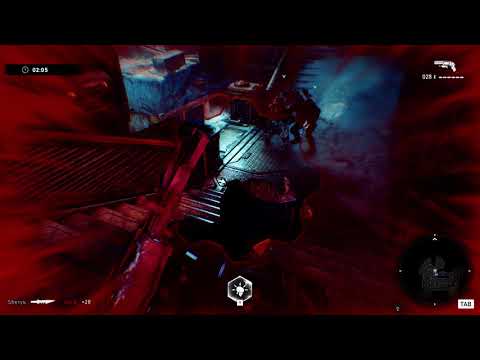 In escape u can do true coop as one stun and other one try to assassin the target, melee, and other game functions.

But in Horde, enemy hp damage accuracy is so extreme, all you wish to do is group them up and kill them asap, melee? Coop? No, thats too luxury, all we can do is use the highest dps and turn them into ash.

Even on a lower difficult horde, it doesn’t make big different, at 40 waves AI with 3x buffs still easily kill anyone off guard,

Some may said “horde type” gameplay are always like that, I agree and disagree, like killing floor 2(the long life horde game of my favorite) , it do have extreme hp and damage high difficult, “BUT” they also make the game with limit ammo, so players need to coordinate how to start a fight, saving ammo for further waves.

And in gears horde? Because lockers we dont need to think about ammo effectives, just keep shooting or the enemy will break the barrier line and we will have a hard time.

Locker should turn into a weapon damage buff (put a weapon on it for Xsec and it will glow and have x% damage buff for all ammo in it), and energy is used to refill ammo too and only can do it at the beginning of a wave, weapon bought/refilled will not disappear on gound.
And now players need to think when to shoot and think about the target is it worth the shot.

And then the enemy can scale better for different play style, as no one have unlimited ammo, and melee can have their place too.

I disagree with the ideas for change. I think it will over complicate things.

I’d agree that Horde is significantly easier than Escape on the equivalent difficulty. I just don’t think these changes would be player friendly. There’s alot of PVE players who like it as it is now because it’s not as hard as Escape. Both modes are distinctly different and played in different ways and I think it’s fine now as they cater for different PVE groups.

If they could improve the AI so enemies do more strategic things then great, and I agree that just improving their base stats like accuracy, health and damage is a lazy way of increasing the difficulty. But it is what it is. Maybe TC could mix up some mutators for an event or something. Thing is, slowing or restricting ammo regeneration will just make teams buy more Lockers and more weapons. It’s easier than changing their play style.

EDIT:
One idea I had which was based on a discussion in a Developer Stream was to mix other elements if Escape with Horde.

One idea which came up which I’m expanding upon is an Escape Hive tile based version of Horde - let’s just call it Survival Horde. There’s a massive tile-map created with multiple start points and multiple locked doors. Teams have a Fabricator to use and every 5/10 successful waves is cleared the doors unlocked and the team choose which one to go through. They have to take the Fabricator with them but can also take some of their fortifications, but this is maybe limited to one per player (or limited to as many within a time frame before all players are automatically teleported to the chosen next room?)

Anyway, to incorporate some of your ideas a bit, each room/section has different mutators.

So it’s Horde but with changing environments, multiple paths, different changing mutators and require some level of rebuilding.

With unlimited ammo you cant balance anything at all, players will just try to throw everything they got , and TC need to keep enemies HP high enough to make players feel challenge.