This game has one of the WORST netcode ever

Client and server aren’t synced at all. I’ve been playing Gears 5 during this year (20h played on mm, elo: onyx 2 ranked mode) and I have experienced all kind of weird s***.

First of all, you can just wallbounce in the face of your enemy before being slayed, but when killcam time comes that wallbounce move never happened.

Same happens when shooting.After running exists this short time between you stand up & before shooting, well, sometimes you see the shots fired and the animation from your POV (client side) but the server wont read that, this means this bullets arent reg on srv and this never happened, you won’t watch it on the killcam neither.

Finally, you can see where the oponent is aiming but sometimes they kill you even when they cant see you or aiming to the floor 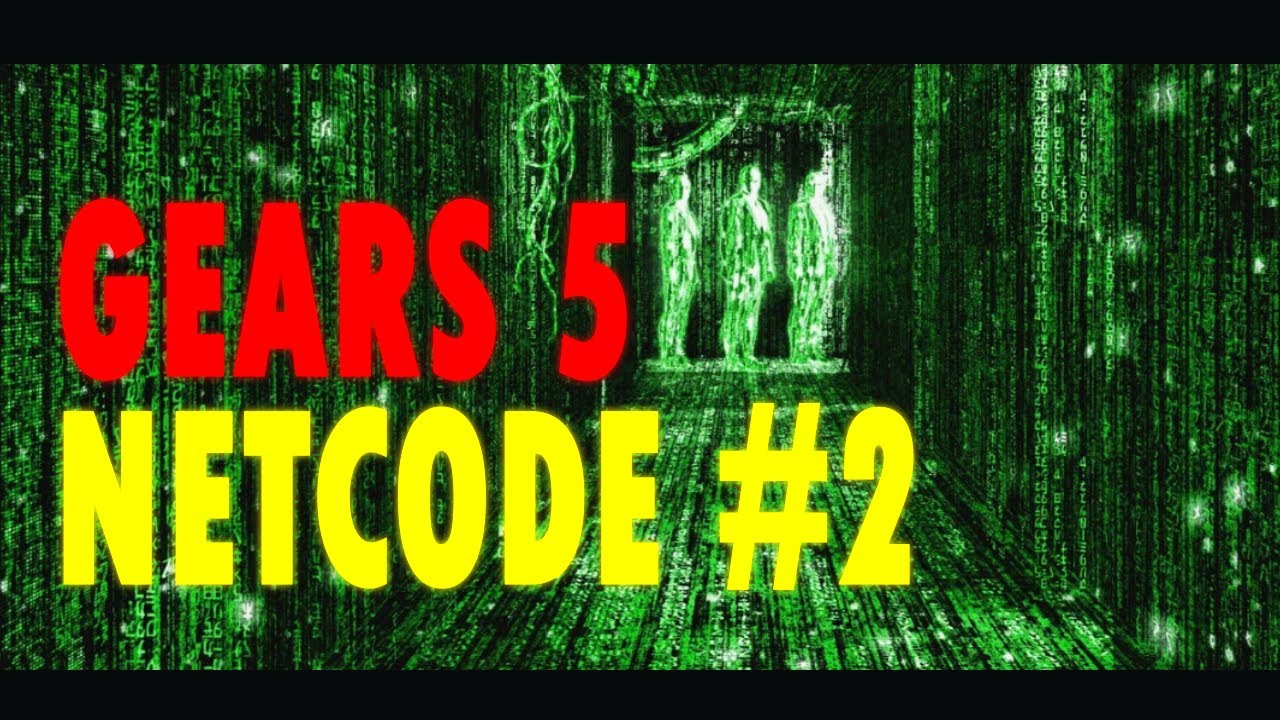 Heres one from a person that killed me with 1200 ping.

EDIT: Not even sure which shot killed me…

The one where there off screen ??

The second shot where i died

It’s the only game that I play that consistently shows me that I have packet loss. If I do ping tests all over the internet, NOTHING.

One of the last clips where baird kills him happens a lot, i don’t know how but i will have a stable 15-20 ping and the other person might have 50ish.

It just ruins how a match can be played

Thank you for posting this!

TC, this is ALMOST EVERY game!

People do not want to play a game that has this much crap going on!!

That video brings up good instances. I have seen plenty too like that. But I could play a lot of other MPs too and get a WTF moment every other match.

Everything I have experienced in 5 as far as lag and registration issues, I have seen in most other Gears. Like all the others, I move on.

The weapons in general feel off. Whether that’s to do with netcode or just differences in weapon programming, I don’t know.

For example, a sniper seems to operate on an instant hit scan. Pull the trigger, head explodes instantly. While something like the Boltok has an extremely laggy projectile registration. There’s no stickiness to the Boltok at all. The projectiles fly all over the place. It’s supposed to be a precise weapon. We are supposed to be soldiers. Yet we can’t control a revolver and get consistent hit registration. That boggles my mind.

While the net code is abysmal. I think a lot of the underlying issues, from what I’ve seen, rest in how the weapons themselves are programmed to operate, rather than how the server registers them. In other words, I think everything is working as intended, but the intended ways of working are wrong.

I rather like TCs netcode. Especially compared to this. 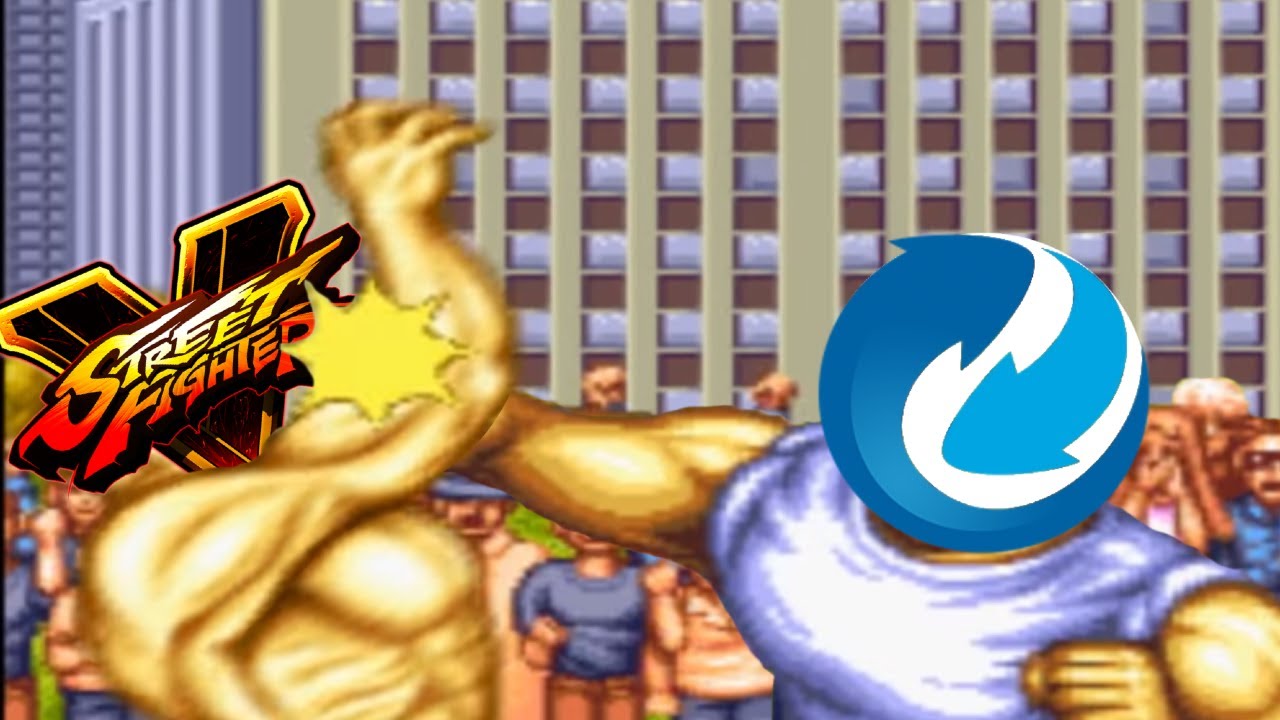 I would be more open to that argument / take.

The Boltok in my mind, “hey this is a pick up weapon it should be good.” I use it and it feels either OP or UP af. So I stopped picking it up about middle of last OP. I just keep the snub at this point.

The markza and sniper are more aligned with my expectation of being a power weapon as I feel I am always being rewarded with my aim, my trigger pull, and impact in relation to the match.

The gnasher has a lot going on in terms of mechanics and code. Part of me (subjectively) will always blame the buff it got in 5 - it is what it is. That’s why I look forward to the new tuning. Maybe this will change the game for better. If not, TC goes back to the drawing board and tries again.

That’s why this game is a gnasher fest. Because although the other weapons, for the most part, are just as inconsistent, at least it does what it needs to in most scenarios. Why pick up a Boltok or Hammerburst or anything else when you can just corner camp and shotgun with relatively strong ease of use?

I am also of the belief that power weapon pickups are far outdated and need to be gotten rid of. Aside from Battle Royales, map pickups are not what gamers want. I think they need to expand the weapon pool, open the weapons up to customization as far as scopes, magazines, barrels, foregrips, tube mags vs standard mags for shotguns… everything needs to open up and be allowed upon spawn. Even ammo types. Explosive rounds. Caustic rounds. Electric rounds. I highly doubt the CoG stopped engineering at the Lancer with a chainsaw attached to it.

Things like the Breechshot from Gears Judgment need to return as well. That was a sic gun. Ink grenades. The digger. There was so much variety and creativity in this franchise, and that’s all been replaced by boring crap nobody cares about.

There needs to be armor customizations. Armor stats. Reasons to play. Reasons to build. Reasons to invest. Weapon skins and character skins are cool… I guess. But that just leads to everyone looking the exact same. IE, arcade is just a team of Marcus’ vs a team of Speakers. That’s not fun.

If all weapons felt responsive and useful, then they would be used. At this point in Gears… it’s just boring. And the player population is so low 9 out of 10 games is you battling a 1,000 ping player, not a skillful player.

The same 100 people that play Gears are not going to be able to float this franchise for much longer. It needs to change.

I would welcome all those changes to PVE. Would make horde or escape more enjoyable IMO.

TC have made some good choices along the way. But from what I can tell they’ve been mostly accidental, and not intentional. Like a spraying the wall and seeing what sticks approach.

I find it weird when people call escape and horde pve. It’s basically a static setup every time. The variety is very, very minimal. While it is true on a technical level… that’s really no different than calling a campaign a pve experience. Aside from a rank that resets at the end of a season or a skin set to obtain… there is absolutely no long term reason to play any “pve” activities in Gears. Achievements.

. Move on to other game as there is no more reason to play.

Escape is my only fun in gears 5.

Very well. But that can be said for any game.

There is no point in playing anything, for any length of time.
It’s pointless. Life is pointless.

That’s cool. I personally find it boring, unnecessarily restrictive and a complete waste of development time. The game mode was lifted from almost copy and paste from another game. And it is sub par, in my opinion, in every way from beast mode in Gears 3, overrun in Gears Judgment or even Capture the meat flag in Gears 2 multiplayer I liked more.

If there were a hub where you kitted out for it. Ok. If you had more control over your stats and abilities. Ok. If you were able to get some variety in game play instead of just a random shuffling of boring environmental tiles. Ok. But none of those are true. I just don’t see why I, as a player, should invest time in a game mode that TC, as the developer, couldn’t be bothered to invest proper development time in to creating incentive to play.

Beast mode is generoc too, I went back and took off my nostalgia.

Beast mode wasn’t generic. It was a foundation. It was a great foundation, actually. Which is why Epic did far better with the series. Gears 1 was the reinvention of the wheel. Gears 2 brought horde mode, meatflag, wingman… lots of cool maps. Gears 3 brought beast mode. Horde 2.0. Lots of great maps. Judgment had great map design. Verticality. Overrun. Evolved weapon system. The game has brought with it the best parts of the previous and continued to grow.

TC just continually tries to recreate the wheel and with each release just bulldozes the house and tries to lay a new foundation. This is why people keep walking away from this franchise, in my opinion. There’s no cohesiveness. There’s no reason to invest in the franchise any more. Every foundation has been destroyed and they expect player investment on brand recognition alone.

Horde turned into beast. Beast turned into overrun. TC threw out all previous progress and decided they could do better… clearly they can’t. See current player base as evidence of this.

We got a pretty cool and far more interesting class system then any other gears, the old gears games are very boring and generic

And as much as an open world campaign doesn’t work for gears that was innovative of the franchise, branching out to tactics and gears pop as well is kind of nifty for the franchise as a whole.

The class system is completely convoluted, irritatingly unorganized and unnecessary.

Gears POP and tactics were also completely unnecessary. Developing a mobile POP game and a turn based game out of a tactical 3rd person shooter that is now being labeled as “nifty”… is all too telling about how completely absurd it was to create them in the first place.

Flooding the market with brand recognition to try to maximize as much compulsive spending as possible from your player base is not good for any franchise.

Ya know… since POP is completely dead and no longer supported and refunds were mandated since it was dead. And Tactics, though people loved to say how popular it would be once released on console had an entire 1, count them 1 streamer and 1 watcher on twitch on the busiest Saturday night of gaming of most years.

The fact that someone can describe Gears of war in any capacity at all as “nifty” just speaks volumes about the absolutely bottomless hole it is rotting away in right now.