These bans are ridiculous and too long

I keep getting banned every time the game kicks me and it’s not a 15min ban its a 20 hour ban and on top of that when I do get the chance to finish a game I get a competitive quit penalty and it takes 150 credits away or higher depending on how many credits I earn. I just finished my ban today , I got in to a game and it kicked me giving me another 20 hour ban . TC really need to fix this

I keep getting banned every time the game kicks me and it’s not a 15min ban its a 20 hour ban and on top of that when i do get the chance to finish a game I get a competitive quit penalty and it takes 150 credits away or higher depending on how many credits i earn. I just finished my ban today , i got in to a game and it kicked me giving me another 20 hour ban . TC really need to fix this

TC are well aware of the issue and are looking into it. Unfortunstely there is nothing to be done until TC posts an update on the matter.

I would just avoid playing ranked until its fixed.

Yes, another Rant about "Quit Penalties" and how they affect those who follow rules Gears 4

Hi all, We’ve been looking into the reports of disconnects and feedback around penalty applications for some time now. Investigations can take time as we thoroughly assess potential causes and run tests. We’ll be sure to post any news as we get it. Thanks for your patience.

I recently tried getting into rank versus the past couple of months and got lucky and never had the issue of getting booted. We all know it definitely an issue though and glad TC is aware of it. I’m doing what Dark mentioned to do, as much as it may suck just avoid rank and play the AI and Social quick play.

i hope all the quitters that ive played with are at least suffering from the same penalty. it sucks if you got booted but quitters do deserve this and i wish TC would be more harsh once they fix this bug!!!

i’m talking first offence 1 week ban from ranked, only allowed to play social and horde for time being and only gets worse from there

Ya I agree with you quitters should be punished, I’m hoping there will be a way the system can tell that it’s say the server that kicks you and not the person quitting. Not sure how this can be fixed this is going to be a tough one.

im sure TC knows who quits, i myself have been booted multiple times and never had credits taken!

the standard 15min ban. never did quit so i feel there is more to this than we are told. im not pointing fingers at anyone just stating my experiences

I have been kicked as well and never gotten anything more than a 15 minute ban as well.

The thing is I’ve never quit a match I always finish them.

glad to hear that!!! i do hope they fix this for the people that suffer unnecessary bans.

Kind of off topic but I’m sitting here in a lobby of ranked koth and it’s approaching 30 minutes. It says if I leave though I’ll get penalized, what is the penalty exactly? I’ve never had this happen before. 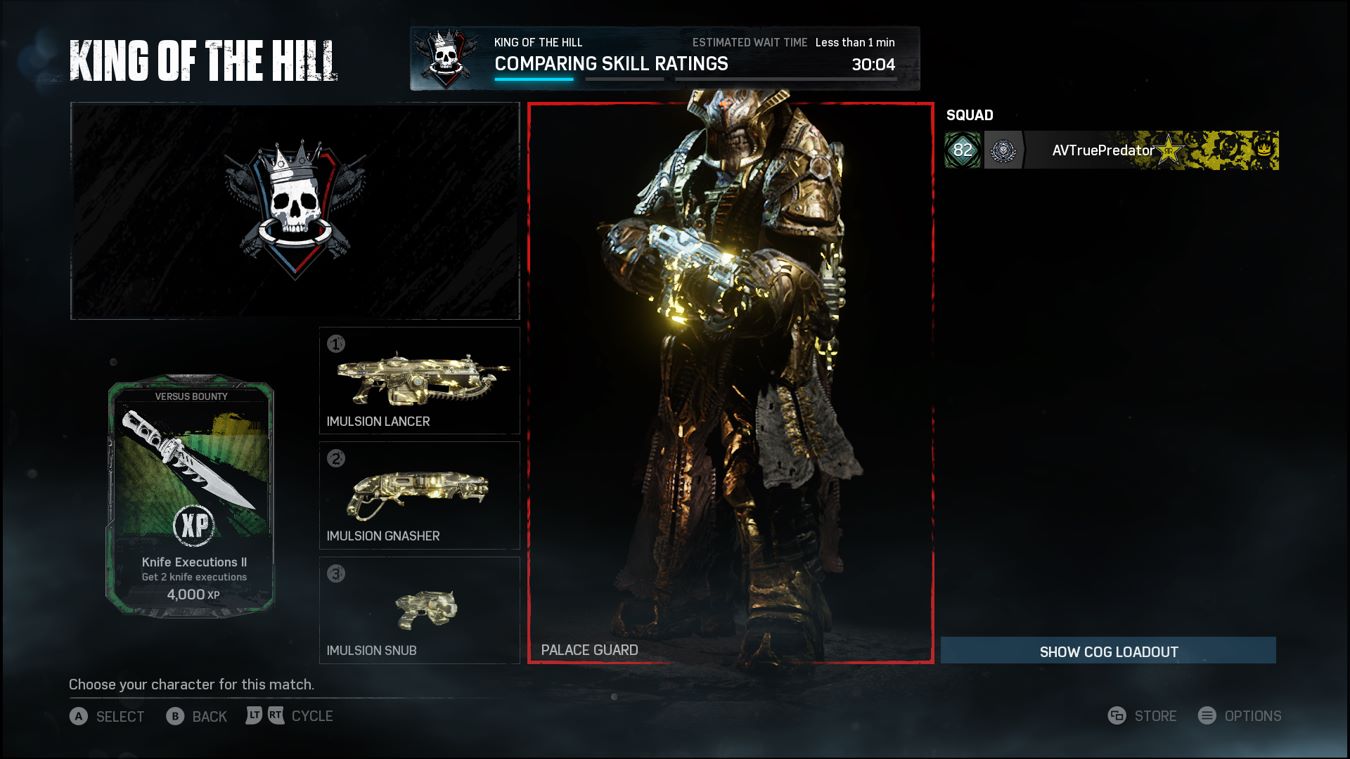 You wont get penalised, I done this countless of times where matchmaking is taken too long. So you got nothing to worry about.

I believe the penalty kicks in when you quit when a lobby is created, not anything before.

I don’t have best connection but I never get kicked from games. These threads never have anyone admit they actually quit

. All these great players that kick when the team is losing lol very rare to happen on winning teams. Just my observation and I’m reup 13 so I played plenty matches.

I have never had more than a 30 suspension for getting dropped from servers, sounds like some quitting going on. Again I think TC can see the difference between honest disconnects and quitters. Which deserve crazy long suspensions

That palace guard looks sick! Think I saw u in game last week too

An on topic, I’ve also had only a couple of short bans, never quit ranked, but thinking maybe during a ban allow players to play social while they wait, it would allow innocents to at least keep playing for 20hrs or however how long, cause let’s face it, ppl quit to protect them from losses?? To artifically boost rank? So yea sure, quitters still get to play but I’m sure they only wana play ranked so it’ll keep ranked clear of quitters while kicked players at least get the choice, enjoy the game still or turn it off an wait

I quit once. No ban
Booted twice. No ban.
There must be more to the story for those who receive these large bans.

Quitters deserve harsher penalties! I think it’s great that they can’t play any online functions while on a ban!

I think it would be more of a pain if they could play social and horde, and their credit and XP penalty is applied… just massive credit loss and absolutely no rank for X amount of days!!!

It’s funny seeing all these people complaining about the xp and credit debts! I have been dropped from plenty of matches in the lobby and during a match, yet never recieved quit penalties except for a 15 min ban. So if these people are getting these debts it’s because they quit frequently.