Theory: Was Baird originally planned to be a playable character since launch day or was only a teaser?

I’m talking about the BFFs achievement. You can see Baird in the middle, with the rest of the team. I think that maybe Baird was from the start, but getting 2 engineers since start was unbalanced (Kat doesn’t count) so they decided to push back Baird and put other character or nothing at all.

Or just someone on TC wants to put Baird in an achievement, or was just a little teaser that Baird could be an unlockable character sooner or later.

The game is always unbalanced when there are 2 Engineers in the same game. I have started seeing lately that people in Custom games are requesting one Engineer only. This is good.
I was in a game last night with a Del, i did not realise just how slow Del is now compared to Baird, all that time wasted on Repairing, i wonder why people want Del anymore now. Baird hardly needs to Repair now, he can get in to the fight even with Sentries and Barriers on the go.
To answer your question, no, he was a secondary character, just as he was in Gears of War 4.

I expect many characters are already in the game in a basic model form and can be available anytime TC want. I suspect TC are (1) working to a pre-agreed release schedule / business plan as they feel it will generate most money; and (2 ) still working on Hero abilities for Horde/Escape modes.

So right now they probably still have some more Baird, Lizzie and Locust Drone skin variants to sell us before they move onto the next scheduled batch of characters.

GOW4 was similar in a sense. A number of character skins were leaked but not released for several months. It’s partly due to the drip-feed approach.

I think baird was planned to be in game on release date but was delayed to publish with operation 2 because of:

I want to know if the whole bleeding barrier strategy was meant to be an actual part of Baird’s playstyle. Or if it really is a glitch bc I dont mind if they keep it or if they patch it. I know that it surely helps master horde runs to go by quicker, if your baird cards are lvl5… ex.(Bloody Support),(Experimental Weapons),(Global Overclock),(Precision Repairs), &(Explosive Killshot). I prefer using explosive killshot instead global sentry damage Since they nerfed the global sentry card(+30 more damage on sentries). It no longer works on all weapons you’re holding.

I still have to unlock that achievement, so I didn’t see that COG gear was in the image. So Baird and COG gear was originally “planned” to be at launch. 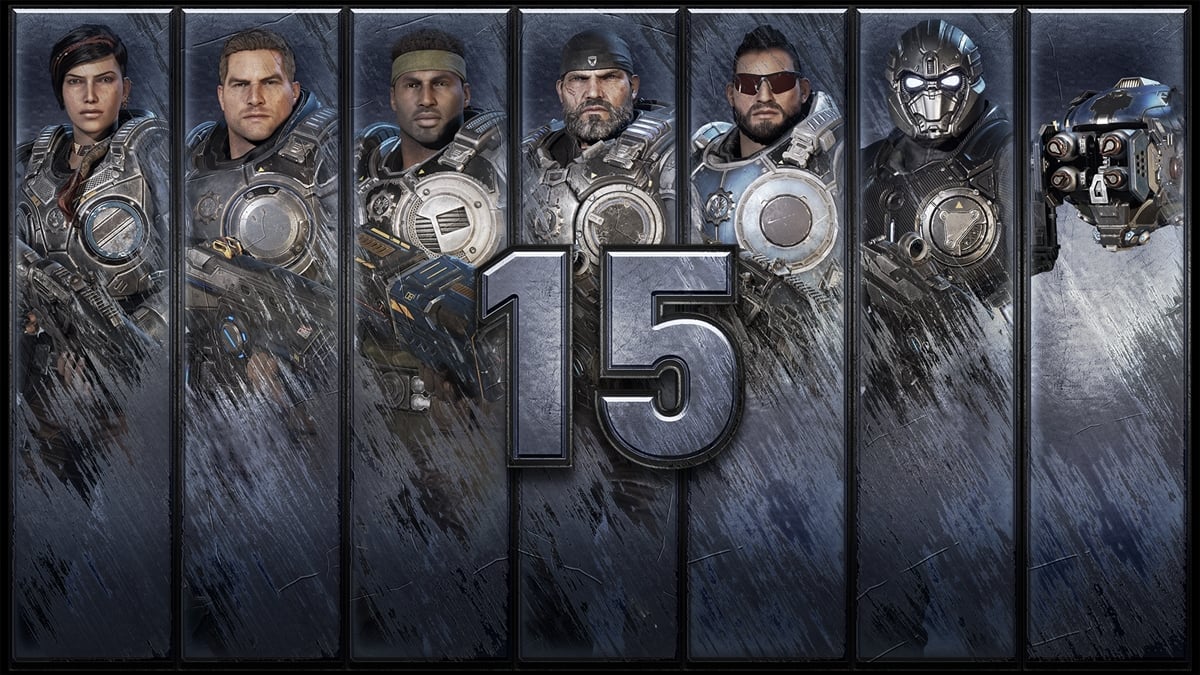 Sorry its an Onyx guard, which is a skin for cog gear. But the planning is just a theory, they could be just added for those picture for promotional reasons.

So was Lizzie and Paduk

Paduk would be a sniper. Maybe it’s the same reason than Baird moved after lauch.

I wonder what abilities and ultimate will be better than Fahz if Paduk is really a sniper, or maybe he will be a mix between sniper and something else.

Lizzie too? For now, every hero totem character that we unlocked was in the idea of getting at launch. (Sorry DB for not being a hero)

Maybe Paduk will be the next totem character? Judgment memories come to me again. That healing grenade from Sofia, the young Cole and Paduk getting on high ground to fullfil the role of sniper.

+1 if Paduk has a card to deal more damage (or some bonus) on the highest part of the map.