I’ve recently been going through looking to master all of the escape maps, as I didn’t get into escape until pretty recently. The surge is proving to be difficult. The first encounter after the safe room has had me stuck for awhile now, and I’m curious if anyone has any tips for me to get through this one.

I’ve been running Paduk trying to spread fear as often as possible to alleviate the sheer number of enemies, but I just can’t get.

Run for the exit

That’s really it? Just like the surge card speed runs on insane? I figured I actually had to kill everything for a legitimate run, or else be gunned down.

You might could run to the end but you will definitely have to fight once there so if you only run then you have no weapons.
I think I saw a video on speed-running it on master where he hit the supply room en-route because you’ll want the flashbang to stun monsters while the door hopefully closes.
With a fear build Paduk you should be able to raid that room fairly easily.
We can try some stuff after I get off work in an hour - I think running to the end does work, since you just need strong characters to survive till the doors close and since (if you’re all running) then venom cards won’t help much because you’ll be outside when it’s time to fight.

The Scions and elites will nail you if you try to run. You need a good Cole, Keegan and Paduk. This hive is one of the hardest like the End. Might be easier to do solo if your a good Cole.

Back when it was the weekly hive I was one of the few who enjoyed running it legit and my strat at the time was to run Keegan with explosive bleed.

Run it as if it’s a speed run except during the first act instead of leaping over the two covers initially, run to supply room to left. There are plenty of frags and lancers (for chainsaw)

Then we just ran it legit from there. Sometimes keeping the safe room shut and planting a frag before opening eliminated a pouncer or two.

The supply room to the right of the safe room has more explosive ammo boxes iirc.

From the safe room we ran to the right. Use chainsaw for deebees and what not.

Use frags for scions before the exit and then take their salvos.

That’s what I did anyway. It’s been a while.

The hive was out when it was only og characters and so there weren’t a lot of options then but I’m confident the Keegan strat is still relevant.

I’d be up to run a little escape later. Just let me know when you’re on.

@PIZDETS79B I tried just about an hour ago with a Cole, Emile, and myself as Paduk. We were golden until that second section.

@Non_Photo_BIue We actually ran the right side of the map, so we could get retro for myself, as I prefer it over lancer with paduk. Also noticed booms up there and plenty of flashes. Just put enemies constantly and fear of to take down scions.

Keegan’s still a good pick for the hive. But you can’t usually run straight to the supply room on the left any longer because TC blocked that path off so you have to fight your way past the obnoxious Drones while all you have is some terrible covers to shoot them from or move closer.

And I remember once doing post-patch Master Surge with a definitely non meta comp(at least, going by current standards) of a Level 13 Clayton, Mac, and… er… well, I don’t remember which character it was but it was an uncommon pick for Master Escape runs or certainly not one of the better picks for that hive.

We actually ran the right side of the map, so we could get retro for myself

Pretty sure you mean the middle here, which has Retros, Flashbangs and Boomshots… if you can get around the like half a dozen Hammerburst Drones, a Juvie pack and the two Mulcher Scions. The right is filled with Grenadiers, Hammerburst Drones and two Salvo Scions with the supply room containing Dropshots and Claws.

Keegan definitely is good. He gets a lot of frags to throw around, should you take the left, though he may not be as destructive as he used to be prior due to the nerf to Shredder. And he can get Salvos in the second act, providing you manage to get to them. Would also recommend taking a melee character and one ranged with a Boltok, for initial encounters, or if you need to push(where the melee character is handy, or you might get pushed by venom too much in the second half).

I’ll definitely consider bringing Keegan. From the sounds of it he’s strong for this map

Just to put it out there, if anyone is interested in running it with @avaramis and I later on, you’d be welcome. Would enjoy any help I can get.

Yeah the first section is fine. If your Paduk go with the execution build and use the left in the first act to get the normal Lancer. When you get it make sure you empty the clip of all ammo and use the lancer just to execute. Emptied of all ammo will stop the reload bug fro happening.

No, ignore that advice. They clearly didnt read your post and that you asked about Master difficulty. You’ll need amazing luck to get past the Scions by running, and even then there are two Scions on the helipad which you’ll need to fight. If you ran, you have nothing to really fight with aside from pistols.

Clayton is a very good bet. If you take the right path in the first section you can get two Salvos. There’s also a Dropshot in the supply room on the right path (plus Shock Grenades).

EDIT:
Also, just to add - broadly speaking, the 1st half is basically like a preparation mission for the 2nd half. The clue is in the supply room just before the saferoom as it contains lots of blue and red ammo boxes. Each of the 3 paths prior to that each have a supply room but different weapons and no ammo, and it’s a case of teams choosing a path and a set of weapons, and then stocking up in that final room before the saferoom, then it’s fight time!

I already empty my lancer lol. I’ve gotten pretty good with paduk since he’s released. He’s my go to for escape anymore. But I’d honestly prefer to go get retro, if that’s viable for the other characters, which with booms for Keegan I don’t see why not.

@AmicableWall421 The two randoms I was with and myself had little trouble with that encounter. It was just about playing a little slower and picking off the smaller enemies first so we wouldn’t get peppered while dealing with the Scions.

Well just go with what your comfortable with and prefer. There are many options for this hive just like any other hive, it’s just putting it all together that proves to be a nightmare sometimes lol

I just ran through with Cole on beginner, and right side may be the way, There were two drop shots to replace booms, and I was told there are also salvos for a potential Keegan. Still will have to decide on how to play the second half though. Not sure if there’s a good way to get through it or just fight like hell.

I’ve been going over some old hives as well. I didn’t get into escape until Op3. After a few games with a forum member the other night I realized there’s still some old hives I haven’t beaten on Master. Surge is one of them. I believe others include ice queen, venom run, blight, wanderer. Basically the hives rarely seen in master lobbies. Not looking for perfection but would like to just get them done. Not for bragging rights but I think there are one or more achievements associated with doing so. Is that correct?

Cole is definitely the top pick if your gonna solo. If your a good Cole. I’m not so will never happen for me but if you are in the second act you just run around as there is plenty of space to run. Let the venom take over. Run like the wind and tackle lol

I believe there are yes. I’m doing them just because I want to be able to say I have lol. I just now did the The Hive for the first time today, shocking I know.

If you haven’t beaten surge, you’re welcome to join @avaramis and I for it. I always appreciate one less random I have to play with lol.

@PIZDETS79B I’m actually about to try solo with Cole and see how it goes lol. I’ll probably fail, but I don’t think it would hurt anything. For all I know I’ll do it hahaha.

See if this helps. 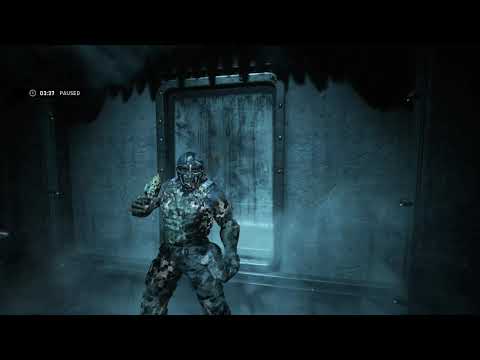 Claytons with Ultimate Battery and the usual or whatever.
Kait with the standard-setup / alternatively Cole.
Keegan with duration and bleeding, rest is up to you.

Straight to the right side, Clayton stands next to cover. And once Cole or Kait have their Ult ready they can clean up the room and Keegan and Clay get a Salvo and Dropshot. That should be more than enough equipment to beat the hive.