The shotgun is over complicated

when i look at this game from a game design perspective rather than a realism perspective its easy to see the major problem. people blame it on barrel shooting over center screen shooting. what the problem really is, is bullet spread.

the shotgun bullet spawns out like a sniper bullet then spreads much bigger. that is big inconsistency. it means the shotgun is harder to aim at close range than it is further away. sometimes you blow people away and other times you completely miss by a millimetre and cause 0 damage.

obviously they tried to fix this with bullet magnetism but it still leads to the same inconsistant boring gameplay, you either completely one shot a guy or completely miss at close range. it is very one dimensional game play that leads to repetitive shotgun fights.

coalition, do yourself a favour, remove bullet magnetism on the shotgun and make the initial bullet spread bigger like gow1. barrel shooting or center screen shooting was never the main problem, it was just the inconsistency of the spread. forget about ultra realism and just make a fun consistent game.

I agree the shot should come out extremely wide and then get wider not come out like a sniper bullet. 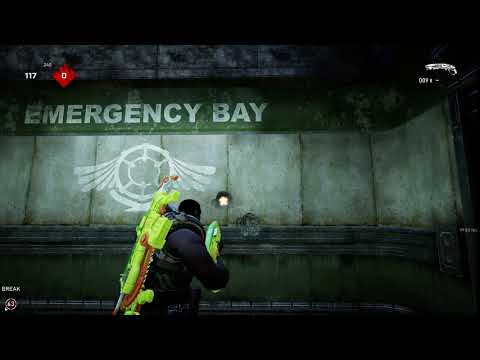 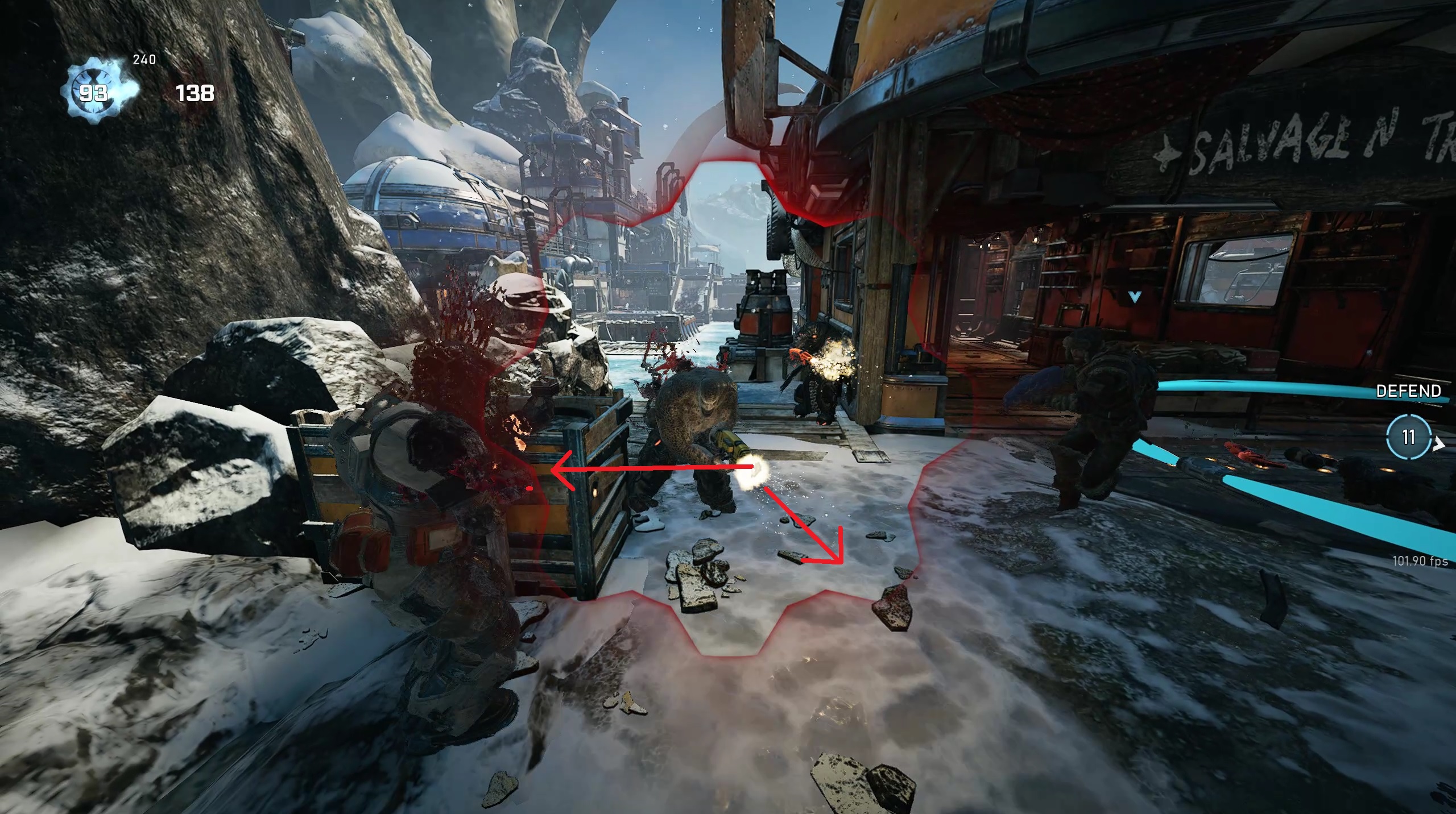 lol. its like coalition hate blind fire. gears 1 had the best core gameplay, because it was about moving and shooting, not standing and hard aiming. the only weapon that has move and shoot is the blind fire gnasher and coalition are set on destroying gears identity to just be a generic shooter.

If you’re accurate you’ll be fine.

Sometimes they eat but sometimes you eat too.

you can say that about anything. that does not mean its acceptable game design

All this blabla is meaningless when people with 150+ pings are allowed to play Versus.

For some it’s acceptable.

I’m just as competitive as anyone on here.

If you play enough it’s easy to adapt to. Yes there’s bs just like in any game.

Can’t make it perfect. Nothing in life is perfect.

It’s not like op2 where the gib was stupendous

the gib is stupid because the shotgun acts like a sniper so you will always gib them or miss them at close range., there is very little in between at close range. this is your gib issue

making the initial spread bigger and removing magnetism will make the gib more aceptable to more people. gears 5 has issues, i am pointing out simple solutions.

Idk if it acts that well in long range from my battles.

I just play so much I know what the gnasher can do, I usually lancer people & use my shotgun in close to mid close quarters.

Still don’t think there’s nothing wrong with it but if you think so I guess.

i mean it acts like a sniper at close range. i didnt say anything about long range

Idk man. I pull RT and it shoots. Sometimes I pull LT too and makes me do something called aiming.

I see how it gets confusing tho.

I hip/blindfire 95% of my shots, the other 5% are pop shots over cover.

I agree the initial spread out of the barrel causes inconsistent shots.

But I also think that the PVP frame delay caused by MP netcode is a huge factor in the inconsistency as well.

Go play a few matches in a row, but make sure to join a fresh lobby every match.

Test how your shotgun registers and does damage.

One side of MP lobbies always gets an advantage in damage given and damage taken.

One team can one shot kill more frequently and the other team is stuck with 2-3 shots that don’t even gib, they end in a down.

You either get God-gun or the old 87%er

I always tell people “if it ain’t broke, it ain’t a real Gears game”

you can say that about anything. where are the actual arguments if you disagree

I didn’t realise that’s how different the spreads were as I don’t get as much free game time at the minute , that’s crazy…

I’m pretty sure the wrap shot thing is just server lag, but it’s stupid that the animation never finishes on either screen so if someone does it to you, you see their head pop out, then they’re running the other way with a shot coming out their ■■■■ and you’re dead .

A cover based shooter where cover isn’t safe… incredible how they’ve done that.

I do however understand that you can only play with what the game gives you, it’s there to be exploited and everyone can use it… does that make it right? No. Is it going to change? I doubt it. Will I and others still moan about it? Definitely.

I’m just trying to get back into gears after having played a ton of 1-3 on the 360 back in the day. The shotgun is an entirely different gun than what it used to be. I can’t make any flick shots, I can’t wall bounce and wall bounce cancel to a shotgun shot. I played the free for all shotguns game mode and it seemed like everyone including myself had a 1/1 k/d because it’s impossible to chain multiple kills together with the shotgun when it takes so much precision to even get a single kill. You basically have to run up behind the person and shoot them in their backs and if you miss then you both are dancing around trying to shoot each other until another person comes up and shoots you in the back.

it’s a piece of ■■■■ when pop shotting or hard aiming. How often do you hit half spread when aiming directly at someone? Sometimes it makes me feel like having magnetism ain’t that bad if the reticle and the spread is smaller. But I’m no developer It’s just something to throw out there and see if it makes sense

We should all be thankful that Gears doesn’t go for realism. I don’t know how many here have shot an actual shotgun, but those can be impossible at times. I once shot a 12 gauge that kicked so hard that the barrel slammed into my face.
To be frank, that’d be pretty funny in game…

lol, yeah, stuff like that we just have to put up with unless your playing LAN