It’s is definitely a Xbox issue. My new one hasn’t turned itself off once in the 2 months I’ve had it. Don’t put up with it - you can live without gears for a week if you don’t have any other way to play. You can!

I had the same experience, it shut down twice, once on Ephera and once on Speyer (during launch week of those maps). Both of them during Horde matches.

It hasn’t shut down on any other game. I do think it’s down to Gears 5 considering I’ve played a substantial amount on other games and not seen it shut down unexpectedly.

Could be pure coincidence but I doubt it.

Coincidental. As I’ve said before, my first series x was turning itself off nearly every time I played gears. Just by doing a bit of searching online you can see people are getting it with some other games. New Xbox - no issues for 2 months now.

Could be down to how graphically intense the games are.

I’ve only ever had my console shut down while playing Borderlands 3, but it hasn’t happened in about a month, fingers crossed.

Hopefully my console won’t be an expensive brick in a year.

I forgot mine did that on Borderlands 3 as well but it was due to overheating cause for some reason the console can’t handle backing out to the menu to farm legendaries so many times, gears 5 it’s just a flat shutdown without cause or warning.

Ah, ok. Didn’t realize that was the issue.

Then I suppose I’ve technically had no shutdowns that I know of. Hopefully it stays that way.

I’ve had a chance to look into this more and, no, the One X will not play 120fps on Gears 5. You can switch the console to 120hz in the settings, but Gears 5 will only do 120fps on the newest gen.

Like OP said, after I got the series X, I had to go into Gears 5 options and toggle the frame rate to 120 from the default 60. This toggle does not exist on the One X.

I’ve had it happen in BL3 once only.

oh, once i saw on an Xbox channel that you could, i must be wrong then 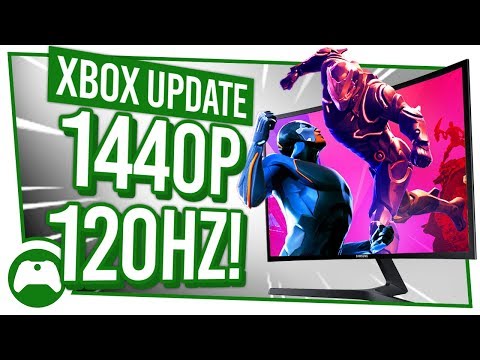 I mean my brain recognizes that it’s different…

but for years now 30vs60fps, 1080 vs 4k/8k, HDR, they’re really small changes but no graphics comparison has made me ever feel this way.

Throw it on 480p and you’ll ascend to God tier.

Stop making fun of me

Are you going to be on later? Or should I prepare to be with It is Da best

Kyle I have classes today

I don’t think it will but haven’t done my search homework on that. I had to get a new router and have people come in to hook a new line from my outdoor electric pole to the wires of my house. The line that I had was ancient and never got updated. Hopefully other people’s lines aren’t neglected and/or updated

Had the chance to play on Series X for a few days now. It’s nice especially if you’re coming from a One/One S. I upgraded from a One X and the most noticeable difference is the frame rate. The difference is not revolutionary from what I can tell so far, but it’s noticeable and appreciated. It definitely helps “slow things down” in fast paced scenarios. I suspect that the more I dial in and get used to it the more I’ll appreciate it. I’m playing on a 1440p 165hz monitor, so haven’t experienced 120fps at 4K yet. HDMI 2.1 monitors are like $700+ anyway right now. No thanks.

Interestingly, the difference was more profound when moving back to the One X (and its 60 hz 1080p monitor) after a couple days than what I remember it being when playing on the Series X for the first time. I guess you really don’t know what you got til it’s gone.

If only us players who are still on the ONE got to play Gears on the Series X/S: GG, ez, lul

Yeah if you’re on a One/One S, I feel for you. Game is trash on there compared to next gen. One X falls in the middle.

I could think of worse choices for the base Xbox One.