The return of the Kantus in GoW6

Hello to all Gears fans.

I am hopeful of the return of the Kantus in Gears 6, now that the swarm horde have a new queen.
Review the Kantus in the form of a swarm.
I have always thought that the Kantus race is the oldest on the planet Sera and that they have always lived underground together with other creatures (Brumak, Riftworm, Corpser, and others).
So I don’t consider them a creation of the New Hope together with the locust drones. But they both came together to create the Locust Horde.
Now that Queen Reyna is here, they are back, stronger and it would be great to see them again in Gears 6.

What do you think about it?

Kantus is my favorite Locust hands down and it would be awesome to see their badass return with some shiny new designs. Remember Armored Kantus? Absolute monstrous locust from one of my favorite Gears.

This is what they took from you. Never forget! 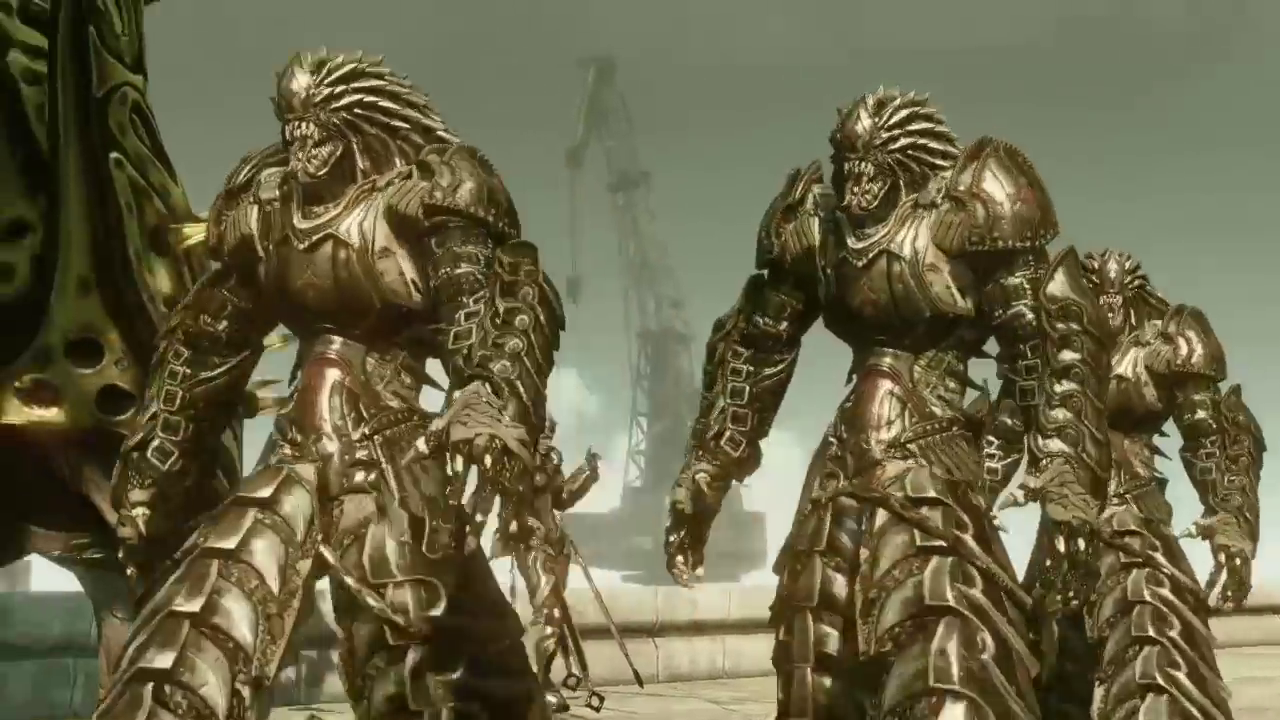 The encounter with the Armored Kantus was one of the best moments in Gears of War 3 and I found them very aggressive. But I think any version of Kantus is incredible. They are an interesting breed and I think they were in the dark until the new queen arrived because they didn’t have a guide.

I liked it better when their original name was Kantus Knight before it got changed to armored Kantus.

I was not aware this was a thing, I like that more honestly. All together I just miss Queen Myrrah. Hopefully Queen Reyna can give off the similar cavalry vibes Myrrah had with her army. The Swarm feel less organized but maybe that’s because I’m not used to this shift in enemies yet.

Sorry I derailed a bit.

Aren’t they just a subspecies of Locust?

No they seem to be Native to the Hollow. The obvious reason is they share no characteristics with the Drones, Boomers and Berserkers.

The other reason is the timeline pointing to the buildings and infrastructure existing before the Locust invading the Hollow.

Some of the Runes we find are based around the Trinity of Worms which is a Kantus Religion.

Finally Kantus don’t go lambent because they have been exposed to it for a very long time. They also ingest it for visions.

The obvious reason is they share no characteristics with the Drones, Boomers and Berserkers.

While the wiki isn’t the end-all it says they’re one of 3 primary subspecies of Locust, the others being Boomers and Drones. As far as as the sharing no characteristics, they sure as hell look more like a Locust than anything else on Sera and certainly have more in common with Drones than Berserkers.

I would love for this not to be the case as the Locust infrastructure and society seems like it should be much older than a couple generations. I assumed this was an issue with the lore, though.

The Swarm feel less organized but maybe that’s because I’m not used to this shift in enemies yet.

that also has to do with the swarm just barely emerging, they arent like the locust who had decades to prepare and the edition of a queen at their side. so by 6 we should see the swarm more equipped and more prepared (hopefully).

I thought that was the case though, I think Dom in gears 2 mentions when we encounter Nexus about how the buildings look older and too ancient to be built by the locust, but rather the Kantus.

Personally, I thought that line was more about demonstrating that Dom and humanity at large were wrong about the locust. In their minds, the locust’s only drive was to kill humanity, so the time where they were born/created and E-Day had to be close together. Prior to gears 2, they couldn’t imagine that they had built their own civilization and had been living underneath them for generations. Thus, making them older and more intelligent/skilled than they would expect. I guess it partly comes down to your willingness to believe that the locusts were able to carve out the city in less than 100 years.

good take! I didnt think of it like that.