The Mist Score Run! 3rd place on the leaderboards! 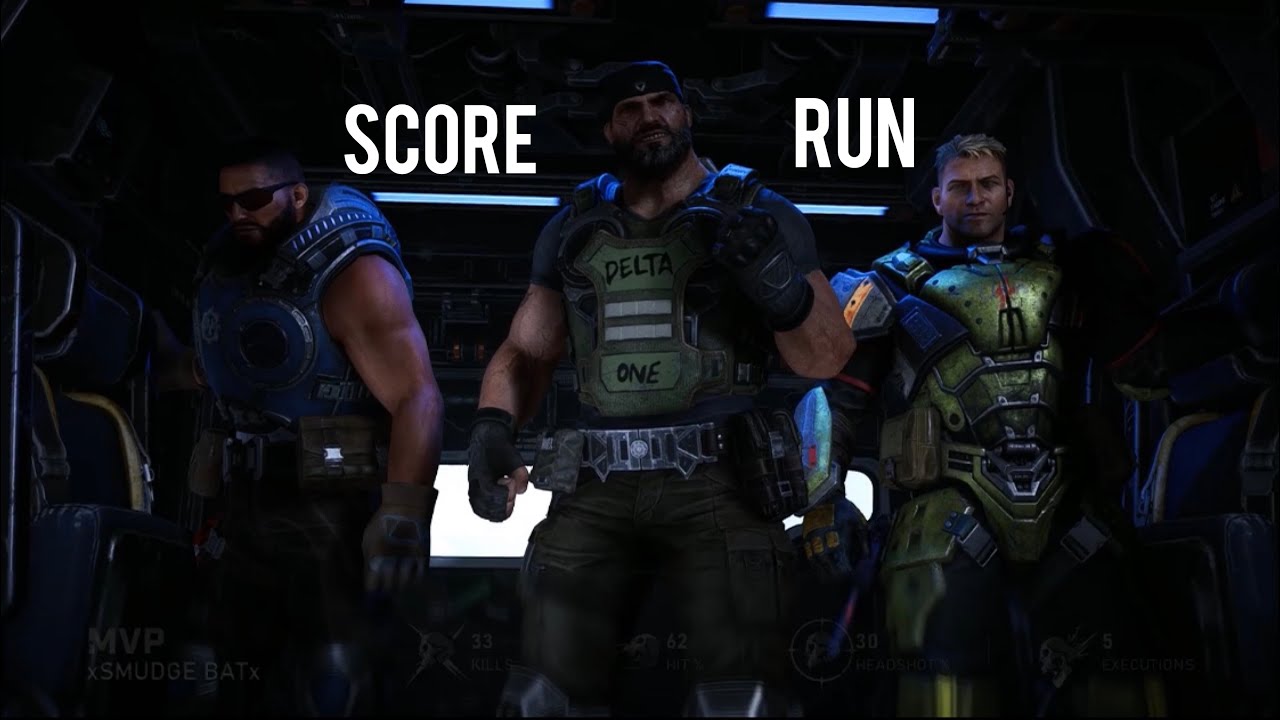 Here’s our score run on the mist which landed us 3rd on the list! No glitches/exploits done! Super happy with that score. A few screw ups which could have given us 1st .

Will check that out. I’ve been interested to see how the score can be maximized on this hive. This is the first hive I’ve played where the team really needs to be mindful of score just to crack top 5%.

Headshotting the sires was huge. Meat shielding the elites, headshot the scions. And marking everything you can. This run was on the harder score run as well. We got the warden and carrier. While getting the matriarch for the boss is ideal as its worth way more time.

Yes, from what I understand chainsaw and retro charge kills only count as a normal kill - there’s no execution bonus, so for Sires in particular (active) headshots (and marking them) are the best way to maximise points. On my run, Kait did alot of this using the Overkill although i (as Fahz) was able to get a few as well.

Enemy spawn-wise, is there a major difference between the possible spawns? I was thinking about it myself but I wouldn’t be able to calculate it properly beyond the larger enemies. Trouble is there are obviously smaller enemies too like Drones and I don’t know how much variation there is on their numbers.

Using the final encounter as an example, on the surface the Matriarch spawn seems most ideal as I udnerstand it’s worth the most points for an individual enemy.

However if you get a Carrier, you also get two Salvo Scions and altogether all three of them add up to the same base points as a Matriarch. However if you mark all three and also active headshot the Salvo Scions then you get more points with the Carrier spawn. But then with the Matriarch spawn you also get two Dropshot Scions further back near the helipad which are worth fewer points individually compared to the Salvo Scions, but this then pushes the Matriarch spawn back up again on potential points. But (again!) once you close the helipad door you get two extra Scions - the same as earlier so either Savlos or Dropshots depending on spawn, so if these two are killed then I think it probably comes close to evening out the scores. I reckon it’s a case of making the most of the potential points and trying to nab all opportunities as possible.

As I said, this is just the big enemies. I don’t know if either spawn has a big variation of drone enemy numbers. I managed my time through the Carrier spawn, which is -02:25:27. We also had the Warden spawn, which on the surface gives less points than two Scion Dropshots (which is the alternative spawn).

Carrier spawn also gets a warden before the final room

Ah, I see. So these two encounters (in part 2) are directly connected?

I also noted the swap out of explosive headshot for icy precision. Makes some encounters more difficult due to missing the splash kills but better for score, I assume, and slowing down Sires to headshot them. makes Fahz more useful vs bosses, as well providing a better use for all that excess Markza ammo. Markza is much more plentiful in this hive when compared to the longshot. Longshot can run low especially when there’s another character taking blue boxes, and you haven’t worked out the ammo sharing technique, which is a problem with randoms.

Yes. Explosive ruins score runs. The longshot is mainly for scions to 1 shot so their shields dont activate. As well as annoying elite drones who pin us.

One of us died. That 5min punishment cost us the world-record :>

#4 means you are the second best team. We got our time and it was initially second then you teamed up with one of the players from the #1 team and beat our score. We may have been second for a couple hours at most.

Well duh, but it was uploaded today that’s why I’m confused.

Yes we did it yesterday lol.

I’m honestly trying to figure it out myself still. This was our first time even trying this map so we are still learning.

Before the safe room is far more obvious, Automatic restart if you don’t have elite hunters.

Elite hunters are worth more than elite grenadiers. It might be closer than we think in terms of score post-safe room. Our run had many flaws though and missed opportunities. Decent first try nonetheless.

I find it funny and paradoxical that to get the best scores in this mode, you have to kill everything.

But the whole point of “hive busting” is to plant the venom, get to the end, and shut the doors so that the venom… wait for it… kills everything…

Theoretically speaking, shouldn’t the leaderboards rewards speed runners who go out of their way to pick up the COG tags?

It is very uncommon for score runs to be released at all but hopefully this one helps you. I have one from Paduk’s perspective on my channel. I personally need to get better at marking. It’s super basic but I neglect it sometimes.

You also need to Practice your active reloading Lol…Oh and don’t forget to ALHM if you wanna beat the top team. Who do I give credit to for that one???