The Mechanic’s tracker ultimate was better than the turret. Change my mind 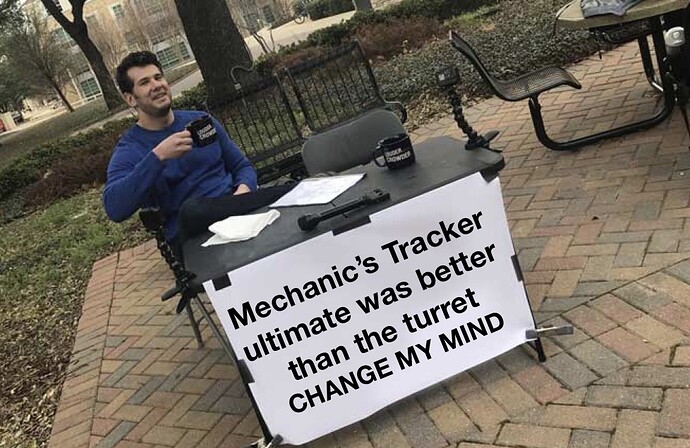 Turrets? Ain’t nobody got time for turrets.

My experience of people who challenge others to “change their mind” tend to have no intention of changing their mind.

That usually goes with the meme the OP has posted.

I can’t say I favor one over the other except that somehow TC playtesting, should it exist, missed the fact that the turret summoning completely freezes the game for a second.

That usually goes with the meme the OP has posted. 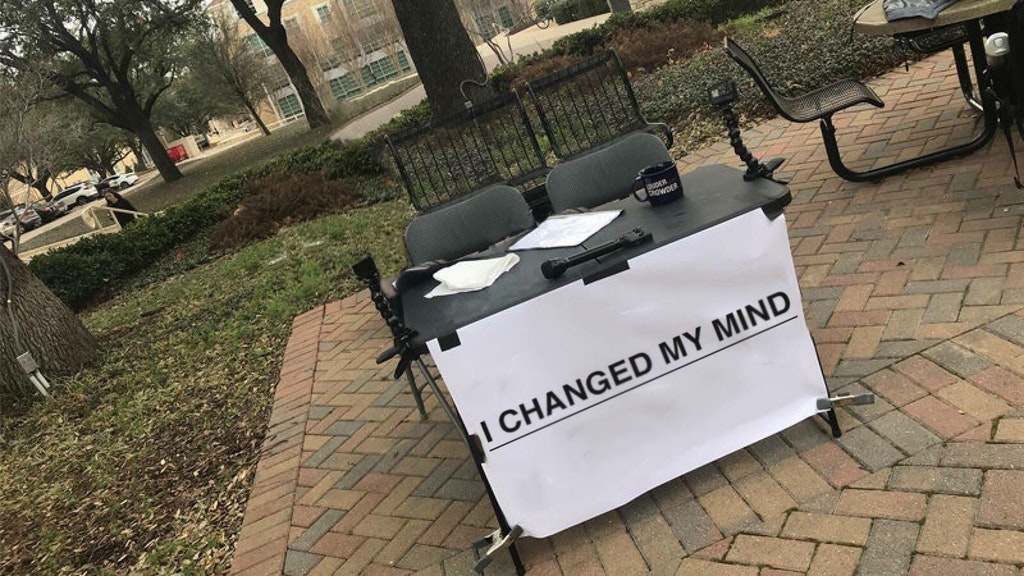 Usually does not mean there can be no exceptions.

It does not mean I have seen them posted in a specific context about someone having changed their mind.

No one solod the surge with the trackers, once they got the turret? Someone was able to. Thats some pretty good proof right there.

lol, this is exactly correct and like others have said, you can control the turret and not the trackers so there’s that.

I’d argue the Trackers may’ve been better for Horde if for no other reason than you could pop them frequently without distracting yourself from your engineer duties. I find on Mechanic so far I’ve rarely actually pulled out my turret because a) I have to repair stuff and keep up my stim, and b) no one else seems to grab it if I just pop it and leave it there.

The little balls of death often went for the wrong targets or exploded after someone already killed the target, but so far the turret seems even more useless in most situations.

Escape, though, is probably a much different story. Haven’t tried him on it.

When I played horde as Del I preferred trackers.

I agree @Siul_S249 solo on the Surge as Mechanic with the new ult was magnificent.

But having said that - I’d rather have bleeding trackers.

I hate that in horde when you activate turret it causes a freeze in the game. Also nobody seems to want to use the turret and as @staindgrey mentioned when you are mechanic you have sh*t to repair and no time to stand and shoot.

Tbf, usually you shouldn’t have to be repairing anything mid-wave. Unless you run a Mechanic build with the nearly indestructible barriers.

Well, just in general I don’t like using turrets. I don’t have the card equipped any way.
Never liked using them in g4 and not using it now.

My build is usually all about forts.

When I’m on mechanic, I’m always out repairing to take advantage of the stim, and often use the insta-stim as a way of reviving teammates or kicking away leaches that won’t stop eating the tap. It’s less of a “things need repaired” situation and more of a “I want to be active” situation.

On Robotics Expert I stay back and snipe, but Mechanic I play much differently and the turret doesn’t seem conducive to that.

Trackers were only good for puns pertaining to one’s balls.

Tracker balls were similar to DR1. I would always mark the enemies before deploying them.

Also I used them in rare occasions when there was nobody shooting at the enemies. Or when we would have The Big Mama and I would bleed her.

I’m always out repairing to take advantage of the stim, and often use the insta-stim as a way of reviving teammates or kicking away leaches that won’t stop eating the tap.

One of the must have cards. Unfortunately I don’t see a lot of Mechanics using this card. I find it very useful most times.

Sometimes, the turret doesn’t even spawn when you call them.

When I’m getting ambushed, I still got habit of pressing y button thinking trackers will spawn. ■■■■ sake.

This is the best argument I’ve heard so far.

Dels blue balls were nothing but a nuisance. The turret can at least kill things. I love the rework. Though I would rather just be able to build a turret like in gears 4. Something for the non dmg dealing classes to contribute besides hoping something drops a tri shot.